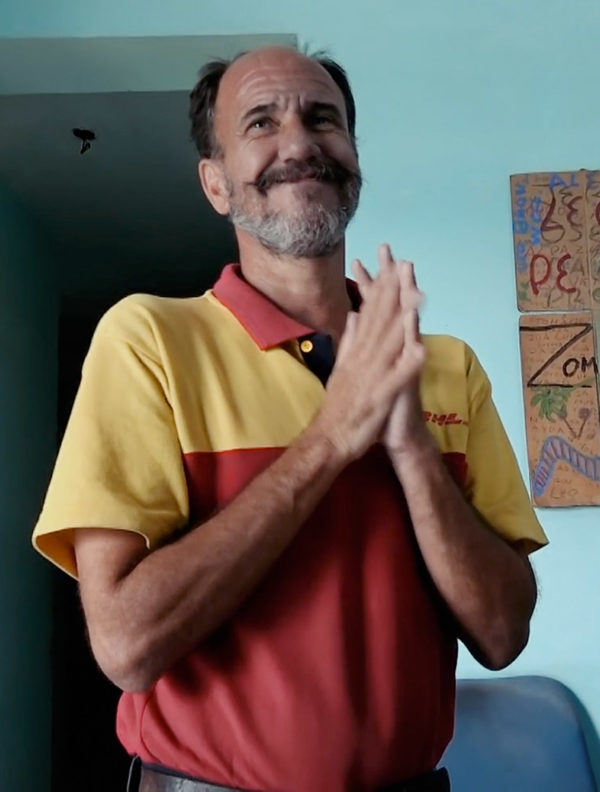 Carlos Huergo graduated in mathematics from the University of Havana. In 1990, his mother died unexpectedly while he was in Czechoslovakia (now the Czech Republic) for a student exchange. At that period he began to exhibit serious behavioral dysfunctions marked by aggressive attitude towards his school colleagues. He was brought back to Cuba under sedation and a straitjacket. Diagnosed with schizophrenia, he was hospitalized. Shortly after the onset of his illness, he began to draw, mainly on cardboard and sometimes on pieces of wooden tables. His paintings integrate a multitude of signs, languages, codes and mathematical or even kabbalistic formulas; he says that he was initiated into the Kabbalah. The history of his country is omnipresent in his work but he also expresses in a more or less hidden way the pain of his existence exacerbated by a political regime that oppresses him.