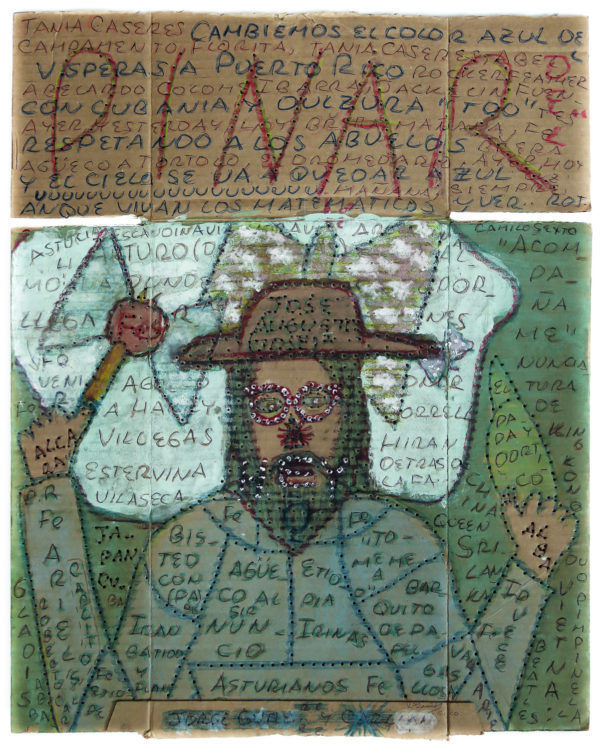 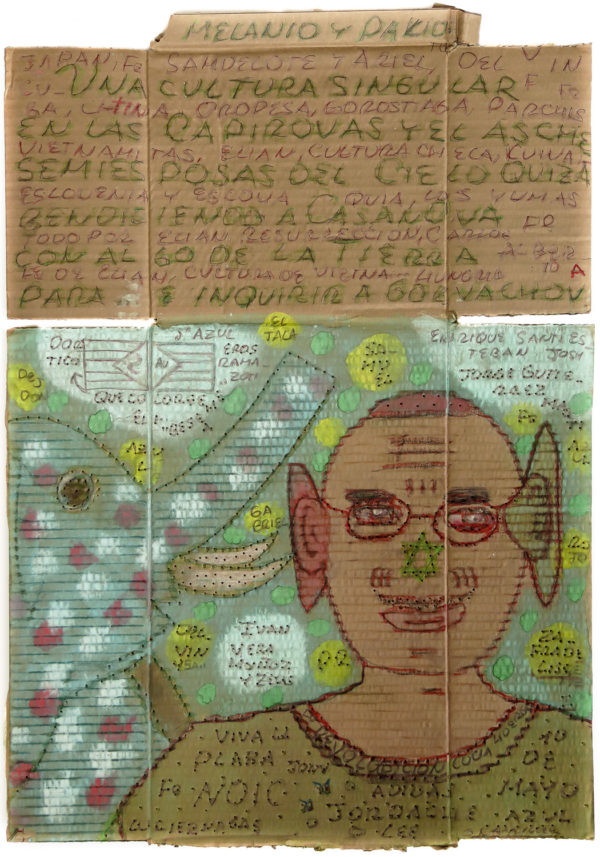 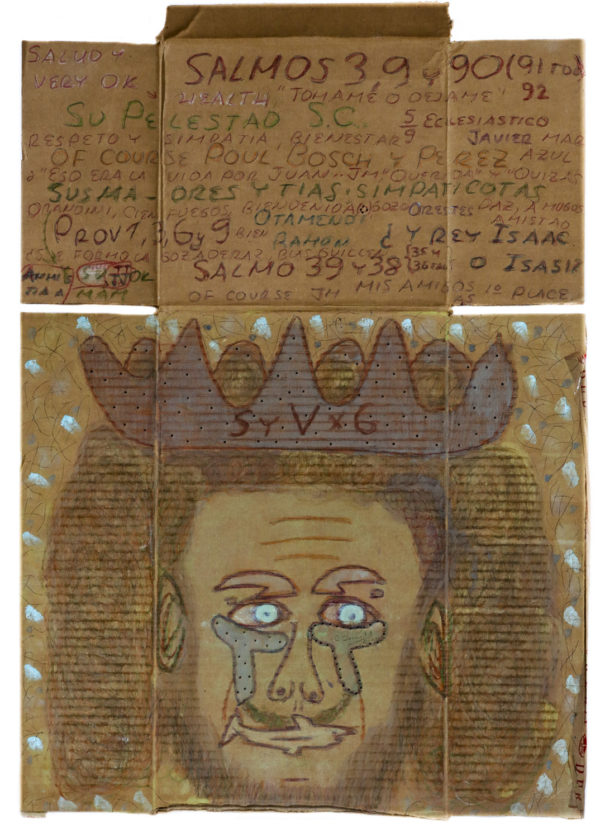 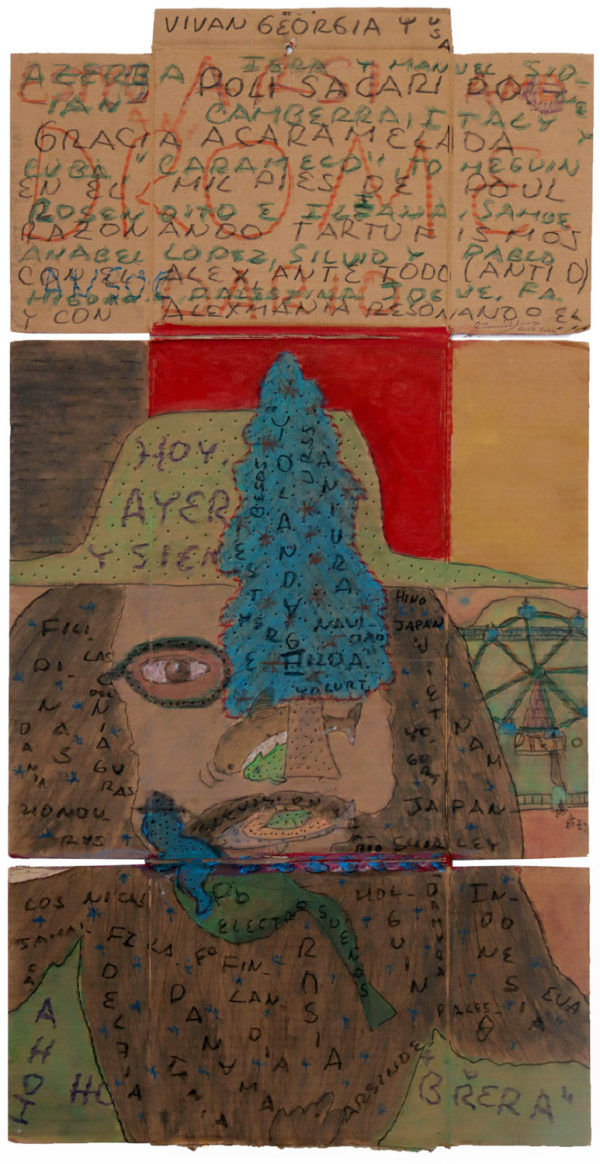 Carlos Huergo graduated in mathematics from the University of Havana. In 1990, his mother died unexpectedly while he was in Czechoslovakia (now the Czech Republic) for a student exchange. At that time he began to exhibit serious behavioral dysfunctions marked by aggressive attitudes towards his colleagues. He had to be repatriated to Cuba under sedation and a straitjacket. Diagnosed with schizophrenia he was admitted to the hospital. Shortly after the onset of his illness, he began to draw. He mainly works on packing boxes and sometimes on pieces of wooden tables. His paintings incorporate a multitude of signs, languages, codes and mathematical or even kabbalistic formulas; he says he was initiated into the Kabbalah. The history of his country is omnipresent in his work but he also expresses in a more or less hidden way the pain of his existence exacerbated by a political regime that oppresses him.