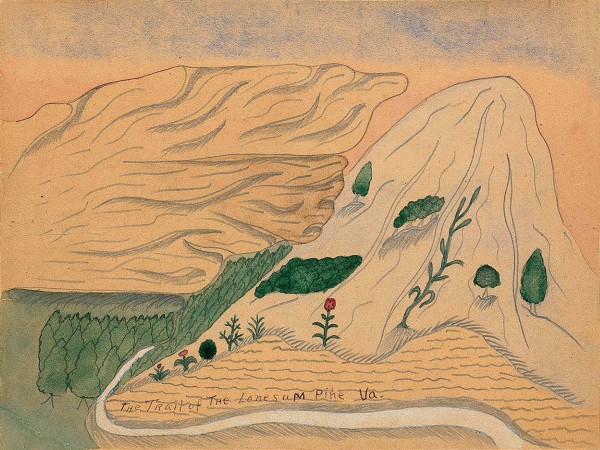 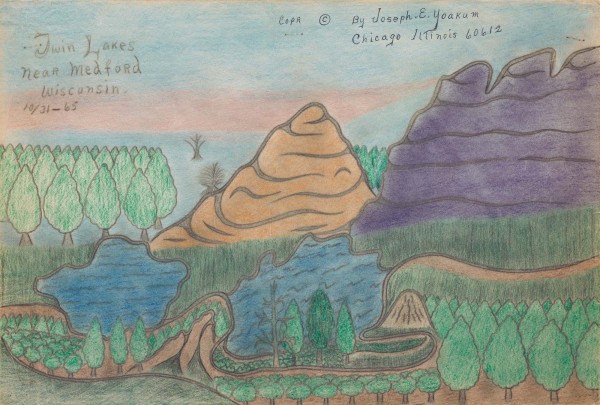 Joseph Yoakum called himself the “Old Black Man” and said to be a Navajo Indian. Almost illiterate, he fled at the age of fifteen to join a circus, then became a sailor and seems to have travelled a lot. Married twice (around 1910 and in 1929), he was drafted in the First World War. While his activities between the wars are uncertain, in the 1940s, he settled permanently in Chicago. Widowed, in 1966 he opened a small shop and sold bric-a-brac and paintings. He began to draw, saying that he was inspired and guided by God. Some drawings bear an inscription indicating the country and the place he represented, sometimes he even added his address, the date and his copyright. Joseph Yoakum’s landscapes, while they emanate stillness, recall anatomic plates, in which the mountains resemble sections of the brain and his rivers recall blood vessels.