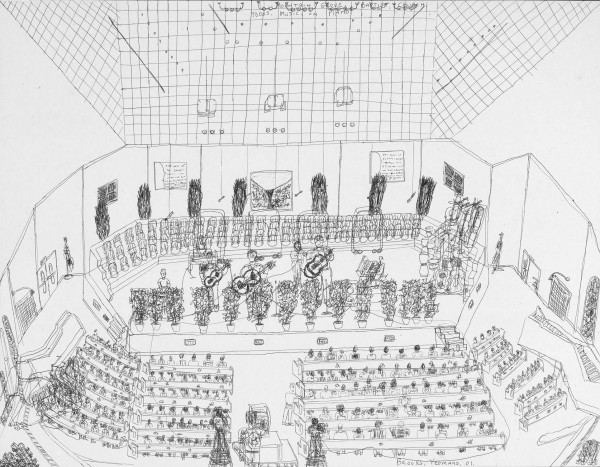 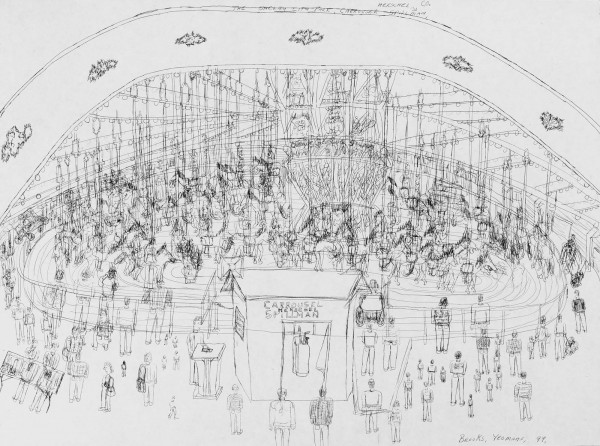 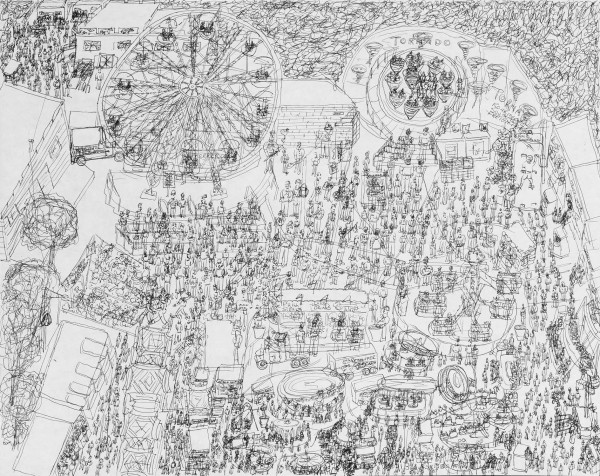 Son of a doctor, Brooks Yeomans is the third of four children. Despite his disability — he was diagnosed as “mentally challenged” — his family tried to make him live a normal childhood. Once he completed his high school studies, he continued to live with his parents until his mother died, after which he was placed in a specialized institution. It was there that he began his artistic production, which he continued in the Signature Home in Morganton, a home for artistically gifted disabled adults. Brooks Yeomans is a sort of “pictorial chronicler.” Every day, he notes in his drawings with careful precision all activities he has observed or in which he has participated. His drawings are “spatial views” yet they combine several perspectives.