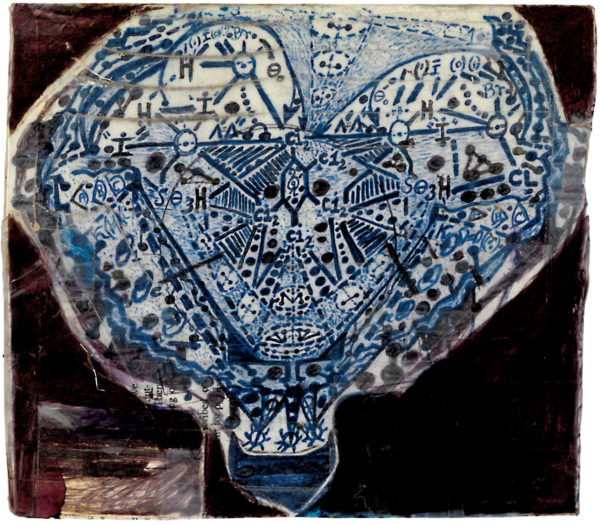 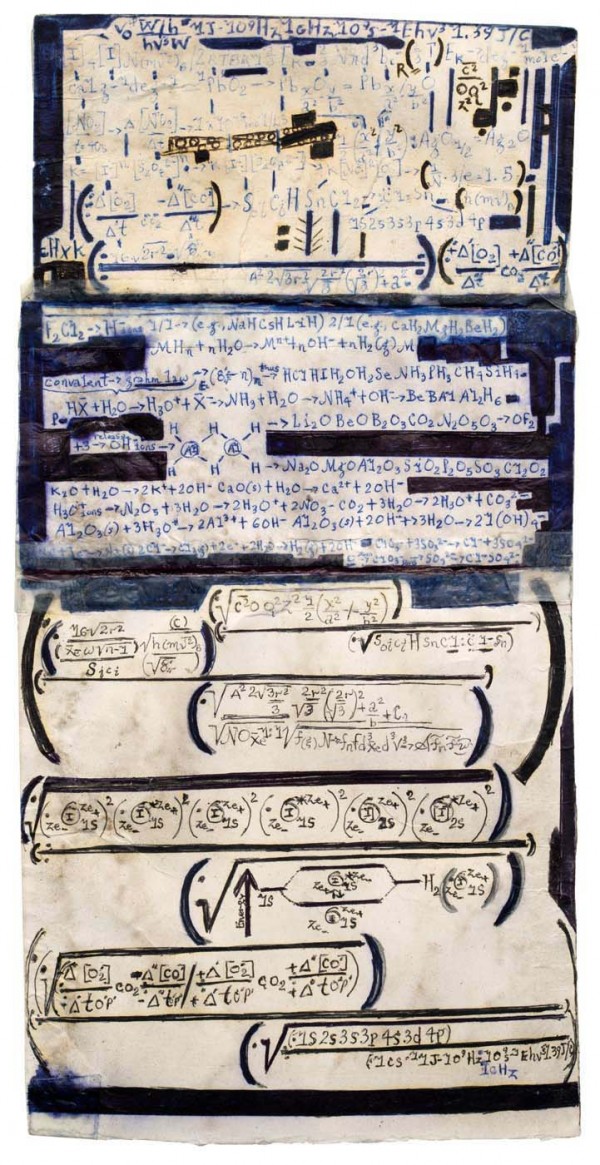 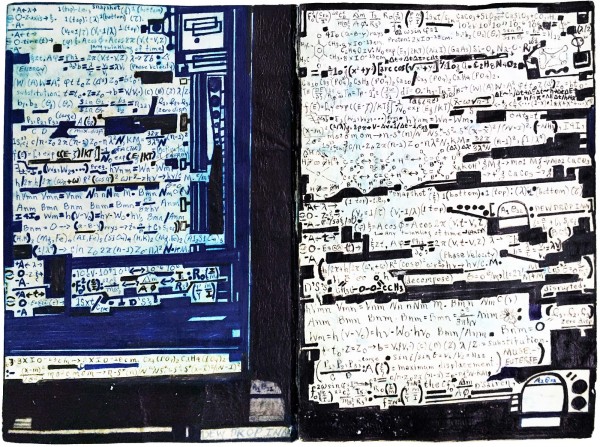 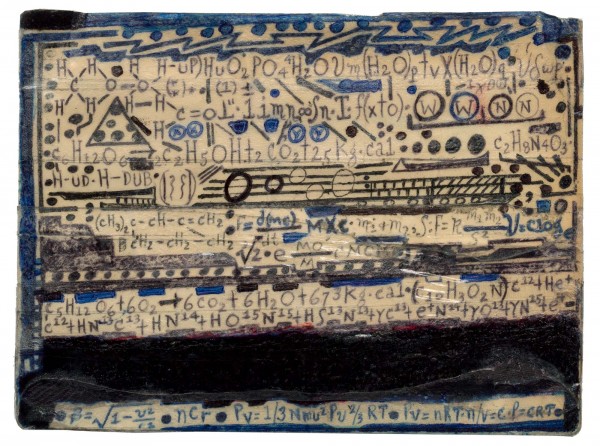 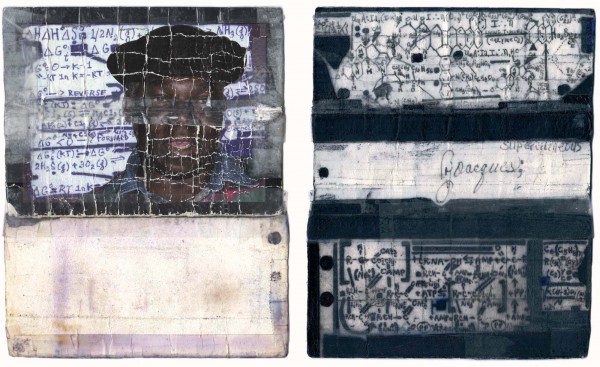 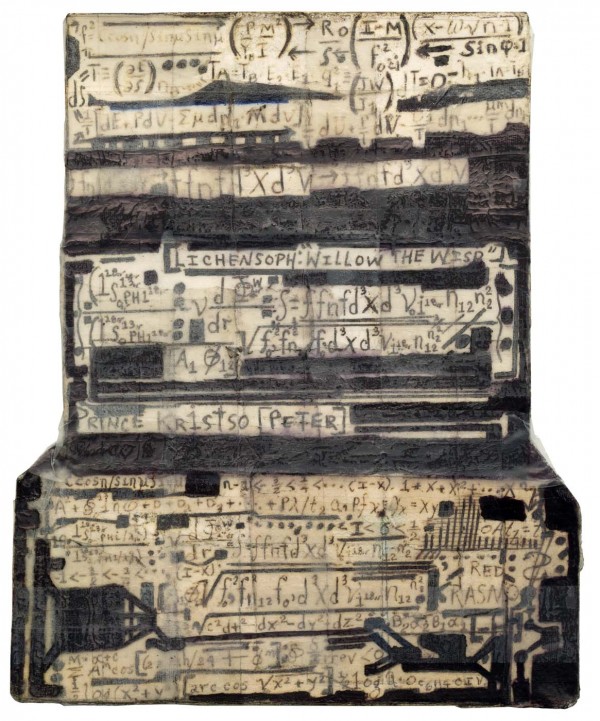 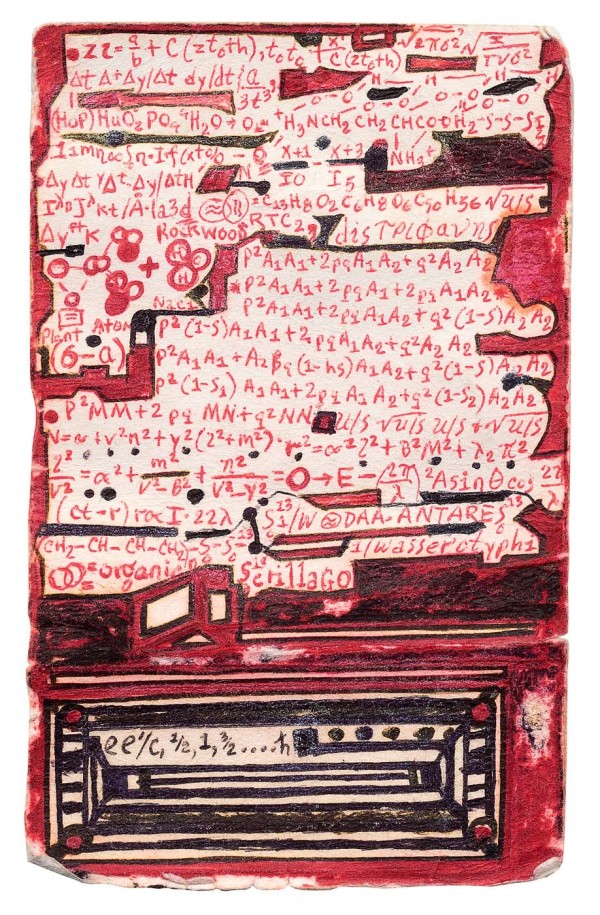 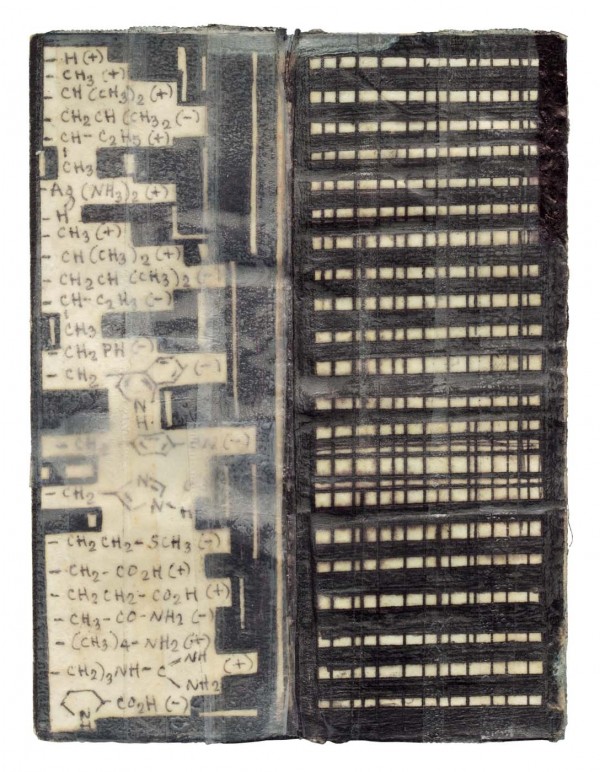 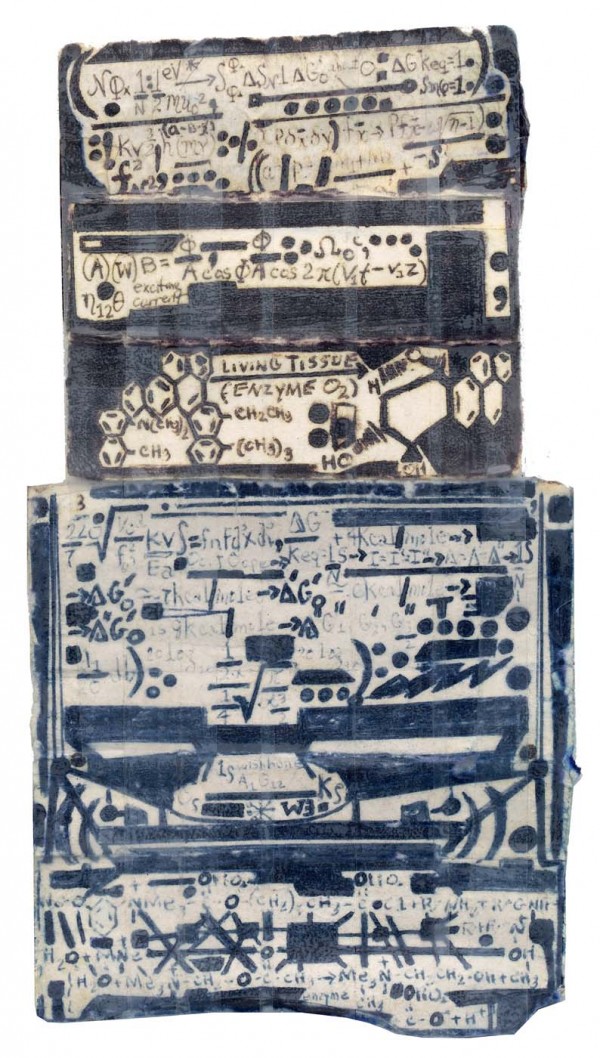 Born in South Carolina, Melvin Way was raised in Brooklyn by a relative of his family. In high school, he developed a passion for science. As an adult, he began to experience psychotic episodes that forced him to break off his studies at the Technical Career Institute in New York. He soon found himself on the margins of society and living on the street. In the 1980s he met the artist Andrew Castrucci who took care of him and encouraged him in his artistic work. Later on he was a frequent visitor of  the Healing Arts Initiative (HAI) in New York. Melvin Way draws on on small formats — which he keeps folded in his pocket or hidden in books — made up of small pieces of paper glued together, blackened with a ballpoint pen with “mathematical” or “chemical” formulas, accompanied by symbols and enigmatic words, then covered in places with adhesive tape. Melvin Way associates events of the past with those of the present; successions of imaginary facts — very real for him — structure his world. In a film that Bruno Decharme devoted to him, he affirms for example: I have had amnesia for thirty-five years. Now I am a different person. The same, auto-identical… I am 58 years old but next year I will be around 473 years… I don’t draw, I do repair science, medical science … I have bought Puerto Rico, my palace was in Texas… I was in the Himalayas, my bedroom was in the Guggenheim, Salomon Guggenheim, my little Solomon. ” He claims to have been President of the United States on several occasions, to have played in famous funk groups. His drawings or formulas — there are about five hundred — have required many hours of regular work, sometimes years apart. Melvin Way often urged HAI to warn the collectors who purchased his works not to attempt to use the formulas in his works because they are, according to him, “powerful and too dangerous.”