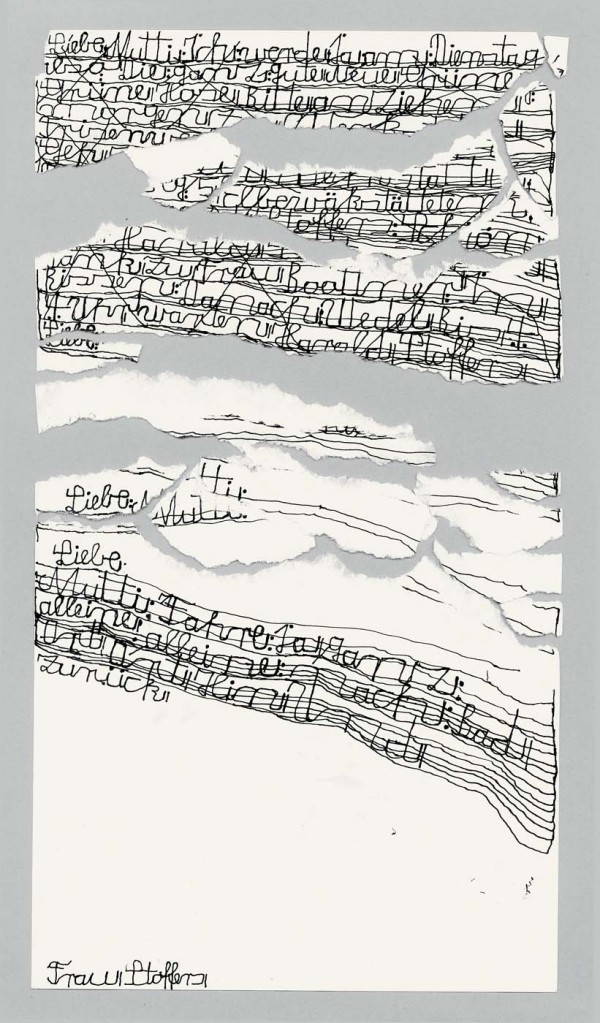 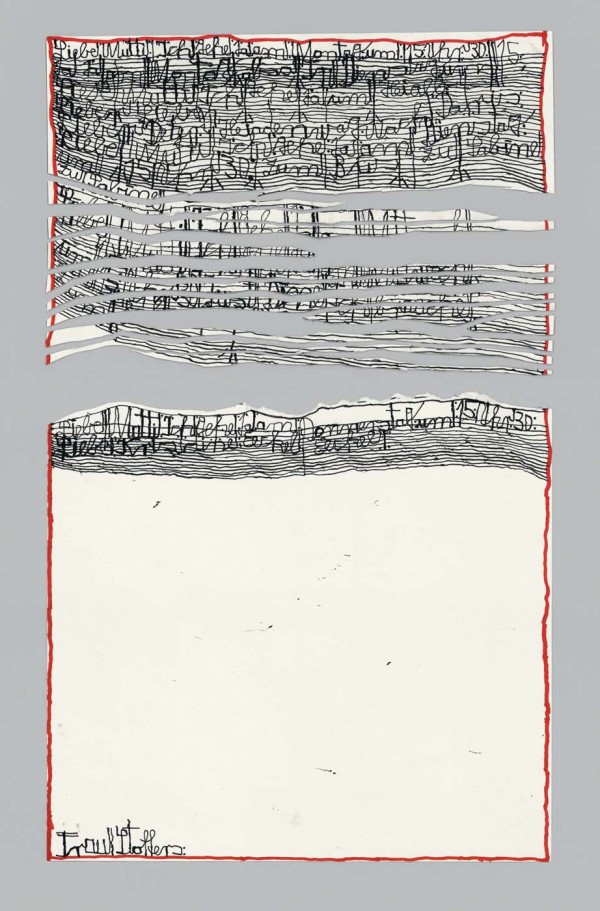 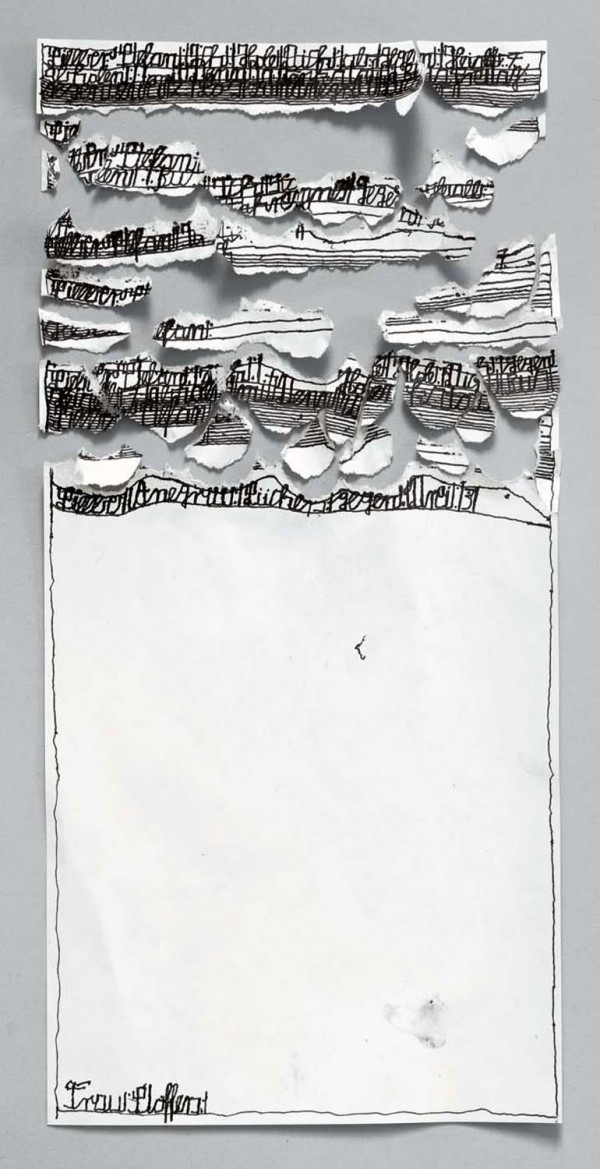 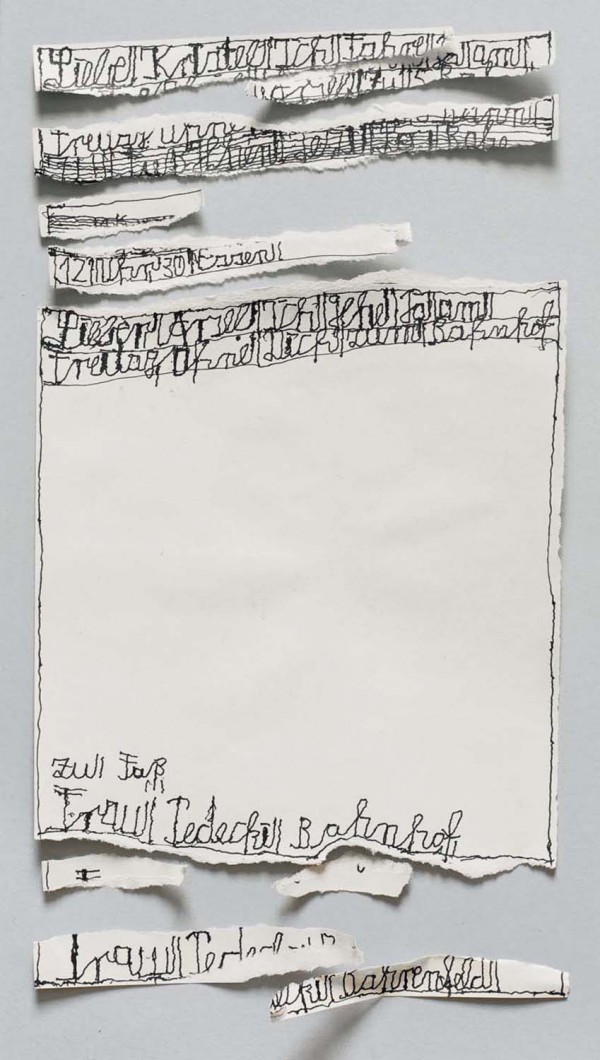 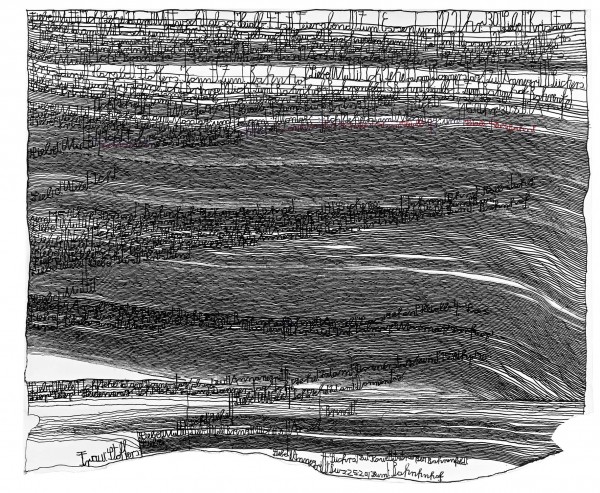 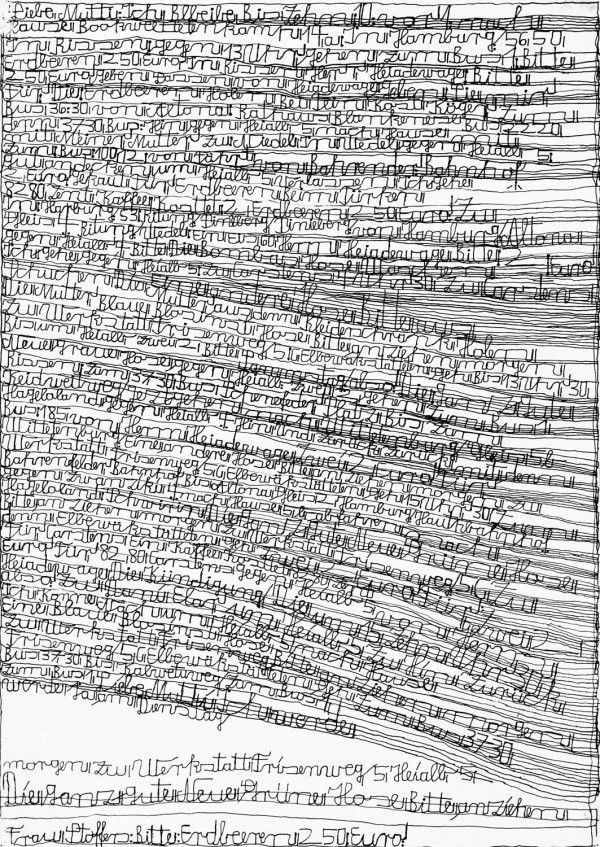 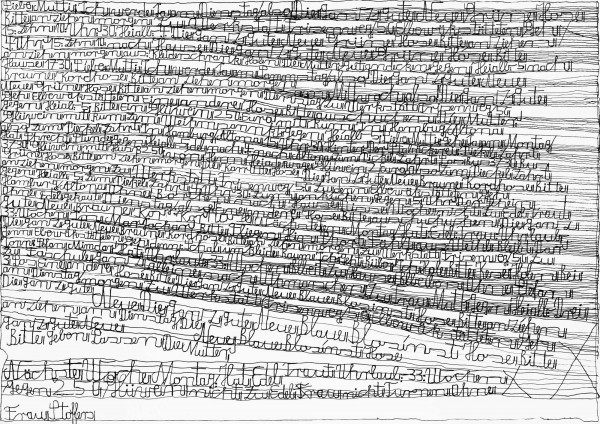 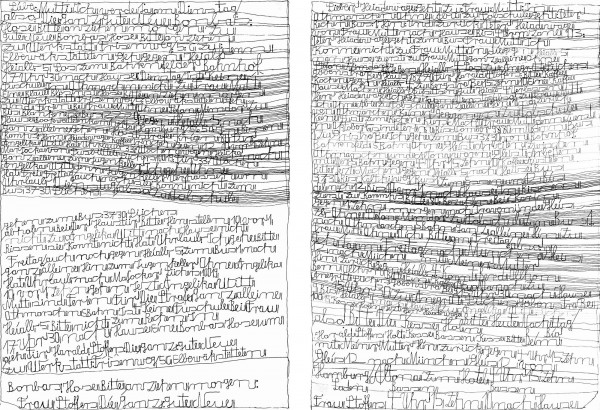 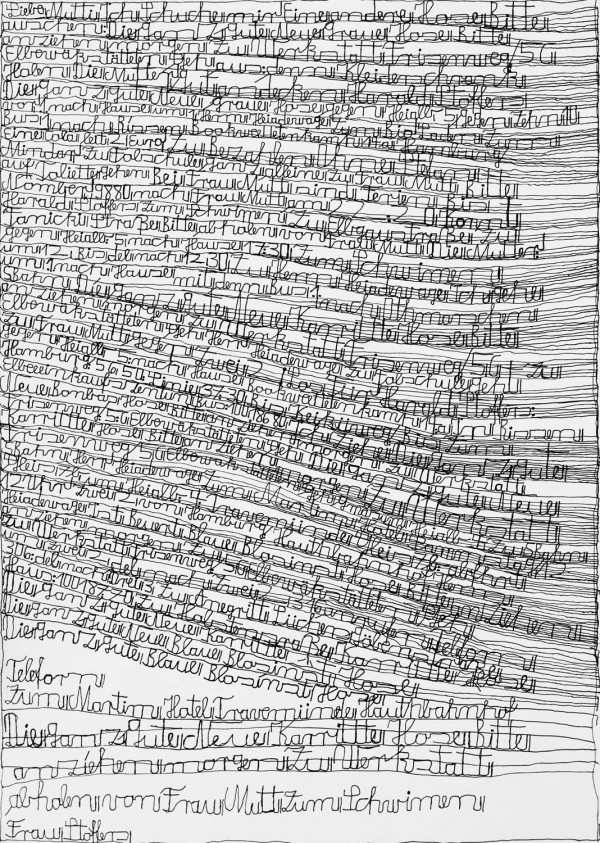 Stoffers has suffered from serious mental problems since childhood and was committed to a mental hospital at age  22. Here, he began to write individual words on pieces of paper that he placed all around him. Over time, these works evolved into long letters addressed to his “dear mother” in which he describes the day’s events or what the future holds. His text is written into meticulously drawn lines resembling a musical staff, thus transforming his banal writing into a visual poem. Afterwards, Stoffers sometimes carefully tears these letters apart.