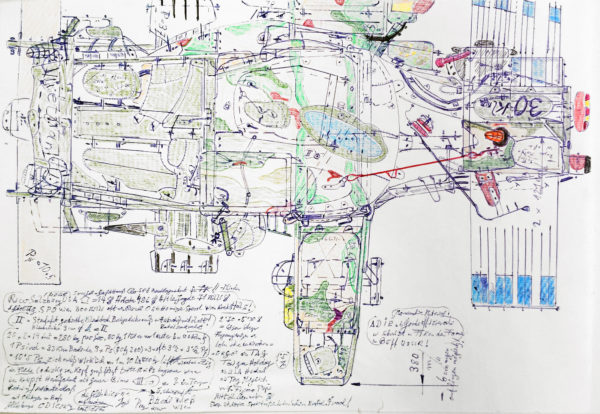 Johann Stek has worked in metal industry. Married and divorced, he is father of a boy. He suffers from psychosis but was never treated, apart from some non-voluntary stays in psychiatric hospitals. Between 1997 and 2007 he lived in his house, which he never left, with broken windows, no heating, no food or sanitation. Since then, various alterations and renovations have been made to provide a minimum of comfort. Johann Stek rejects television and radio; he has no clock, does not read newspapers, but likes perusing illustrated magazines.