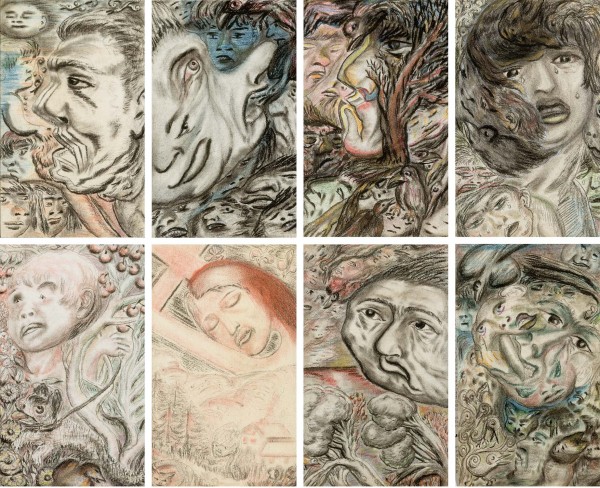 Maria-Faustina spent her early childhood in Italy before her father crossed the Alps in search of a better life in France. He stopped in Haute-Savoie in the village of Thônes and opened up a business.  Maria Faustina Stefanini — Mariette in France — helped her father in the shop. A beautiful young woman, with a a strong and liberated character, she got involved in several relationships and gave birth to two children that she gave up for adoption.  Her life changed when she decided to become an actress. She was tempted by the high society life of Paris and married Marquis of Thèze, whom she left soon after. To revenge himself, the Marquis had her arrested at the end of the Second World War for espionage. Incarcerated in the prison of Nontron the Marquise nevertheless managed to regain her freedom thanks to her charm.  She ended up living alone in Lamalou-les-Bains in the province of Hérault. She never received any artistic training, yet she created over a period of one or two years, a technically mastered work, both free and inventive, consisting of about three hundred charcoal drawings, mostly drawing on Mobil Oil  petrol station invoices. The fear of of physical deterioration is ever present. Her own history is described in a feverish, hallucinatory fashion — her family reported that she was very close to spiritualism. Intrigued, her neighbor did force the lock, found the weakened marquise and discovered with amazement all the walls of her apartment covered with frescoes in the same style as her small drawings. Maria Faustina Stefanini died in a hospital few days later.