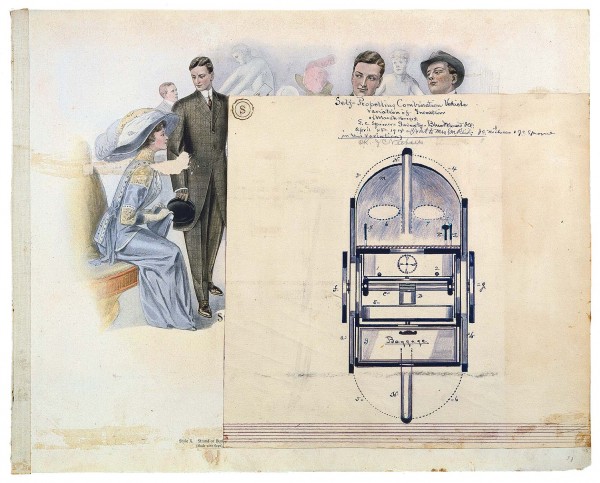 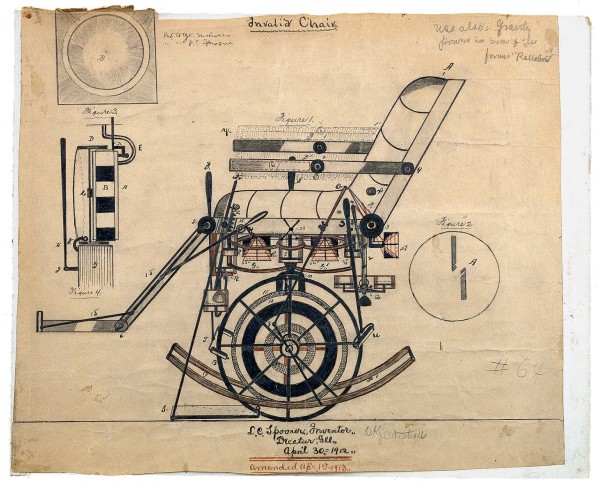 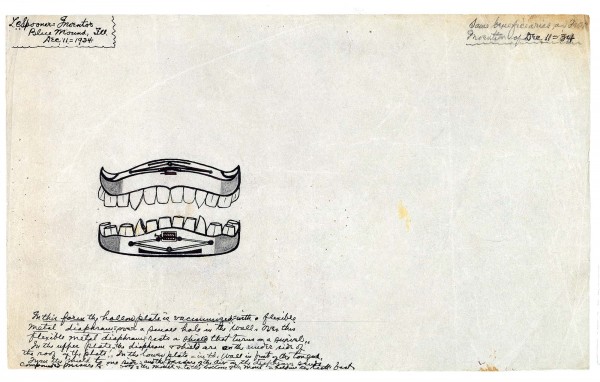 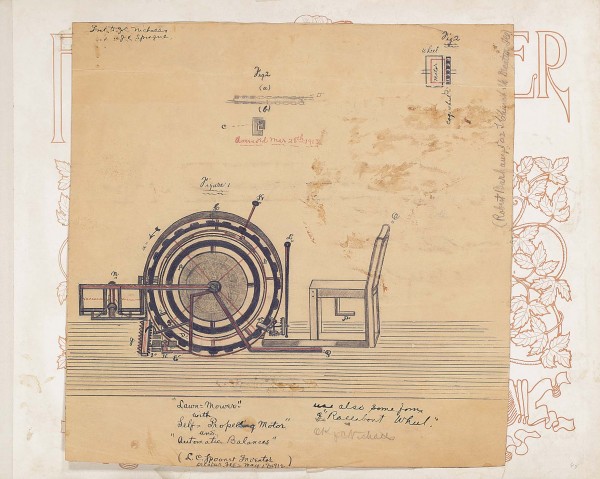 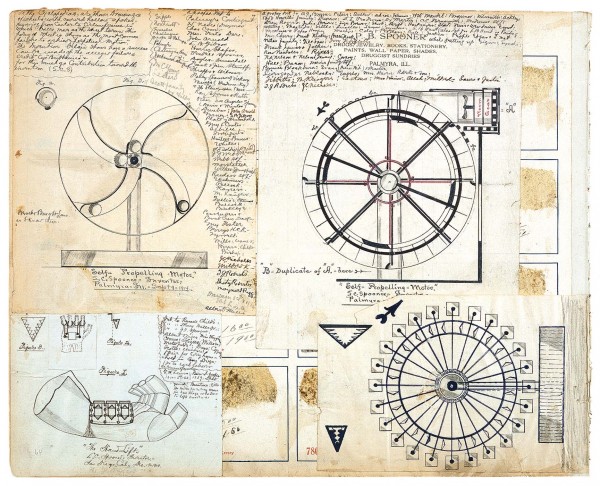 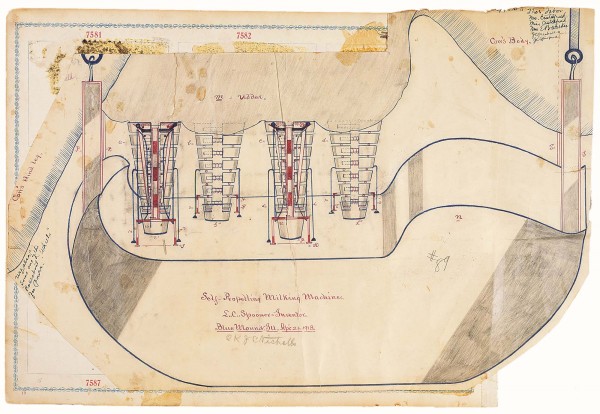 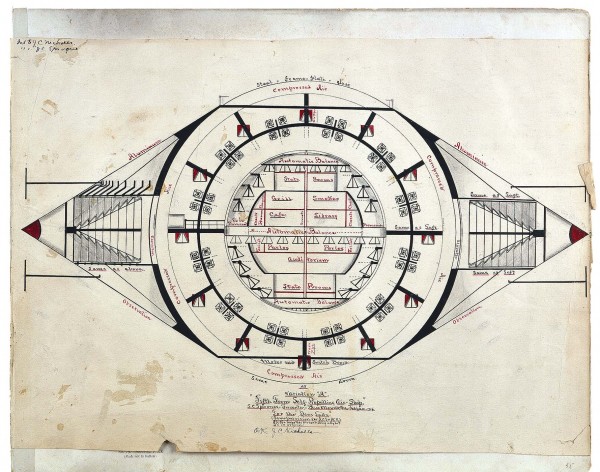 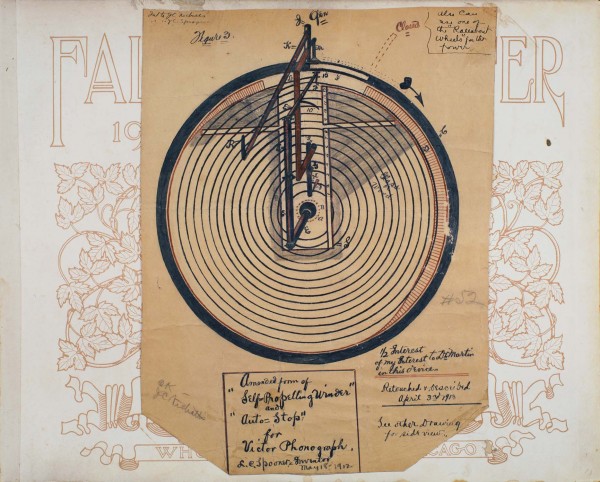 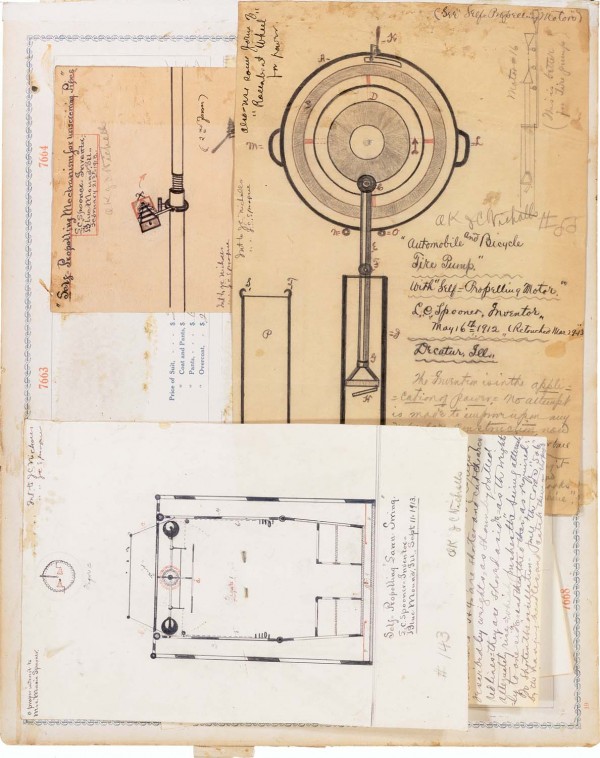 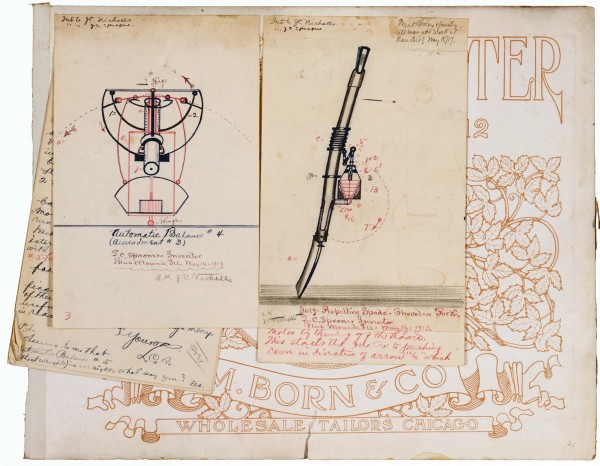 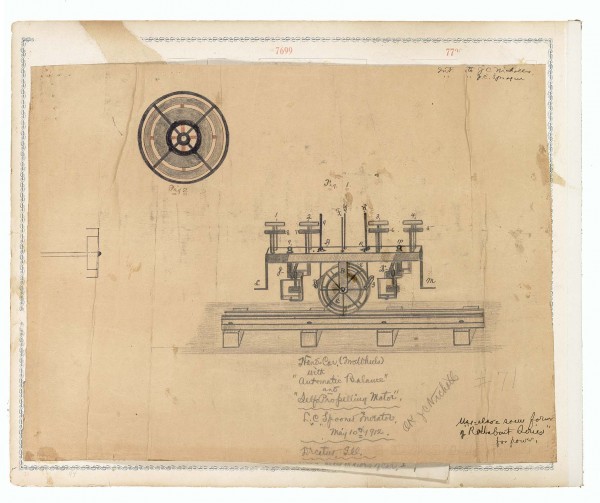 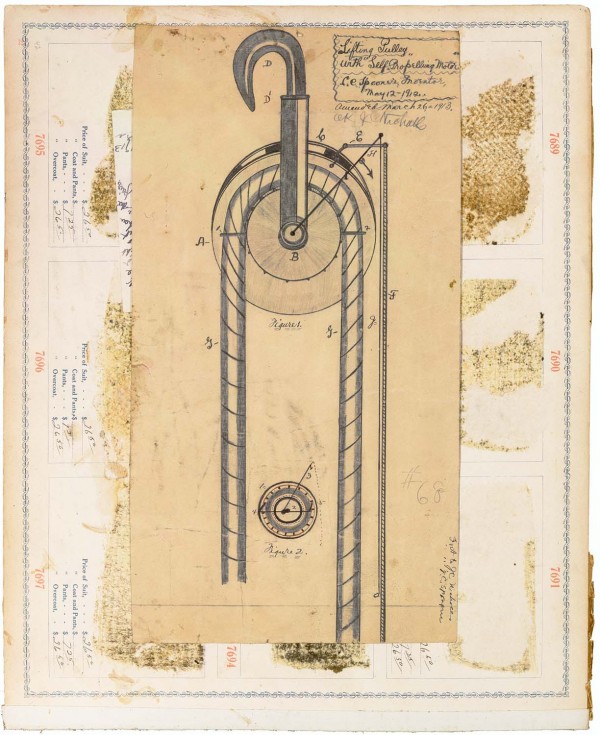 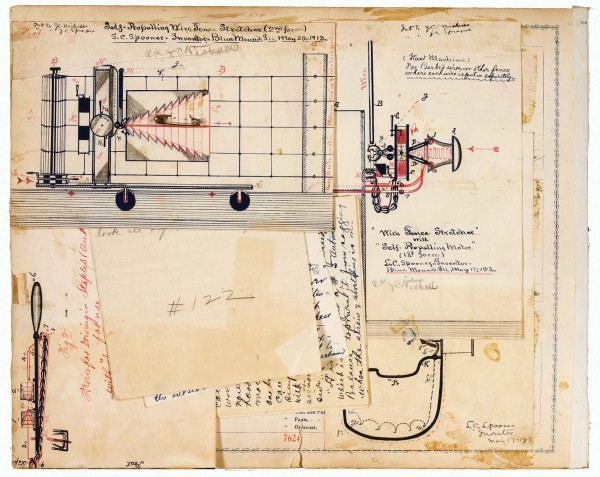 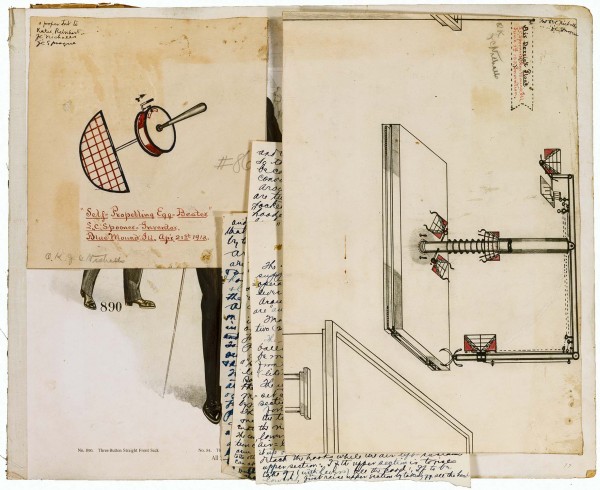 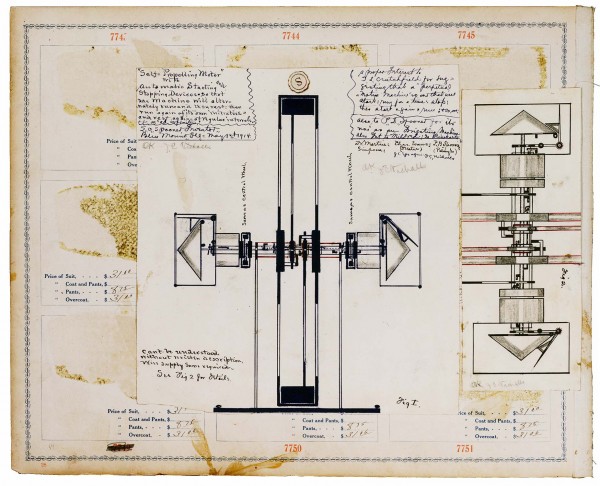 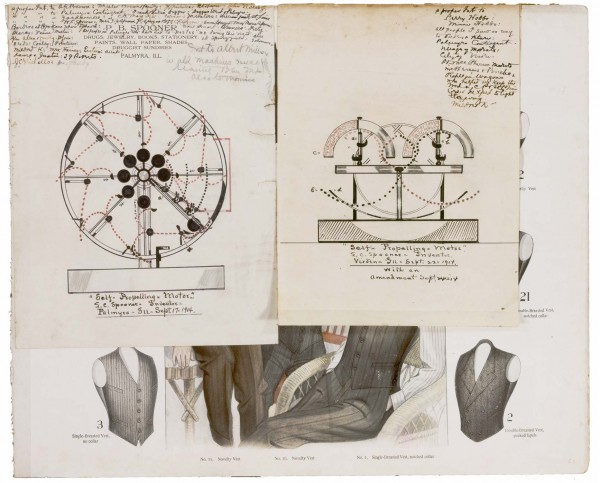 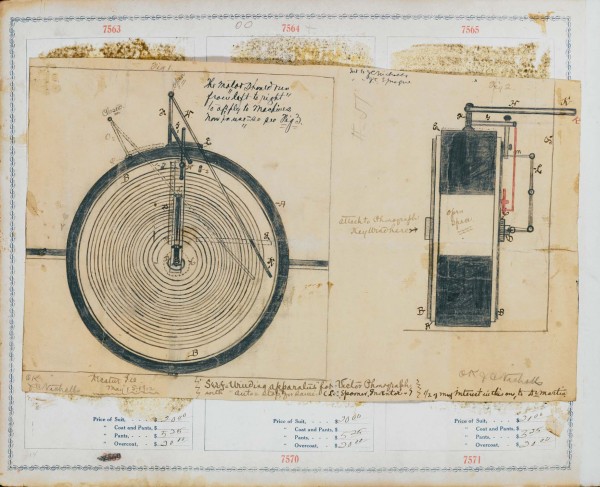 Lawyer, Lee Spooner Cordova came to St. Louis (Missouri) and lived in Decatur Palmyra, Wisconsin. Besides his job, he seems to have been a self-taught engineer as is attested by a patent for a machine selling cigars he officially filed in the US Patent Office in 1904 — a machine built in the same year by Peter Manufacturing Company. Most of his other plans, signed “L.C. Spooner Inventor,” reflect utopian projects conceived between 1911 and 1934: these machines or everyday life objects based on the principle of self-propulsion (engines, trash cans, scales, self-propelled finger-lifter, etc.). They were originally glued to the pages of a large advertising catalogue devoted to fashion in which L. C. Spooner also hid his explanatory patents, attached with straight pins or safety pins.