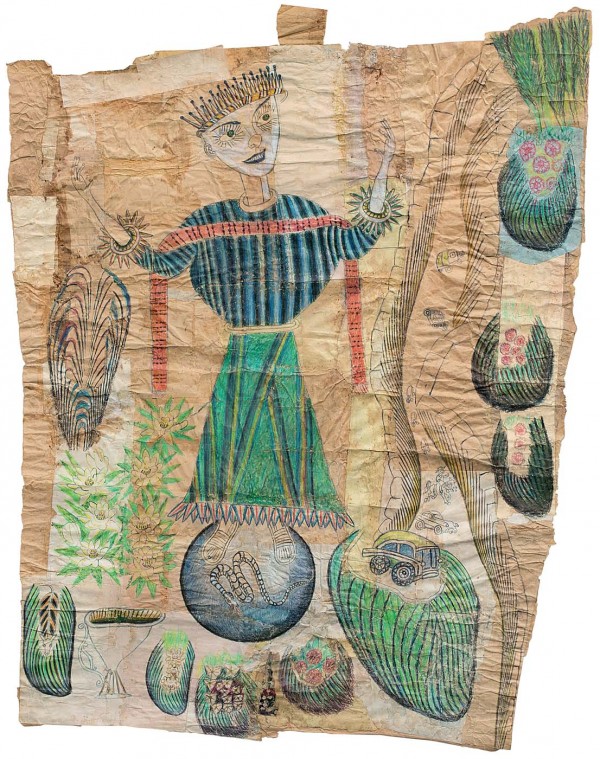 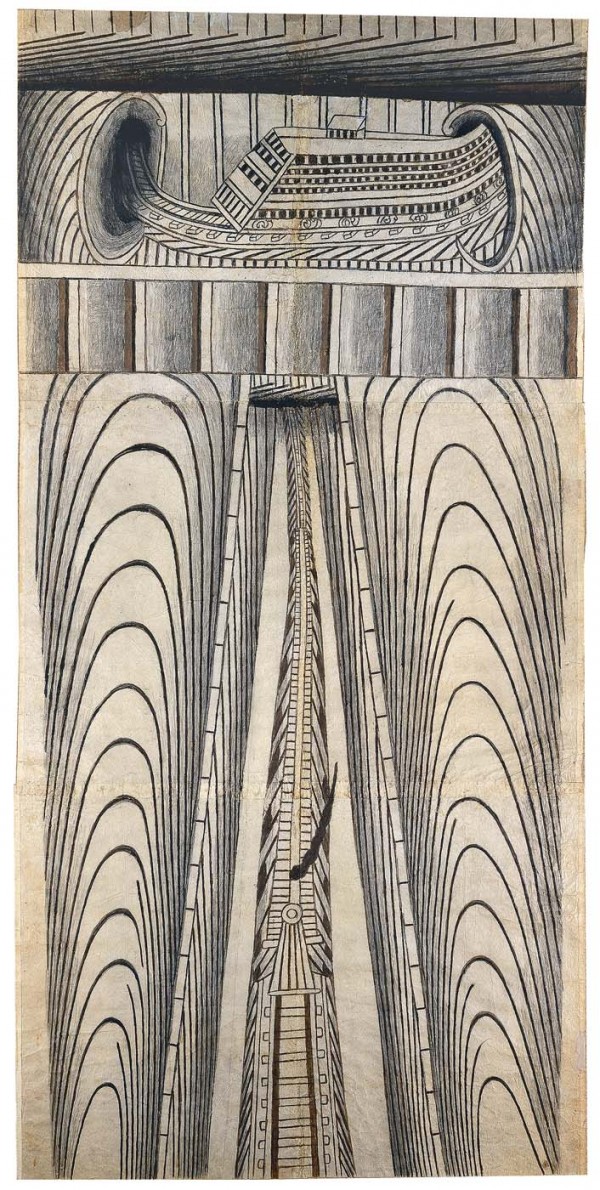 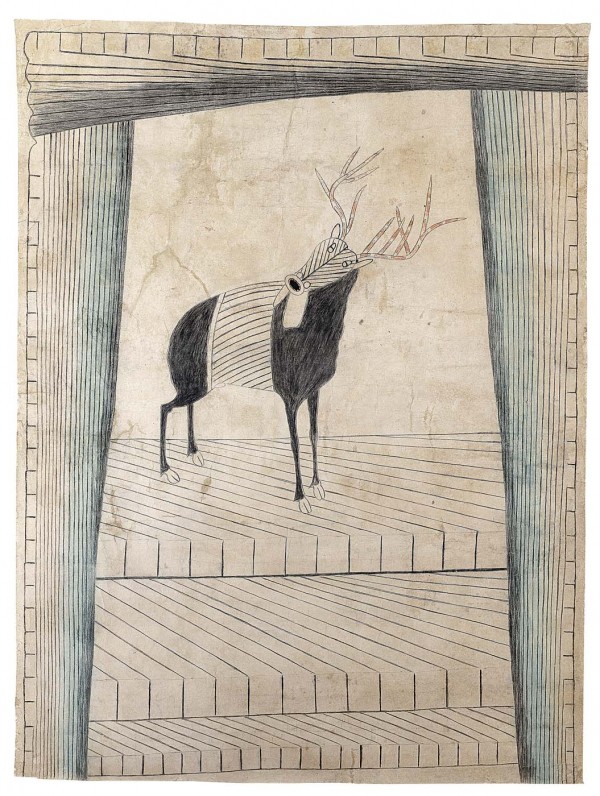 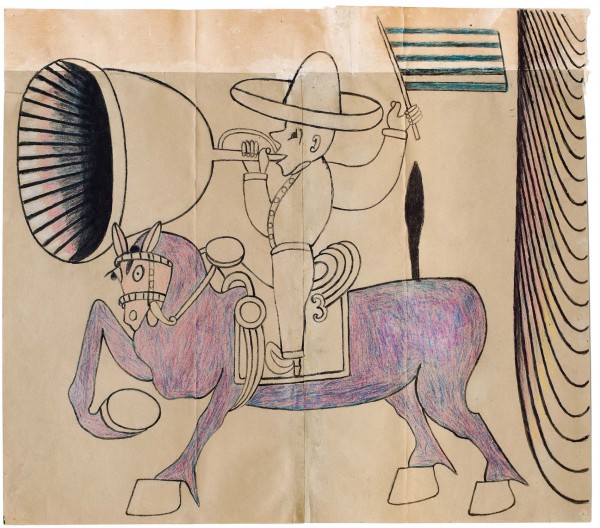 Hoping to find a job that can feed his family, Martín Ramírez emigrated to the United States at the age of thirty years. In Northern California, he worked in the mines and on the construction of railway tracks. But the Cristero War broke out in Mexico: his property was destroyed, Martín Ramírez lost all his animals and after a misunderstanding — apparently, he  misinterpreted a letter from his brother and convinced himself that his wife had chosen to fight alongside the federal army — he became permanently estranged from his familyAlready prone to mental disorders, he was committed to Stockton State hospital in 1931. He escaped several times to come back every time, voluntarily. There he began drawing in 1935. In 1948, suffering from tuberculosis, he was transferred to DeWitt State Hospital in Auburn. It is thanks to the intervention of the artist and professor of psychology Tarmo Pasto that his production has been preserved. Martín Ramírez drew on pieces of recovered paper, which he assembled himself, using a colour paste containing pencils, charcoal, fruit juices, shoe polish, saliva and sometimes his own sputum. His work, both narrative and abstract, touches on a number of subjects while transgressing the representations of his culture (the Mexican bandito, the Madonna, the beasts of the forest, trains, etc.) in forms intertwined with each other.