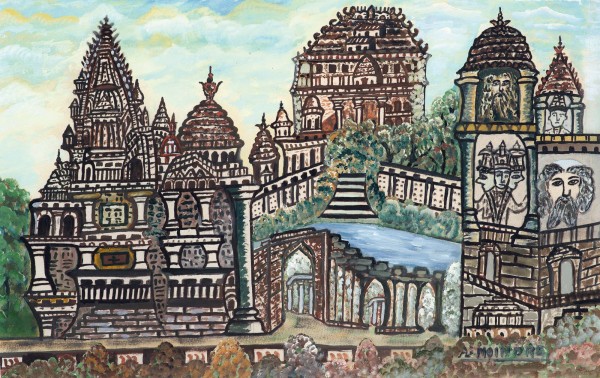 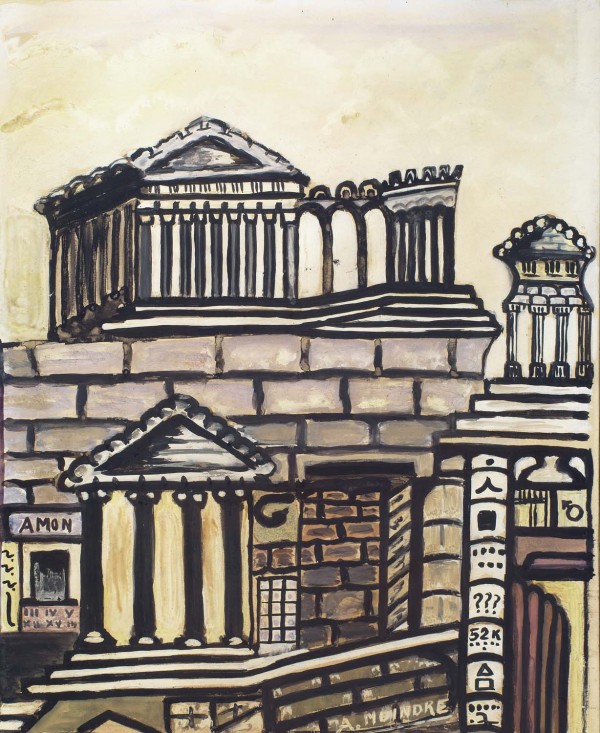 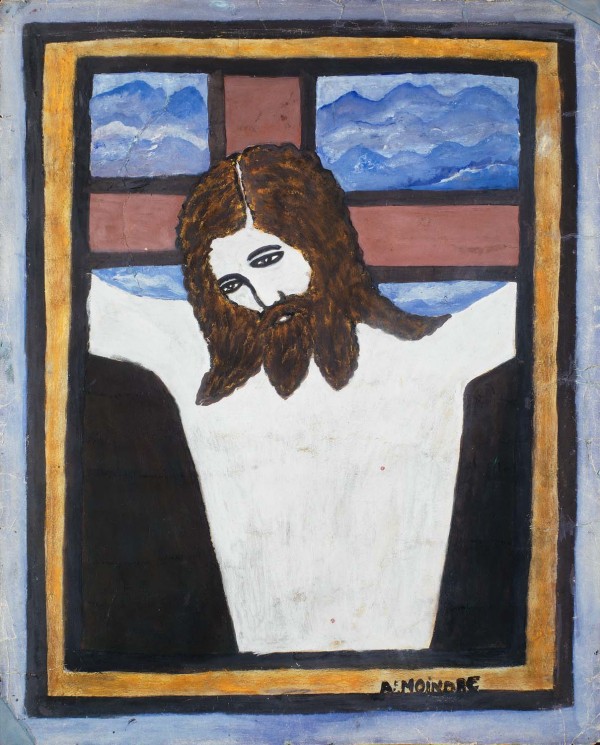 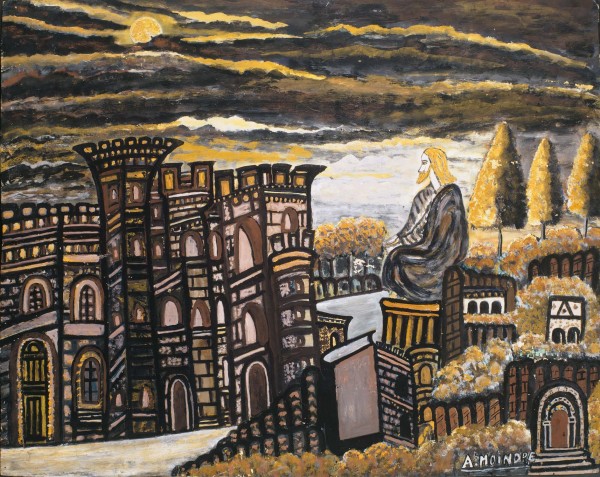 Joseph-Albert-Alfred Moindre was a commercial real estate broker in Paris but he was above all interested in metaphysics, spiritualism and ancient Egypt; he called himself an “Egyptologist.” Gradually his personal life deteriorated, he suffered from mood swings, became despotic, his wife and his friends finally abandoned him. Close to the age of fifty, he isolated himself and began to draw. First views of Paris, then scenes inspired by his beliefs, labyrinthine temples with unusual perspectives, that reflect his freedom of tone, transgressing architectural rules. When he approached the age of seventy, without any financial means, he entered a home for veterans. His forces decreased rapidly and he stopped painting.