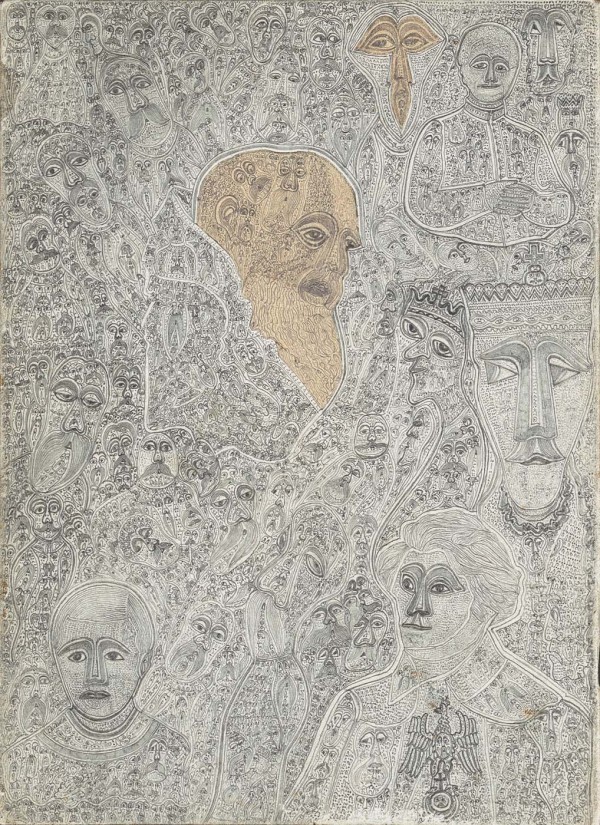 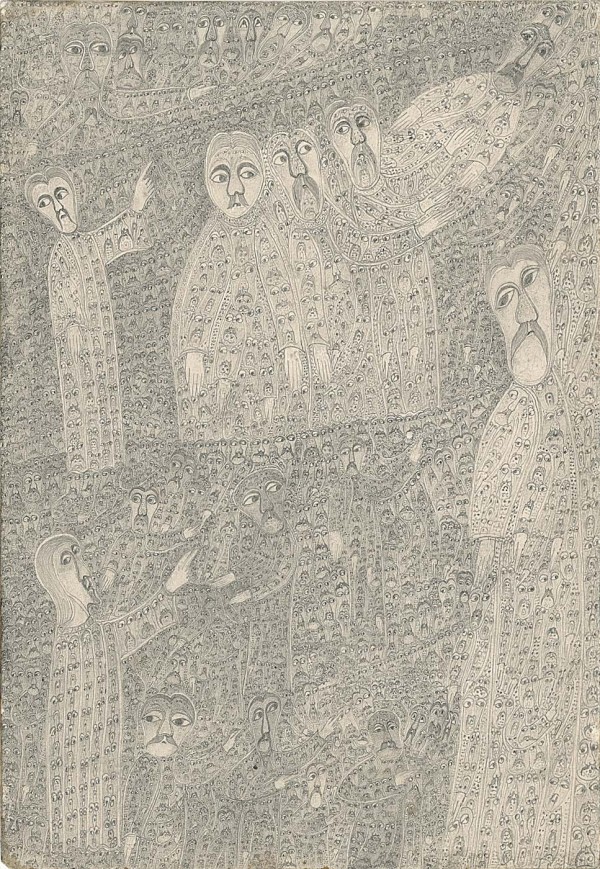 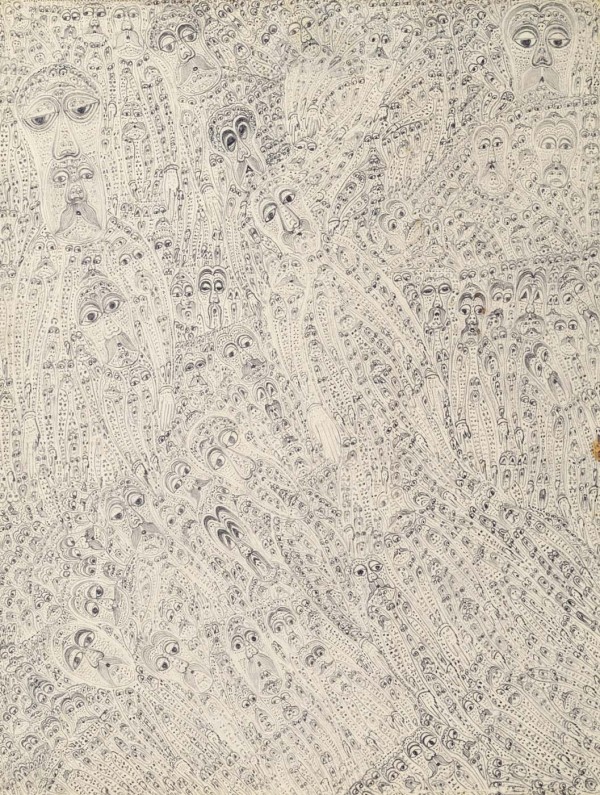 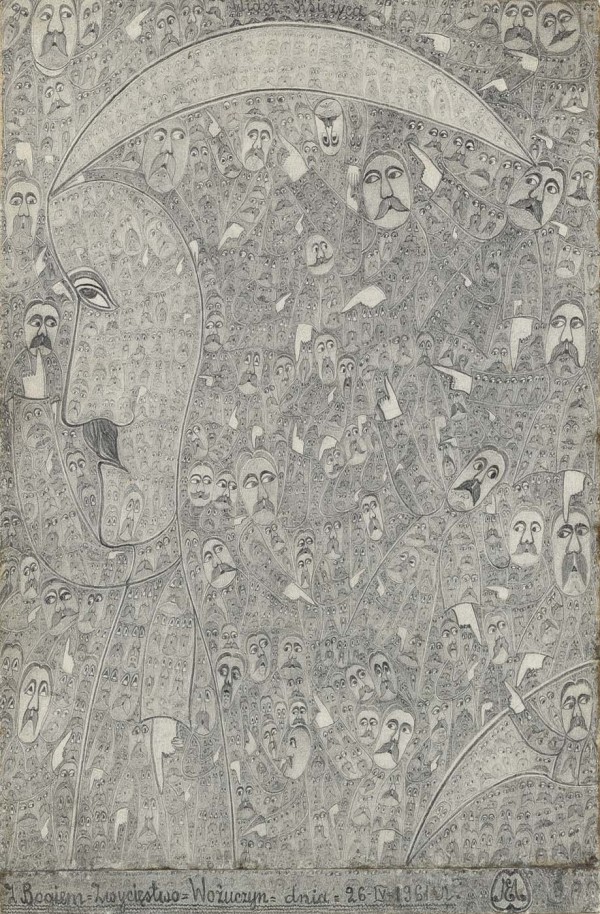 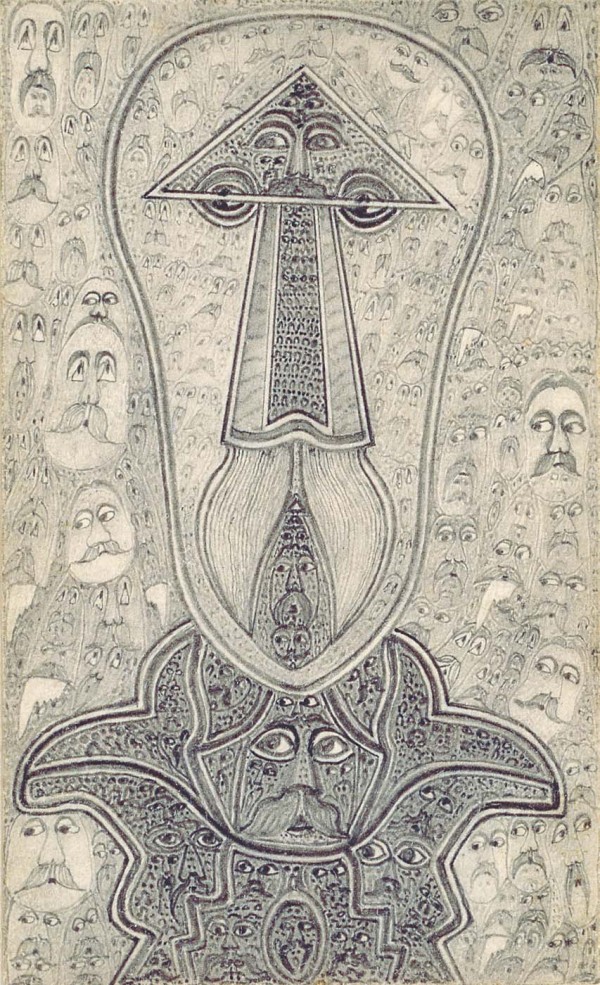 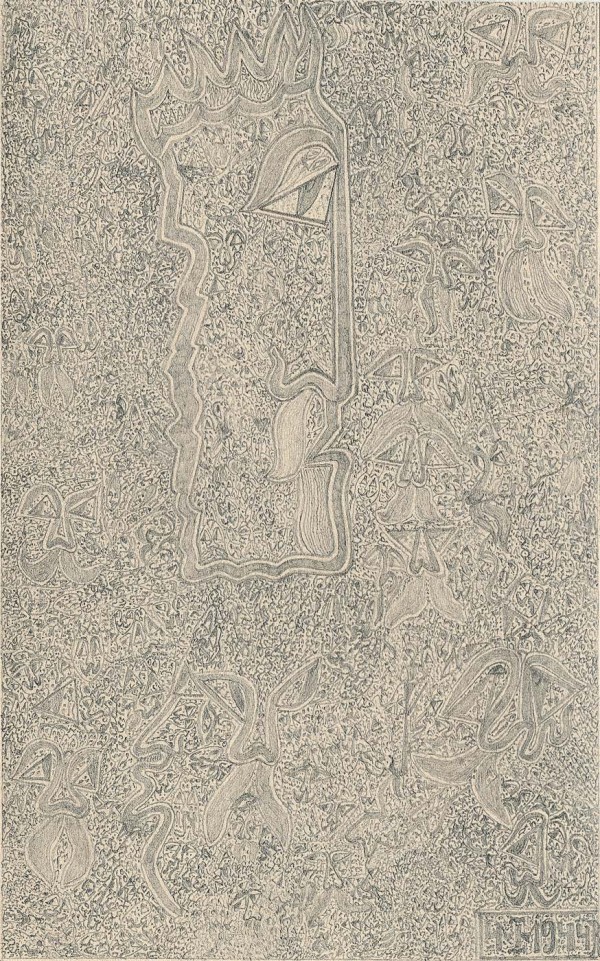 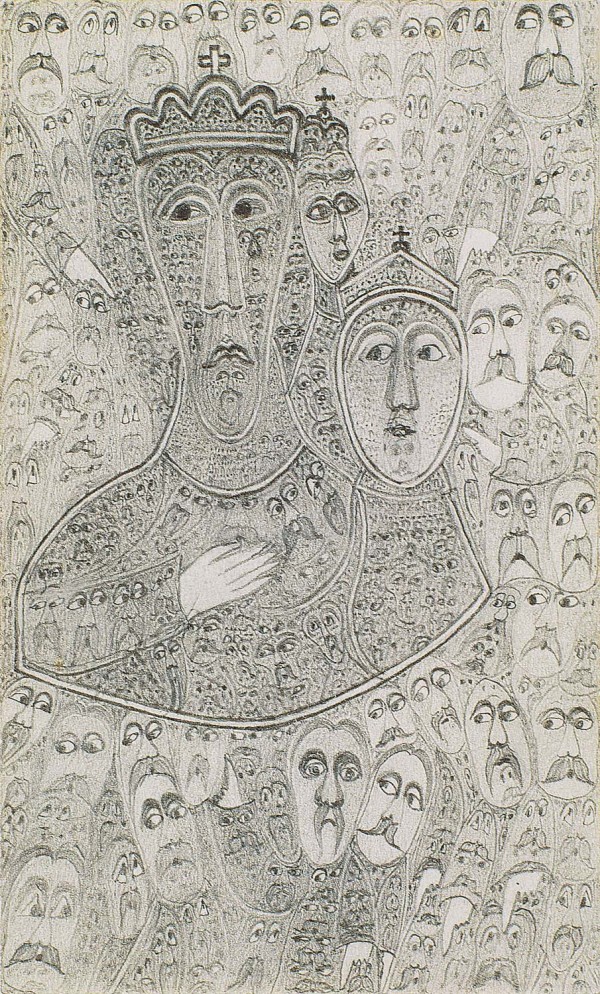 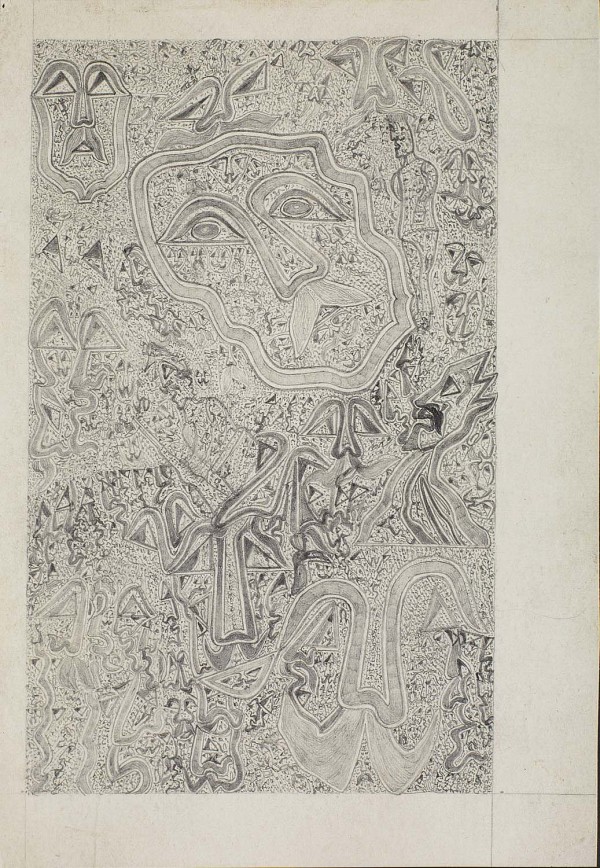 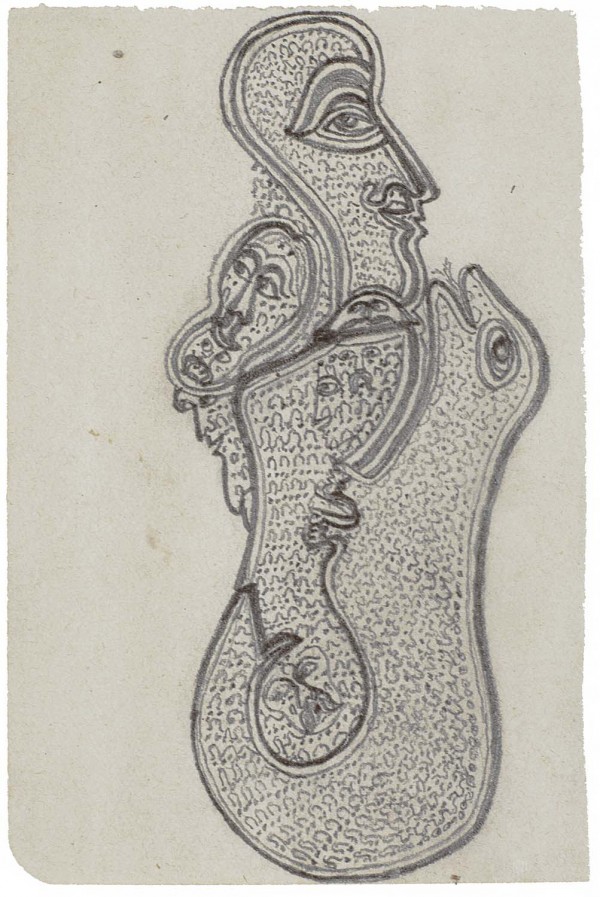 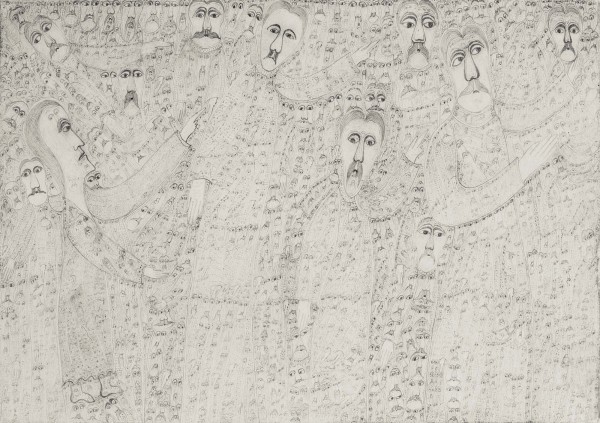 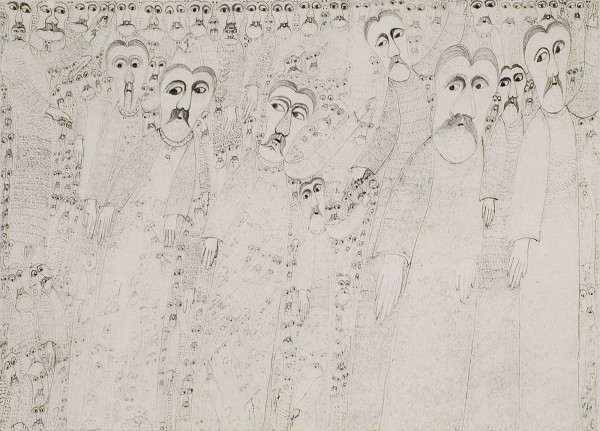 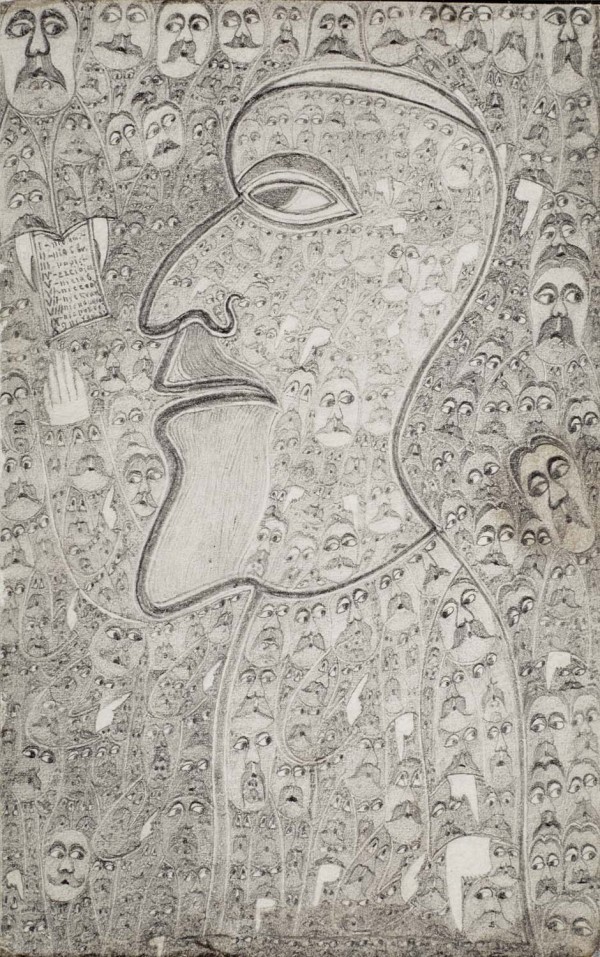 Edmund Monsiel’s education did not exceed the primary school level. Adult, he ran a small shop that the Germans confiscated in 1942. Convinced that the Nazis also wanted to arrest him, he found refuge with his brother in Wozuczyn, a small town in the province of Lublin, where he hid in the attic and ceased all contact with his entourage.  After the war  he refused to believe that the danger was over and would only come out of this “shelter” at his death in 1962. He left behind some five hundred drawings. While his work seems inspired by by the traditional popular and religious iconography, it presents itself mainly as an obsessive repetition, multiplication of the same: not a millimeter of each sheet that would not contain a face. These accumulations of faces are both a particular theme and overall composition, the outline and the drawing, the form and the substance.