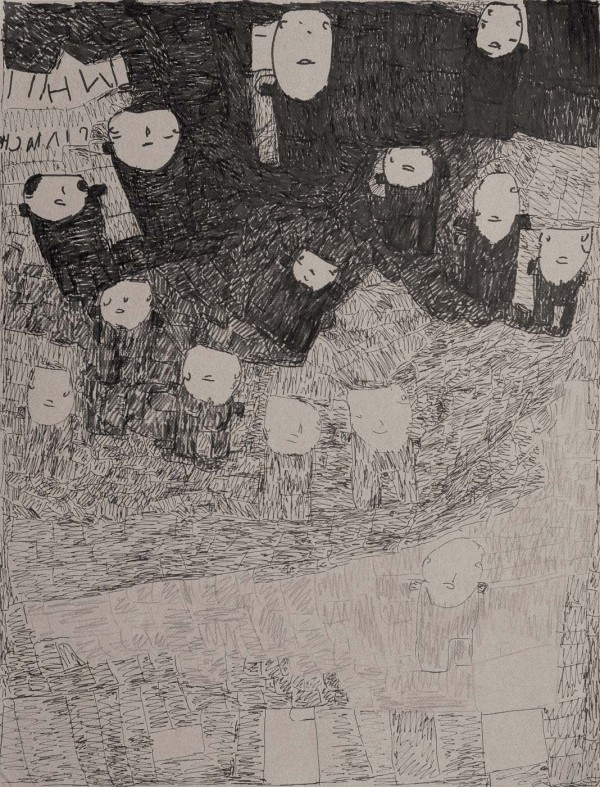 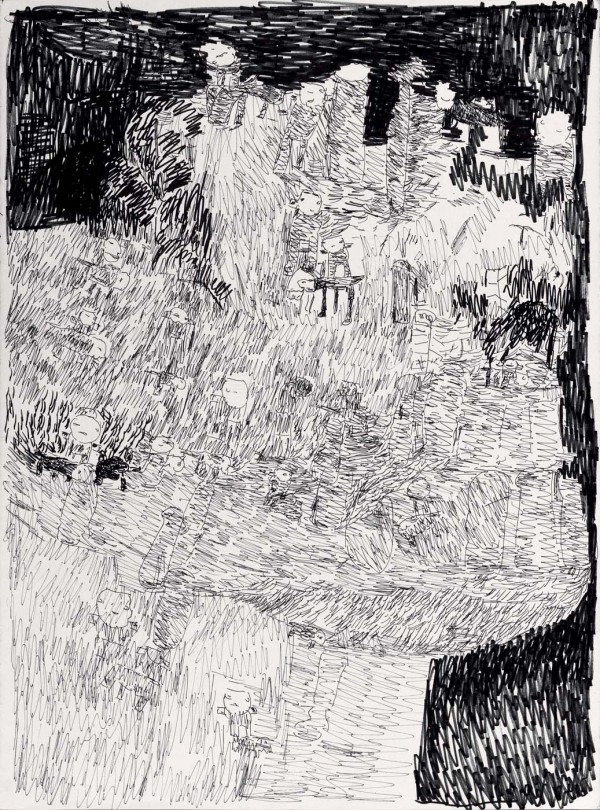 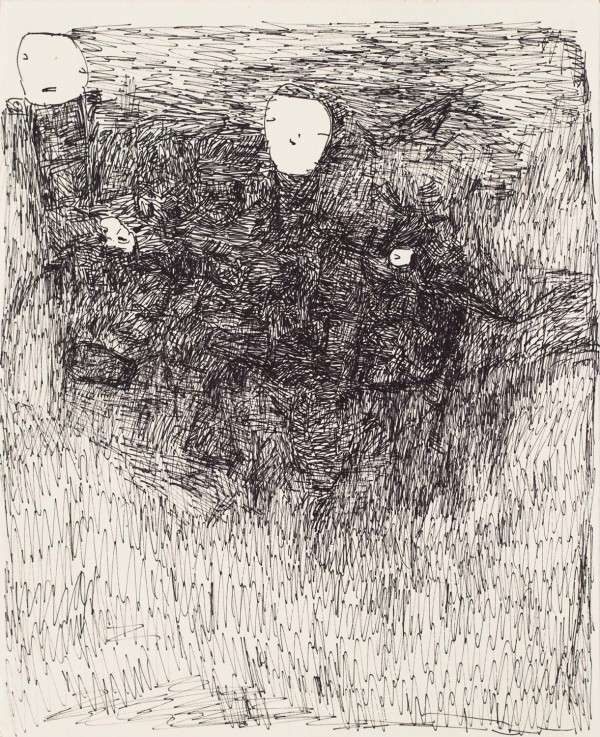 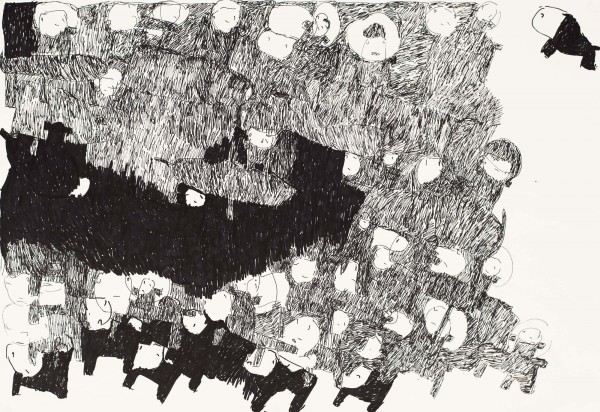 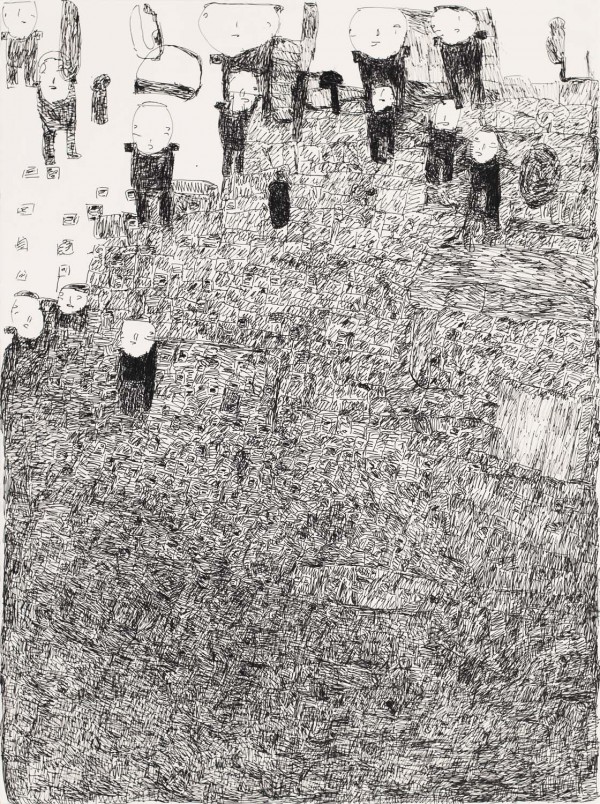 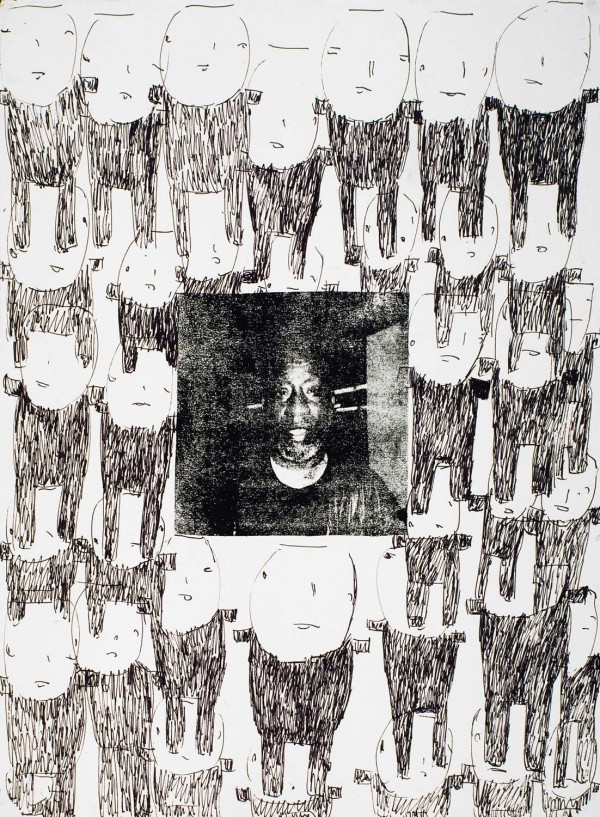 This exceptionally reclusive artist was born as the third of 11 children in an African-American family with which he still lives in San Francisco’s Bayview district. He has been making art at the Creative Growth Art Center since 1976. In his early works, the central motif is often obsessively crossed out with brush or pencil. Several years ago, Mitchell began to react differently to his surroundings; along with this change, his drawings began to include more clearly visible shapes and faces within the chaos of lines. Today, the figures in his drawings beseechingly stare out at the viewer, either alone or organized in horizontal layers or vertical lines. Mitchell creates one anonymous being after another until a dozen repetitive figures fill the entire surface of the paper.