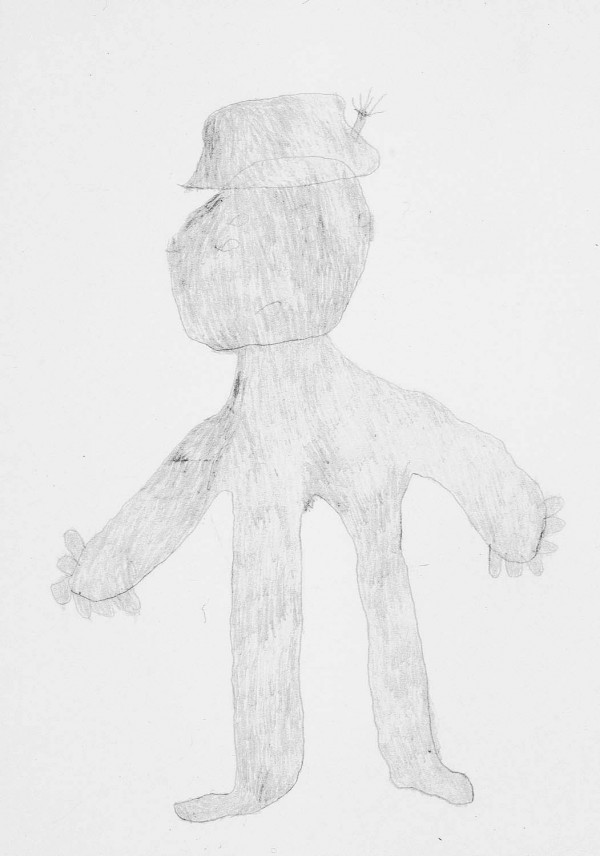 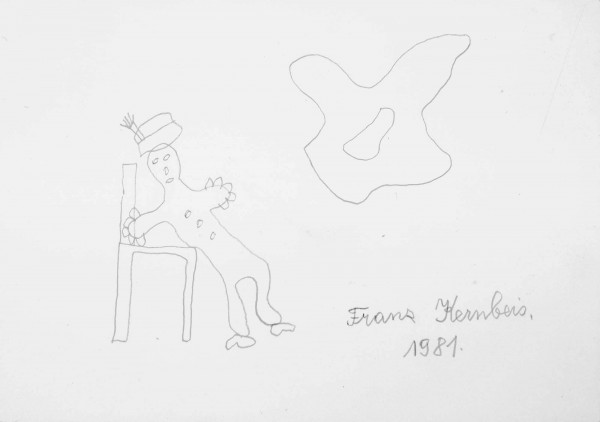 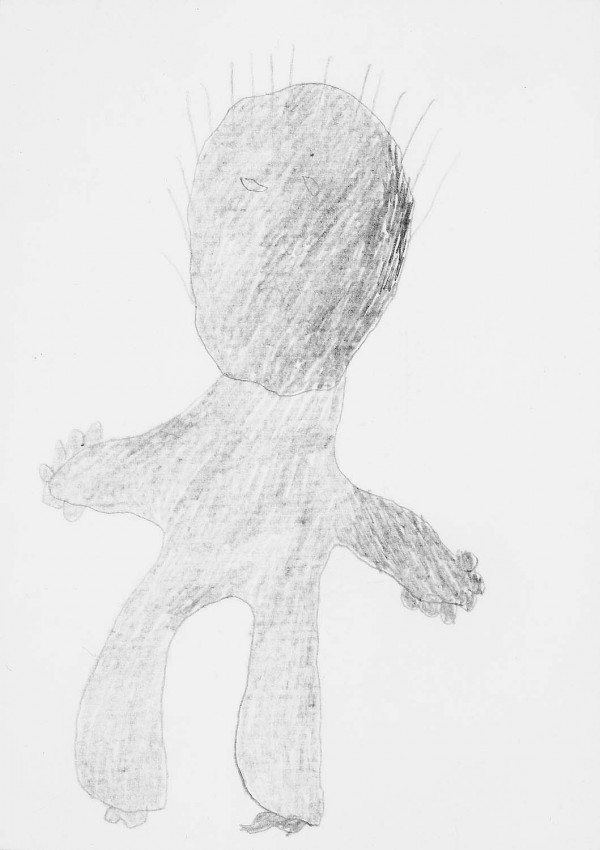 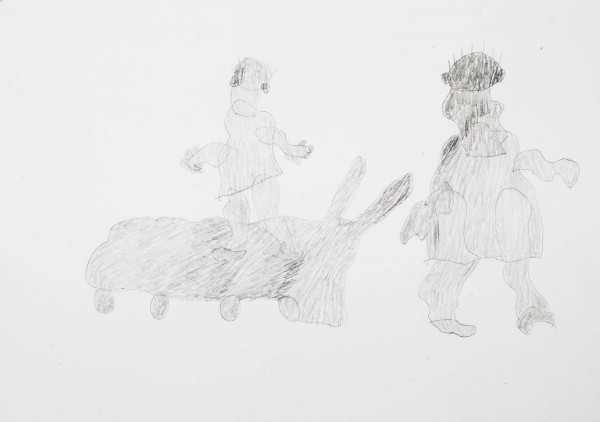 The eldest of seven children, Franz Kernbeis attended elementary school for eight years and worked at his father’s farm. At eighteen, he suffered from the first psychological disorders that led him to a psychiatric hospital in 1955. At the beginning of his hospitalization, he remained motionless for hours or walked in circles with closed eyes. When he was spoken to he turned his head and did not answer. With time, he became more communicative and began drawing at the age of forty-four years, after more than twenty years at the hospital. He always starts with the outlines. For some works he proceeds through “compartmentalization” of the surface and in such case, the line is sufficient for the composition. In others, on the contrary, he darkens the entire sheet. The work of Franz Kernbeis evokes a cellular world, in which we can encounter mostly fragile and shy looking figures, which seem to be placed in space a little out of balance, but also buildings — mainly churches. His artistic production consists of very large drawings, sometimes more than two square meters, as well as very small ones.