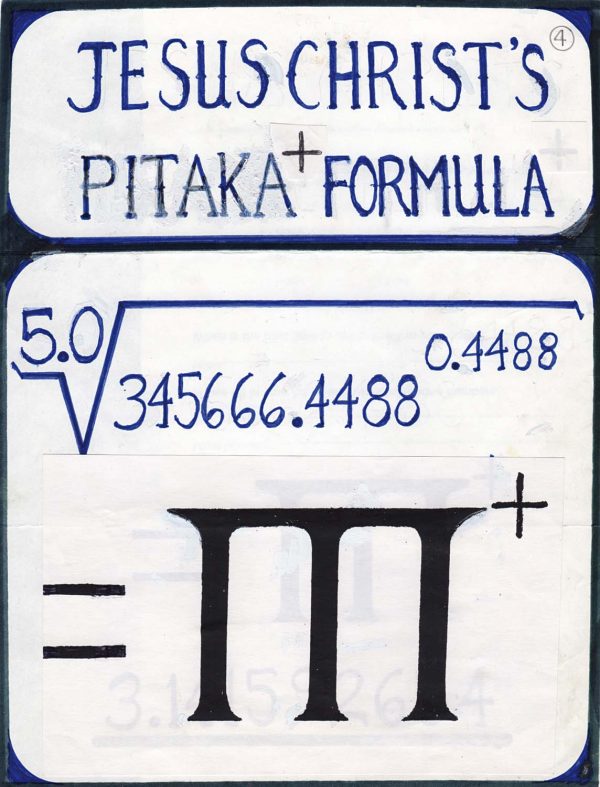 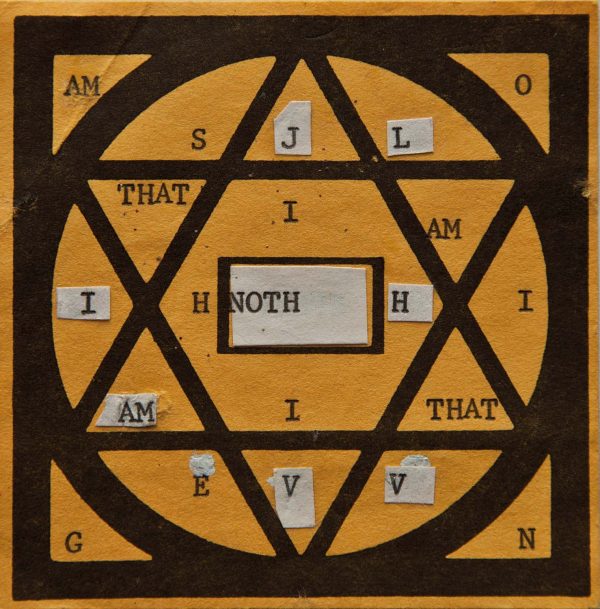 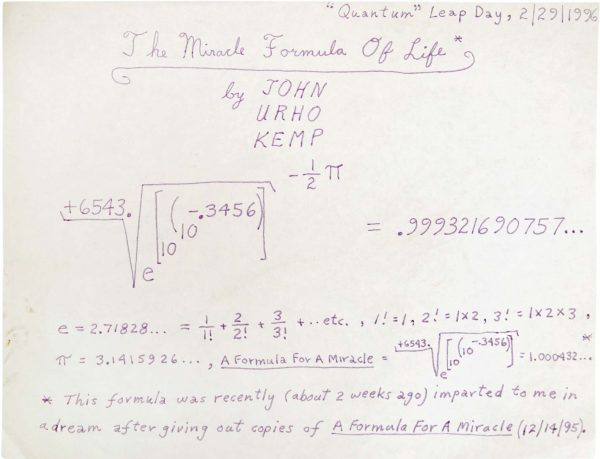 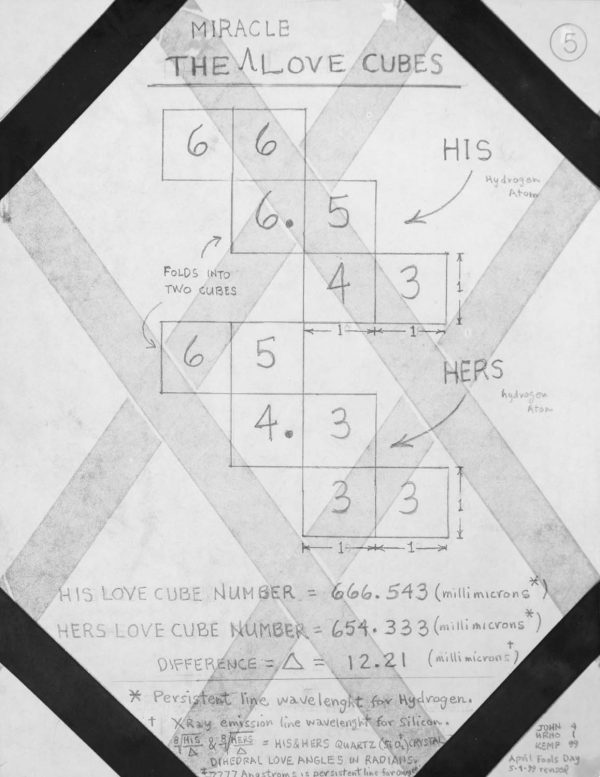 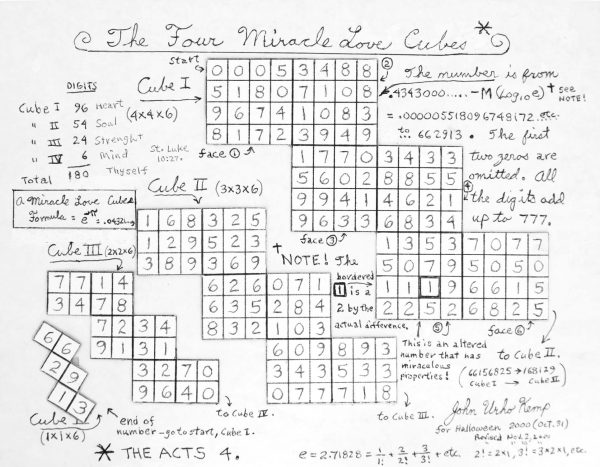 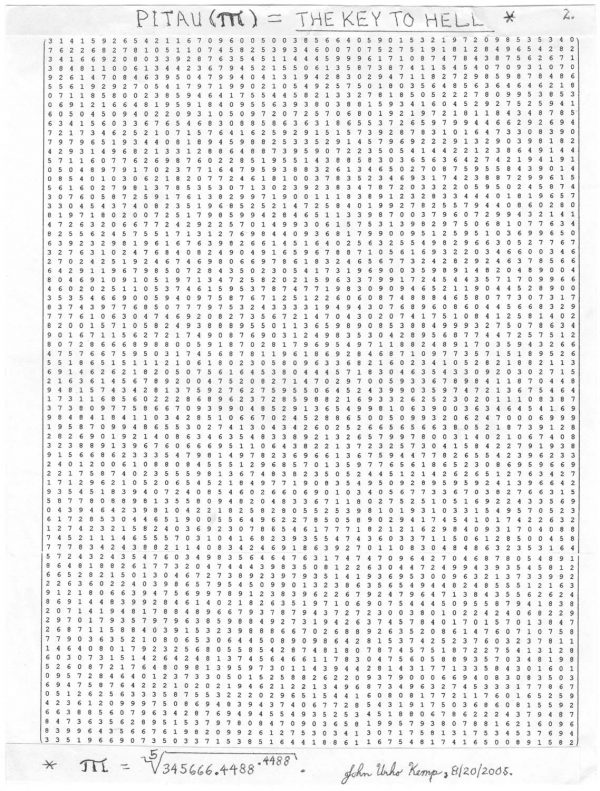 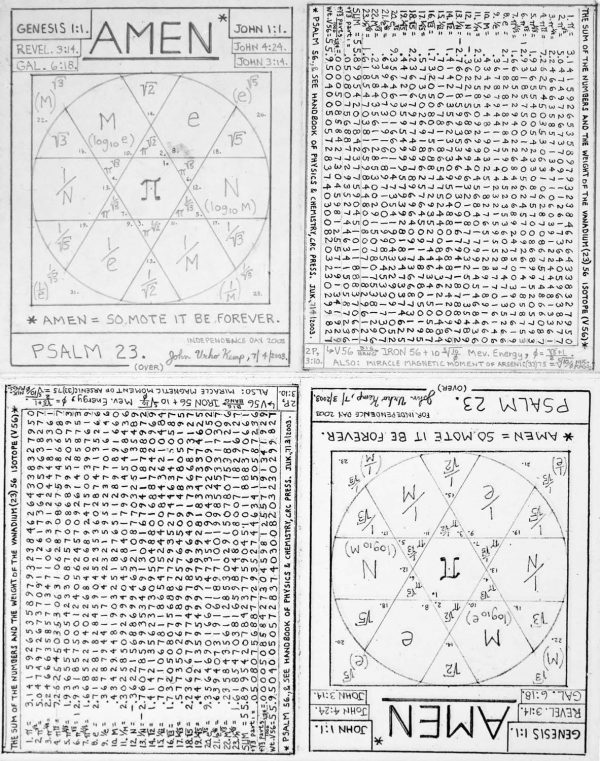 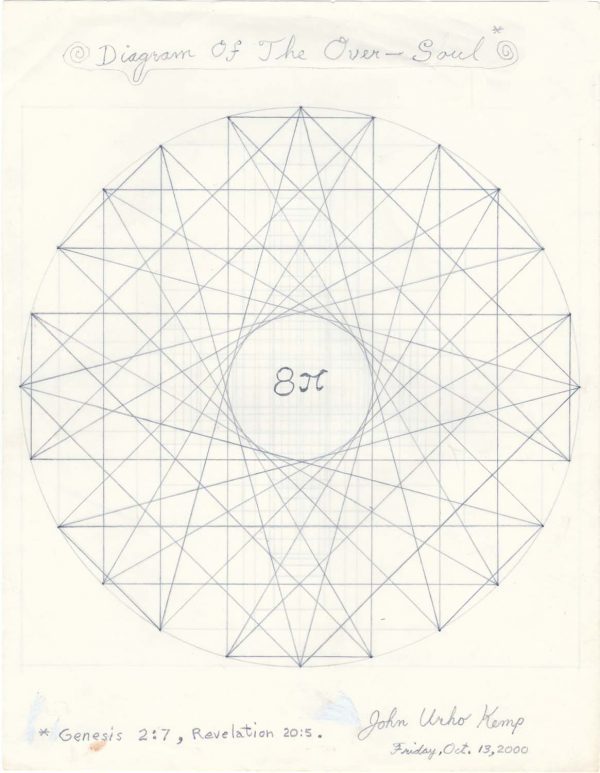 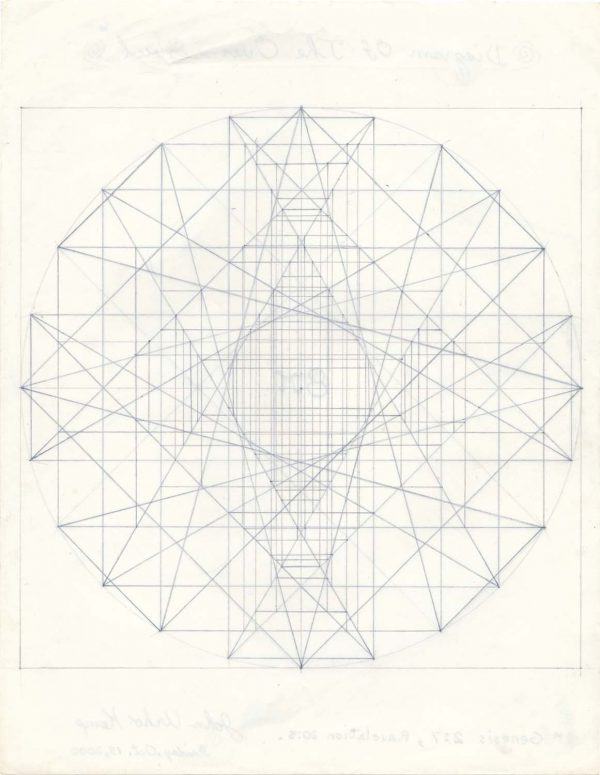 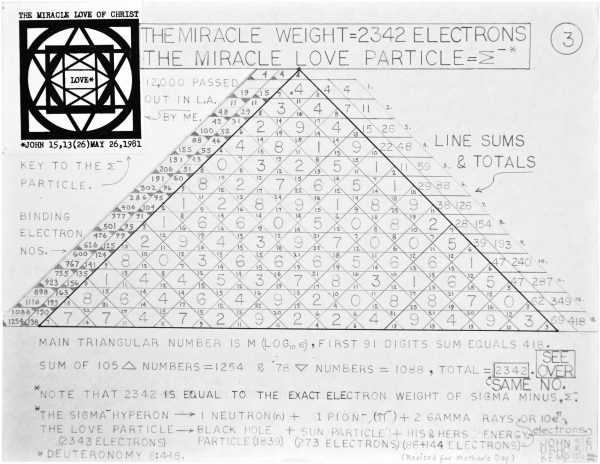 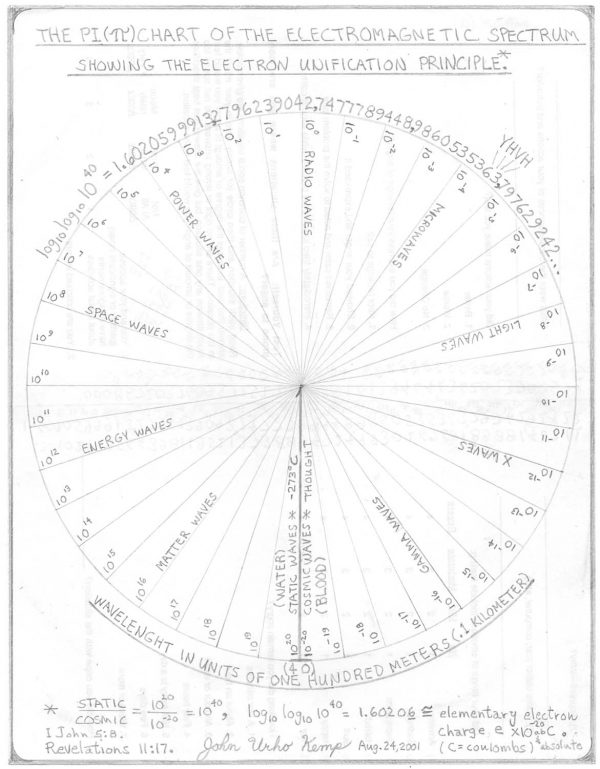 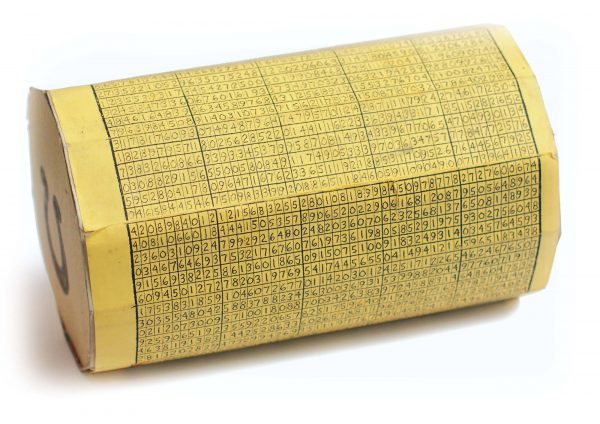 In 1965, John Urho Kemp obtained a bachelor’s degree in chemical and biochemical engineering from the University of Berkeley in California. He worked as a chemical engineer for almost two years, then resigned to study Scientology in England and Los Angeles until 1971. For the next ten years, he ran an antique store in Los Angeles and traveled to witness the solar eclipses which fascinated him. John Urho Kemp’s life was governed by mysticism. He was convinced he could achieve “revelation” through meditation, metaphysics and mathematics. Instead of writing his biography, he imagined formulas, successions of numbers of which only he knew the meaning and which embodied his life. After having photocopied his works he distributed them as messages to the world.