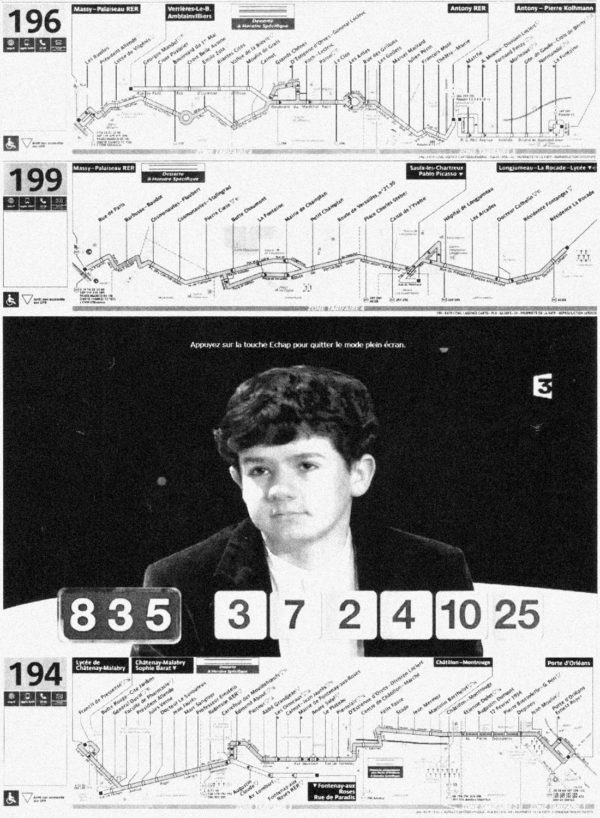 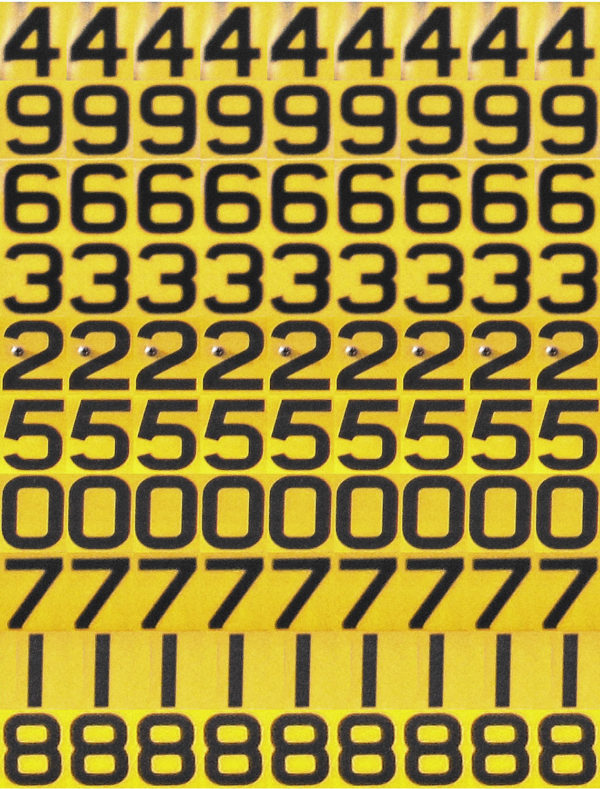 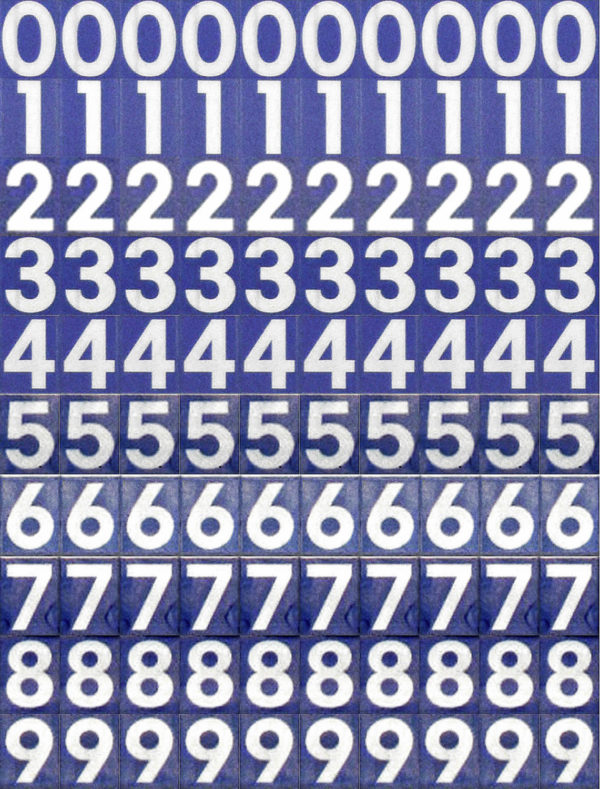 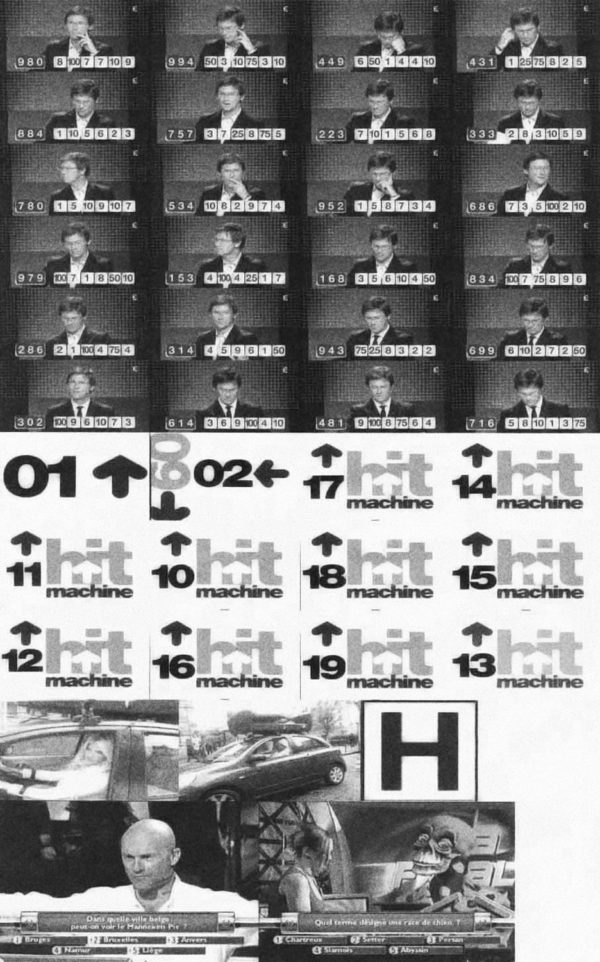 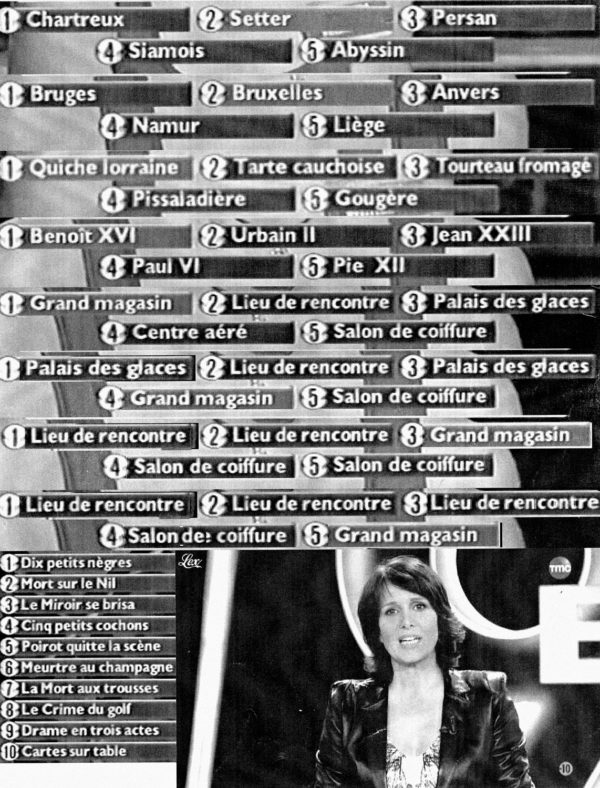 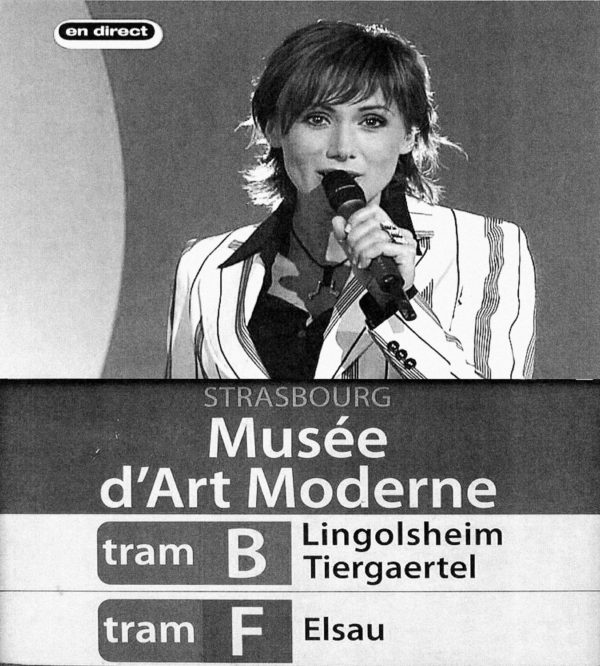 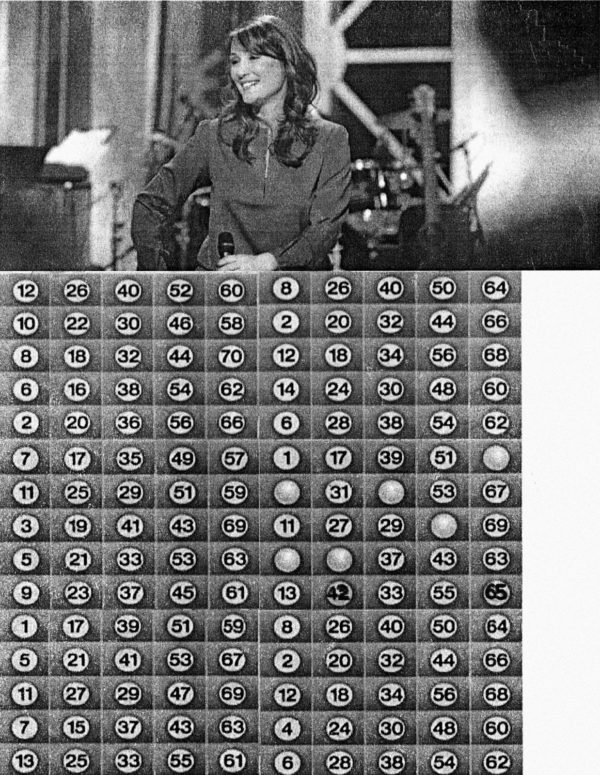 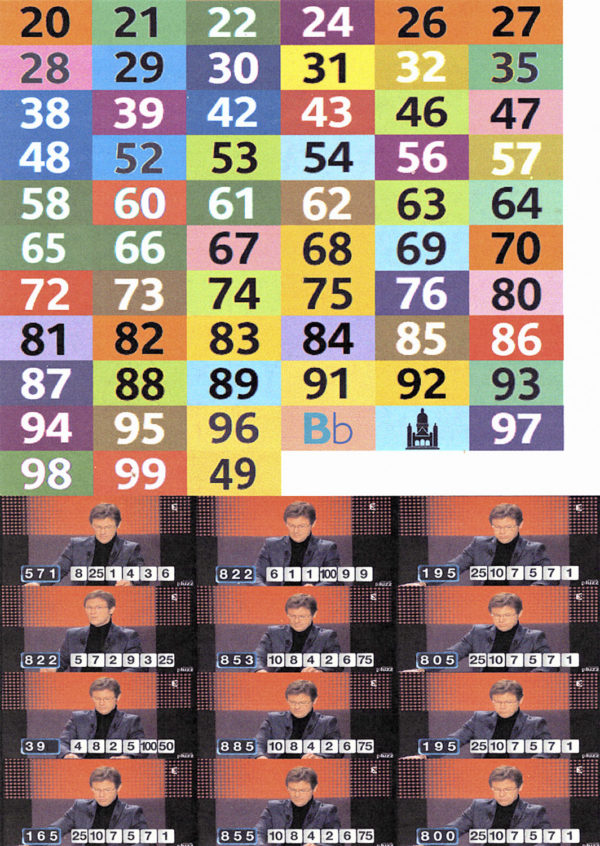 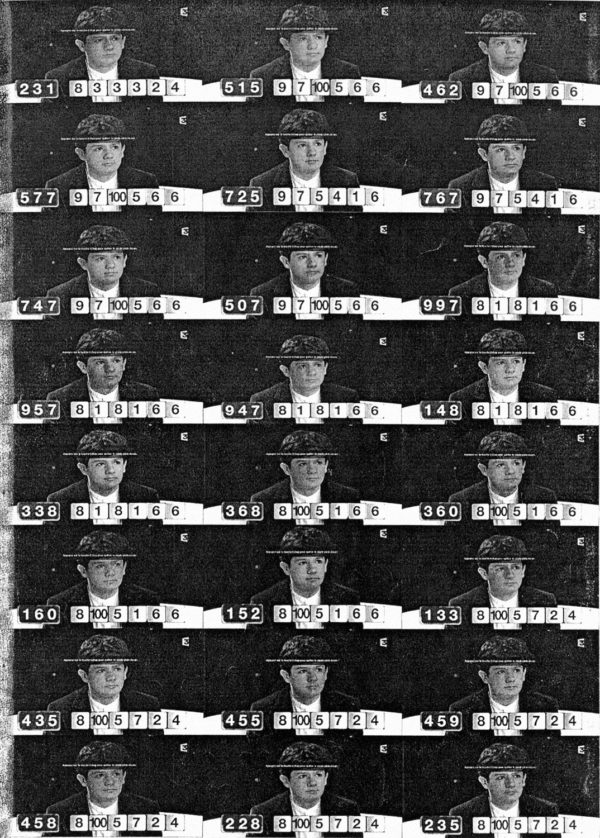 Yohann Goetzmann lived in a number of specialized institutions before arriving at a center for people with disabilities in La Pommeraie, Belgium. Goetzmann is fascinated by series, trajectories, and networks, which seem to give him a feeling of balance. He creates digital collages with screen captures of television game shows, numbers, and letters; images connected to diagrams, train, subway, and bus maps; and starlets and television hosts whom he associates with series of numbers or place names (bus stops, for example). His art technique is self-taught. He is not interested in saving his compositions on digital media because his objective is the paper copy. He always carries with him a folder full of printouts of his collages. Members of BrutPop, which is an association involved with the issue ofdisabilities and counterculture, met Goetzmann in 2014 during shooting of the documentary Musique Brute, handicap et contre-culture (Brut Music, disability and counterculture) for France Télévisions. Since then, the association has shown his work in different venues and at various events. Goetzmann also plays in the music group Astéréotypie, formed in 2010, with three other young artists in the medical-educational institution in Bourg-la-Reine.