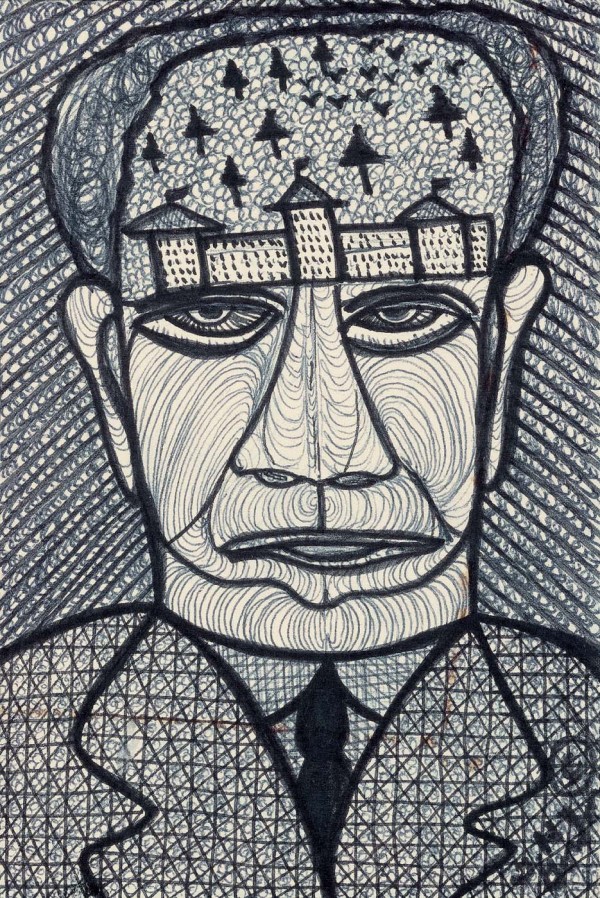 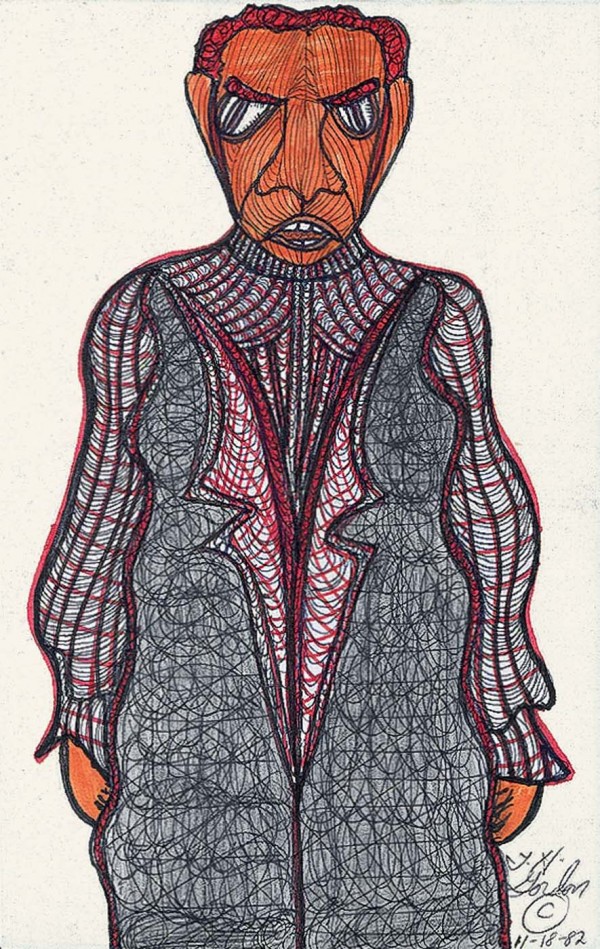 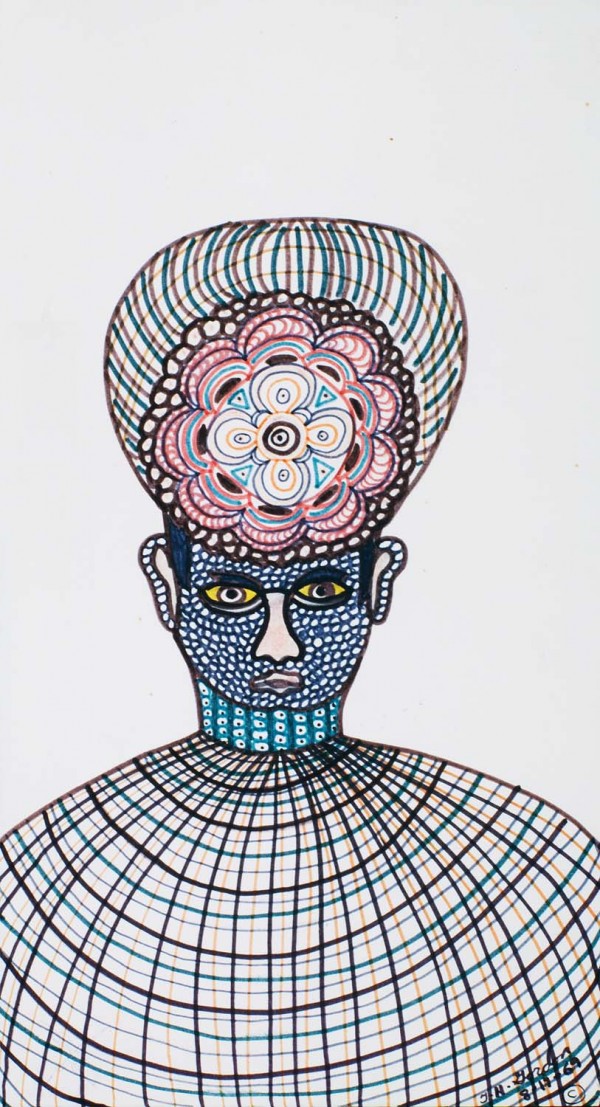 Abandoned by his mother, Ted Gordon was raised by his paternal grandparents of Lithuanian origin, who considered him as the reincarnation of his great-great-uncle who died in the First World War. The suicide of his father tainted his teens. A year later, he followed his grandparents to New York, then  lived as a traveller, going from one job to another across the country. Having encountered his future wife gave his life an anchor, and the couple moved to San Francisco in 1953. In parallel to his work as a clerk in a hospital, Ted Gordon led an intense artistic activity, in which the year 1967 — Gordon participated that year in a workshop that seemed liberating for him —  a turning point: while his drawings were previously carried out on scraps of paper and were more or less caricatures or automatic doodles, after this date he would work on self-portraits and the formats of his drawings would be bigger.