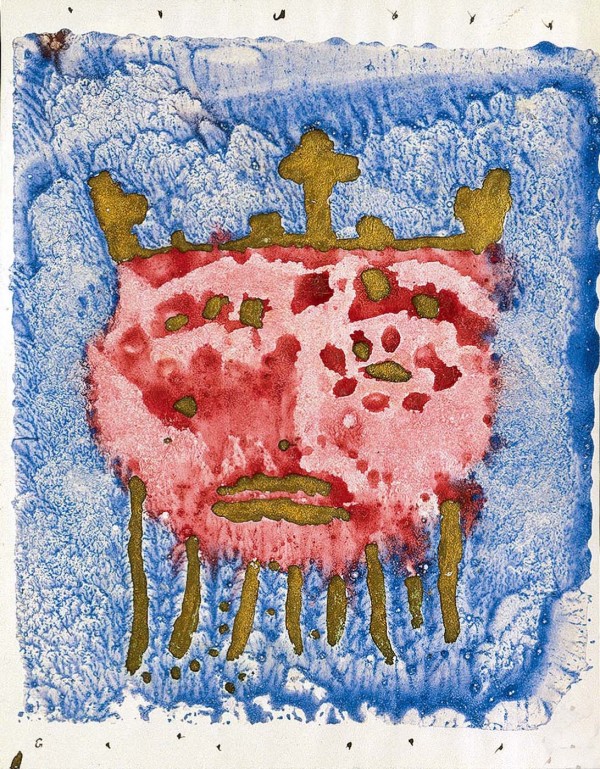 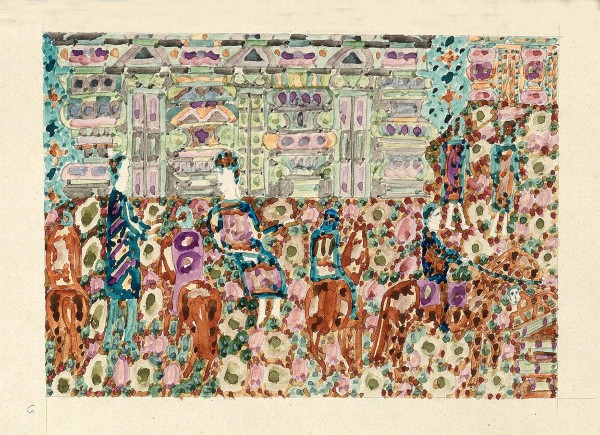 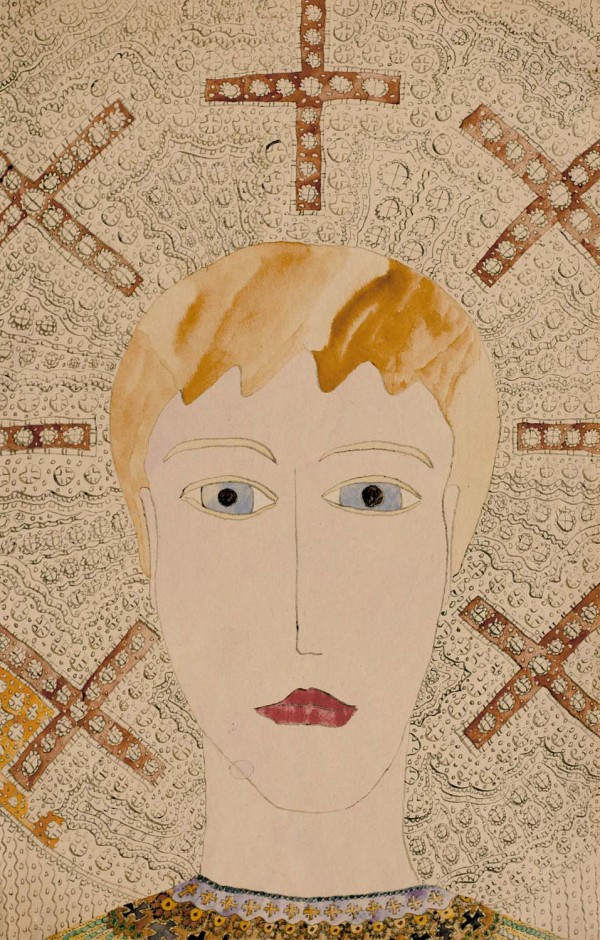 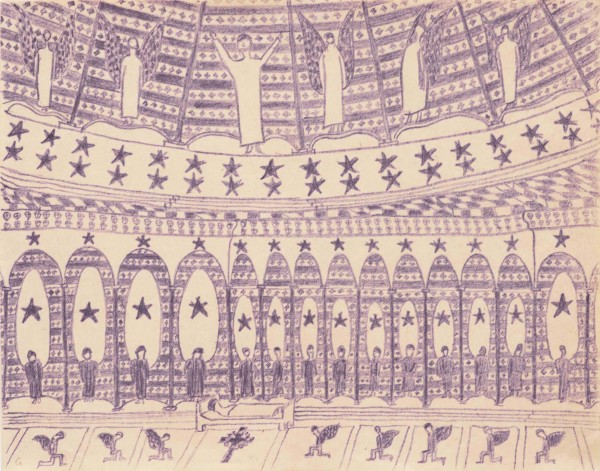 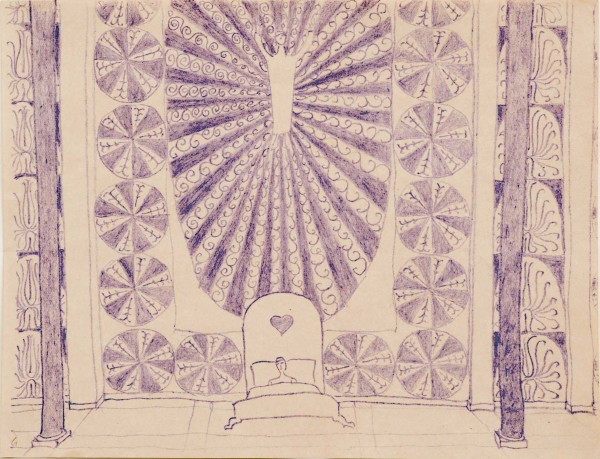 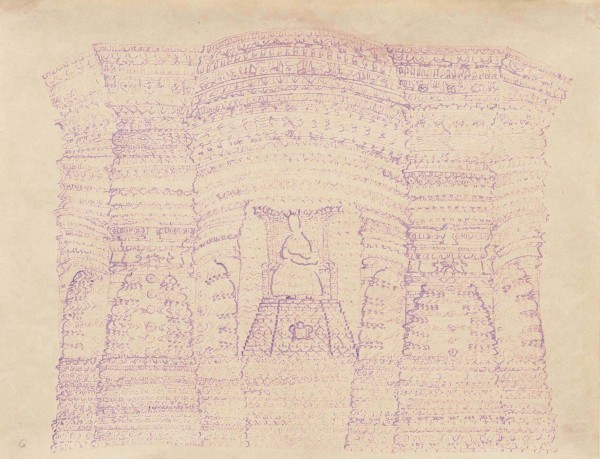 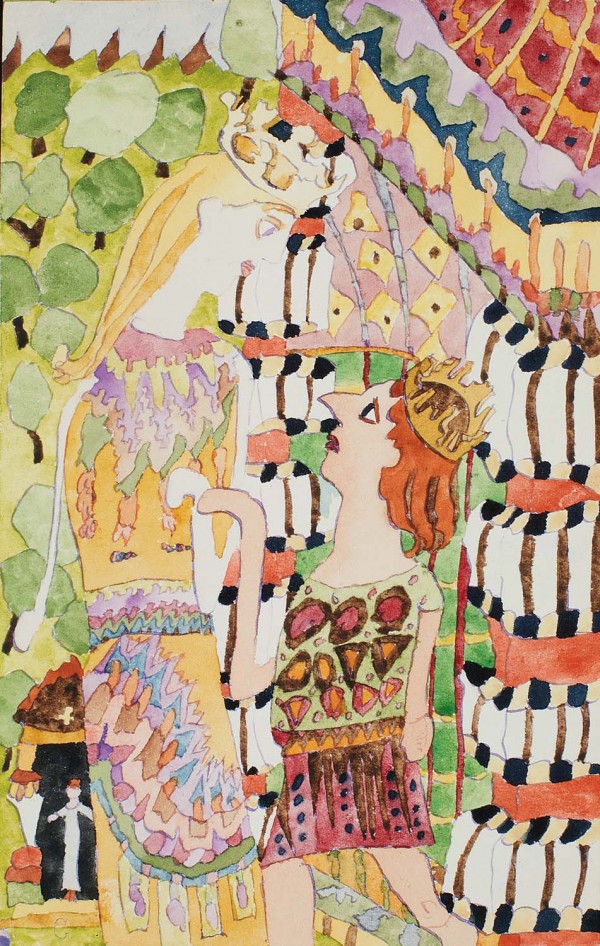 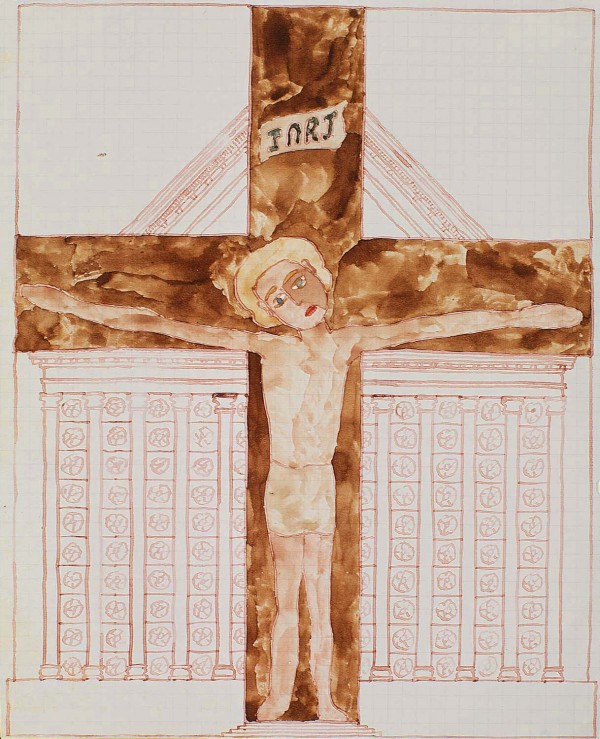 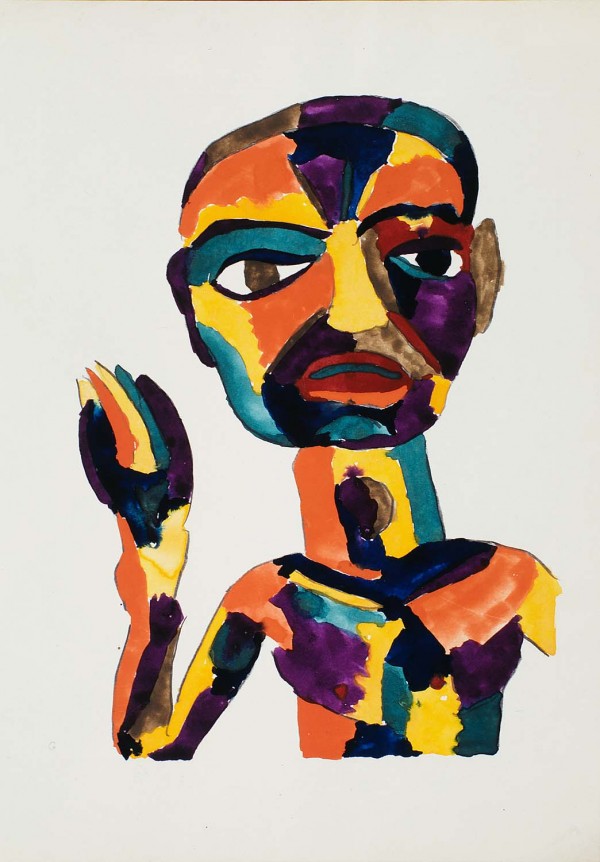 Initiated to Freudian psychoanalysis, this student of painting and architecture attempted self-analysis that seems to have been the source of a deep psychological upheaval. his life alternates between periods of internment in a psychiatric hospital (he was diagnosed with schizophrenia) and moments of respite. Despite his troubles, he manages to complete his architectural studies and has passionate interest for anthroposophy, founded by Rudolf Steiner. Paul Goesch had gradually developed a pictorial work with nearly a thousand drawings, representing mostly mythological or religious subjects. In 1919, he left the hospital where he was staying to join his father in Berlin. He enjoyed the artistic life of the capital, seeing Kokoschka, Gropius, participating in the avant-garde movement. One of the many victims of the euthanasia program orchestrated by the Nazis, he was assassinated in 1940 in the Nazi killing center Brandenburg an der Havel.