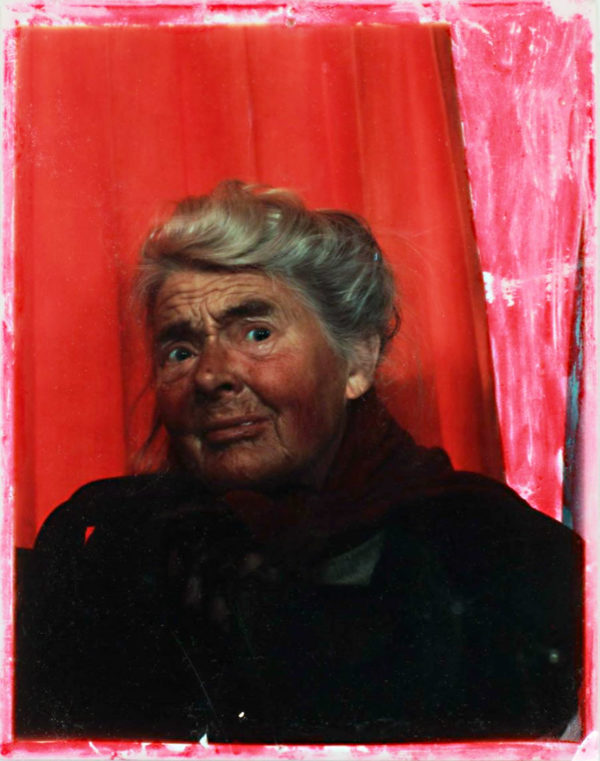 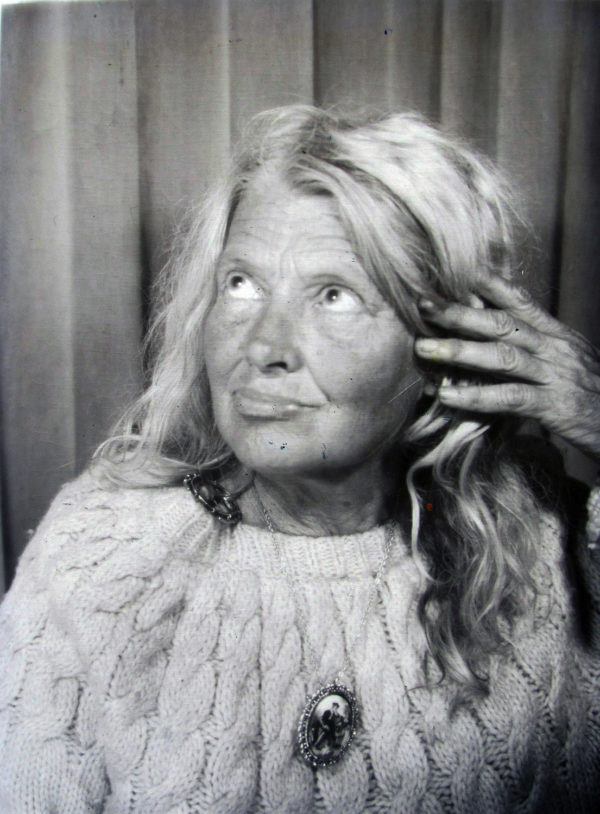 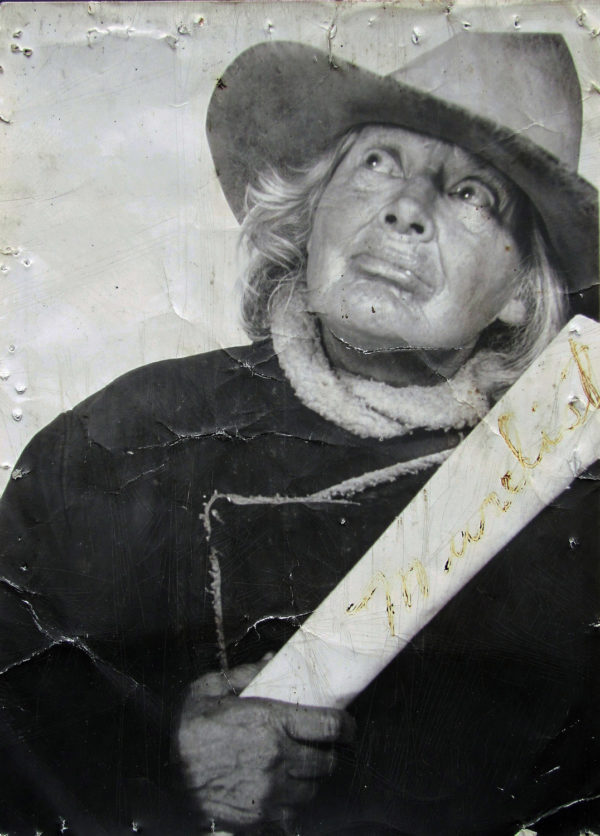 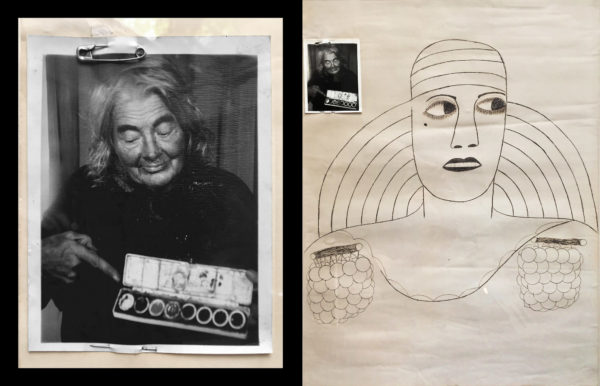 The settled life of Lee Godie (née Jamot Emily Godee), who married twice, seems to have been overturned by the death of two of her children. In 1968, she was homeless, living on the streets of downtown Chicago, and sleeping in cheap hotels. Despite her circumstances, she reinvented herself to become a full-fledged artist. Her discovery of the collection of Impressionist art at the Art Institute of Chicago consolidated her vocation: she made and sold her paintings in front of the museum, interacting with artists, professors, and passersby. For thirty years, Godie was a mainstay in the city’s cultural scene. Both pictorial and photographic self-portraits form the core of Godie’s work. Starting in the 1970s, she took hundreds of black-and-white photographs of herself in photo booths in the Greyhound bus station. During these private sessions, away from the bustle of the street, Godie transformed herself. In a striking contrast with her rough living conditions, she became a femme fatale, a celebrity, or a seductress. Her gallery of characters revisited the social stereotypes and attributes of feminine beauty, supported by a clever orchestration of gestures, pose, wardrobe, and hairstyle. Godie marked up her snapshots with touch-ups of paint and colored pencils. She regularly signed them and added short comments that mixed poetry, practical details, and reflections that fixed them in time, such as “Lee in a camera” and “Artist Lee Brown White Sweater.” She used mise en abyme (image with an image), as in the photograph in which she holds one of her drawings, as a way of immortalizing her status as an artist. Once taken, the photographs were used in one of two ways: she either pinned them to her paintings as a signature or she gave them to those buying her drawings as a sort of promotional gesture. All of them emotionally conveyed Godie’s vulnerability or self-assurance, her taking control over her life, and the importance that she gave to her art activity.