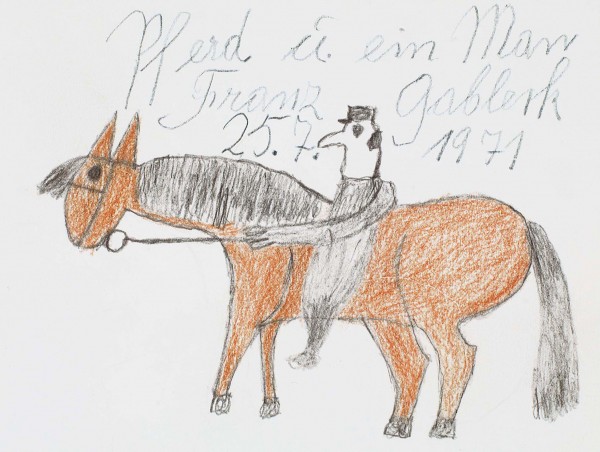 Franz Gableck was a worker. Psychotic, he was hospitalized in 1959 in the psychiatric hospital in Gugging and became a resident at the House of the Artists, where he began drawing with the encouragement of Pr Navratil. There are only a few of his drawings; all are dated, signed and dedicated to his doctor. Franz Gableck experienced a manic phase, which lasted about two years, followed by a depression from which he never recovered. He gradually stopped drawing and refused any therapy that could relieve his suffering.