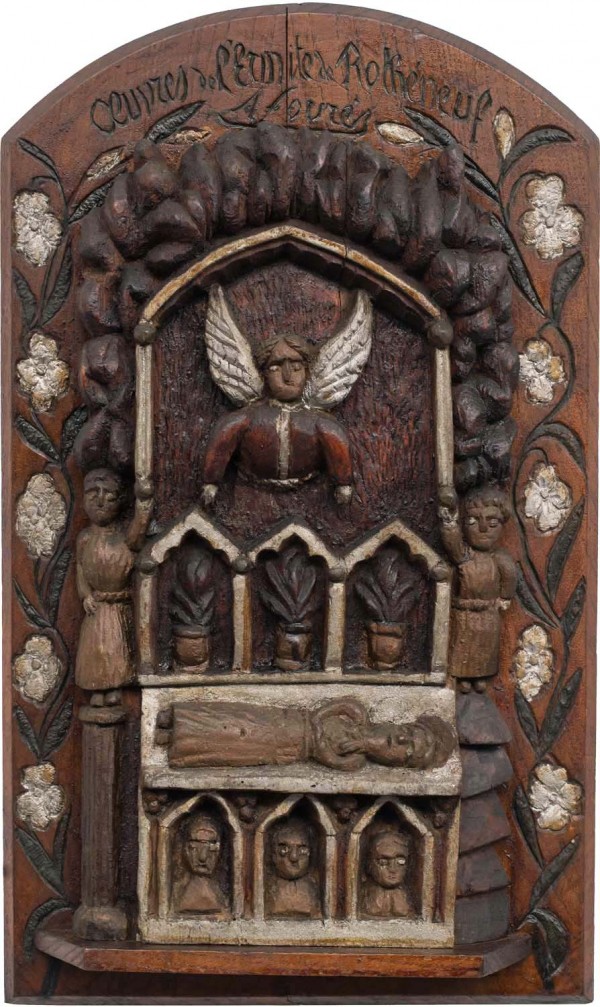 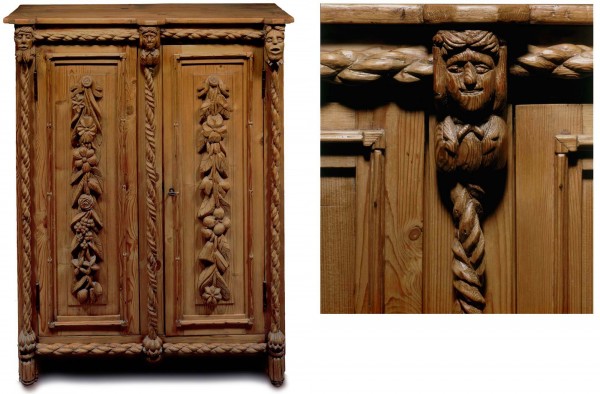 “In the last ten years, I have become hard of hearing in order to isolate myself from the world. One day I became totally deaf; I was told that times had changed. I have retired here. I help out on Sundays at the parish, an old curator of a young priest. But this is not enough activity, and I have to keep myself busy. So I thought of going to the edge of the cliffs to talk to the ocean, my old friend. I cannot hear others anymore but I can hear the waves. And I begun to sculpt the stone on a daily basis.” (Louis De la Noé, “L’Ermite de Haute-Folie”, L’Eclair, Paris, August 28th, 1905.)

Forced to retire at the age of fifty-four on spurious grounds – his progressive deafness – despite a petition of his parishioners in his favour, Father Fouré moved to Rothéneuf, near Saint-Malo, with the status of “regular priest,” that is to say, resident priest without administrative burden. Lonely, he began to decorate his house, named Haute Folie [High Madness], with wooden sculptures. He thus created a fantastic garden inhabited by over two hundred figures, mostly painted, which have since disappeared. In addition, for at least ten years, he carved the rock by the sea, with a simple chisel and a big hammer. First, at the Pointe du Christ then the Pointe de la Haie. He was inspired by Breton saints and he thus immortalized Saint Budoc and Saint Gobrien, who ended his life as a hermit and whom Father Fouré chose as patron saint. He also represented famous historical figures such as Napoleon, Cleopatra and the Queen of Sheba, or the events of his time, like the Boer War in South Africa. The rain, the wind and the sun have erased the colors.