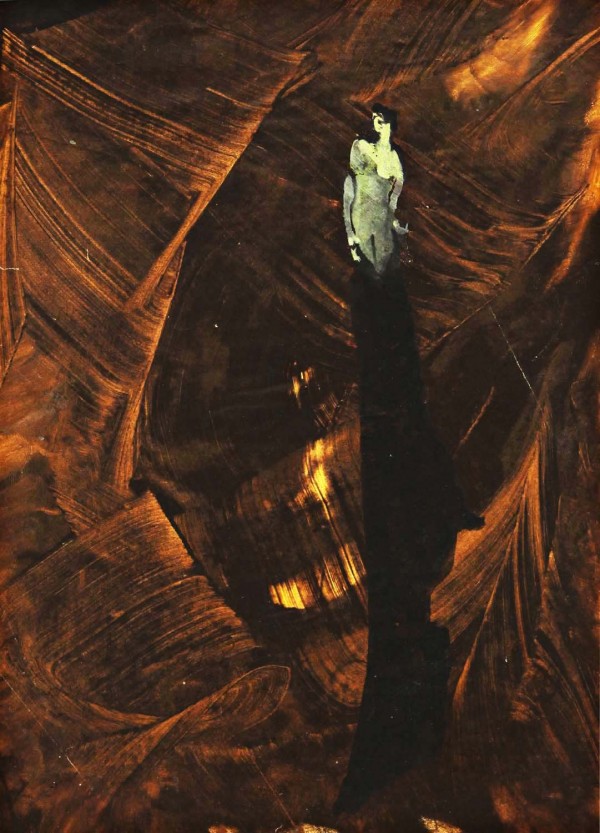 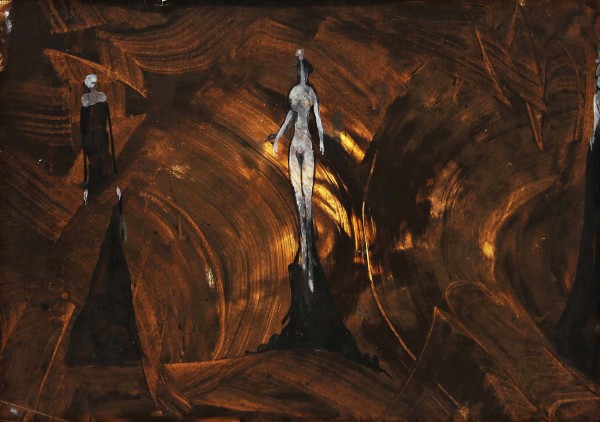 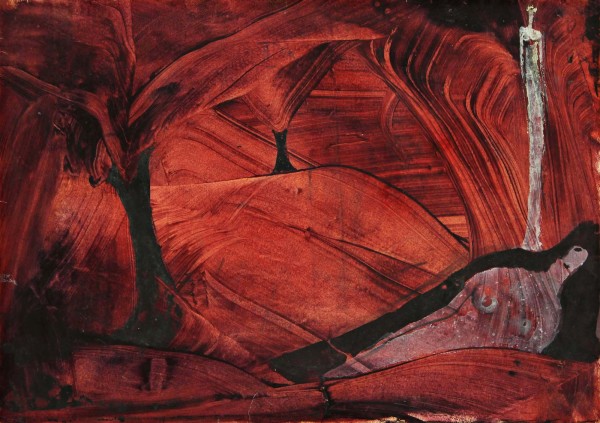 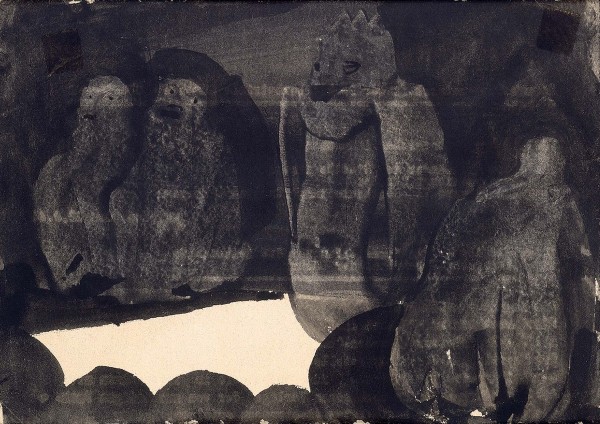 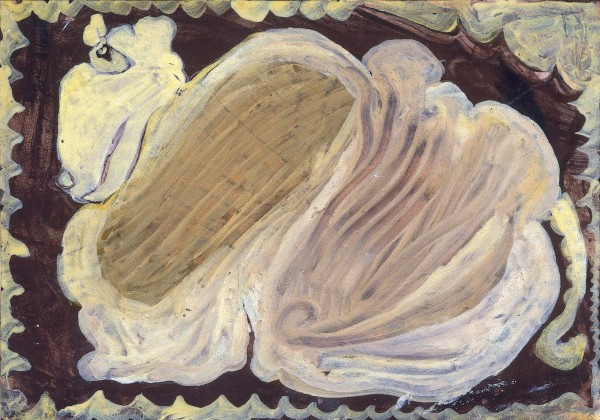 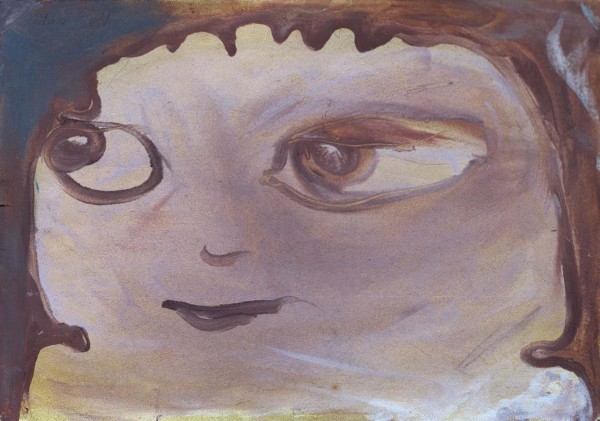 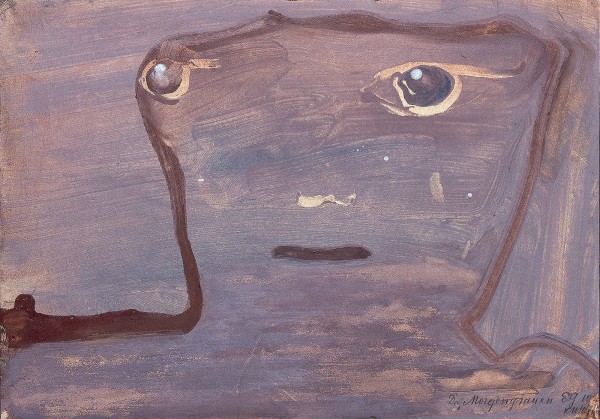 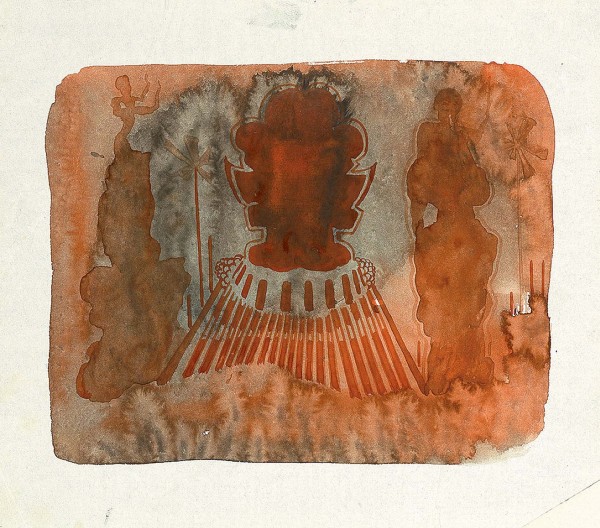 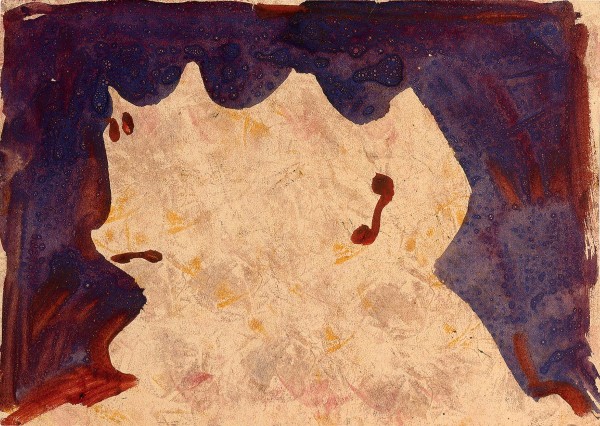 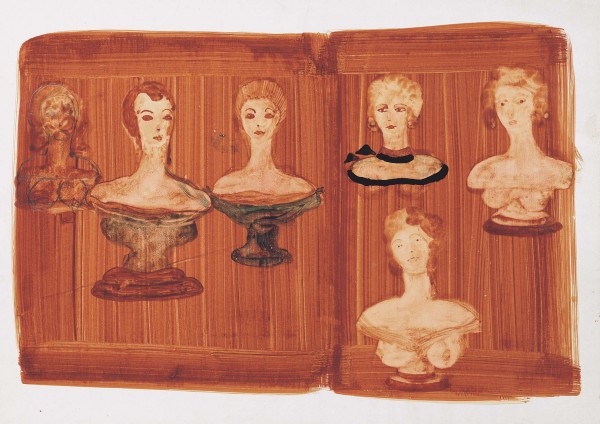 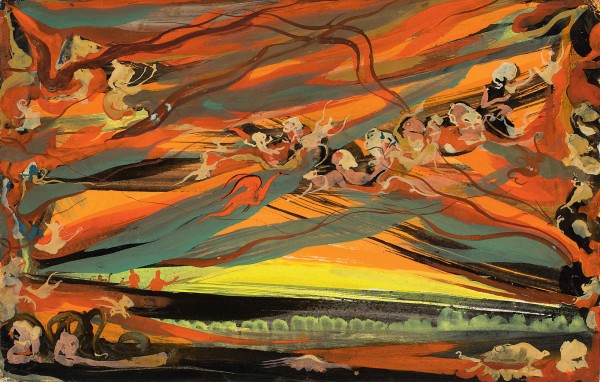 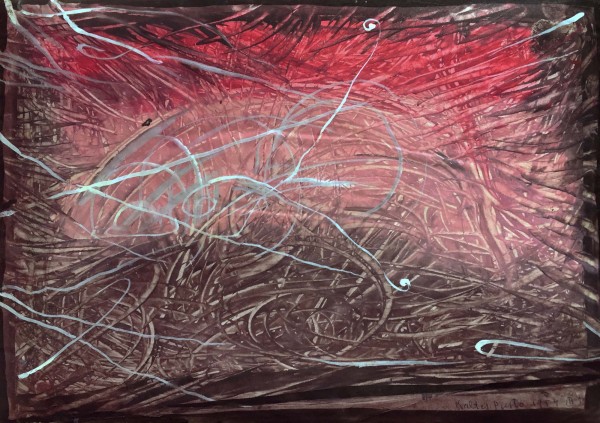 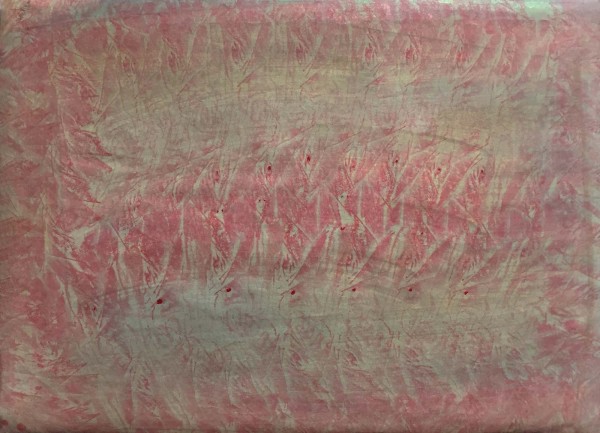 Coming from a very wealthy family, Eugen Gabritschevsky studied biology at the University of Moscow. In 1917, the first signs of mental disorders did not prevent him from finishing his studies and launching himself successfully into research. He traveled to the United States, then in 1926 moved to Paris where he worked at the Pasteur Institute. His mental condition deteriorated and he was hospitalized in 1929 in a psychiatric hospital near Munich and diagnosed schizophrenic. A new life opened up for him: for over thirty years, he would produce thousands of paintings and drawings, created on the backs of calendars, pages from magazines or administrative papers. The first rather academic works, inspired by nature (corals or human figures), would be succeeded by ghostly figures and large-headed monsters with huge eyes or little beings that look like mutants.