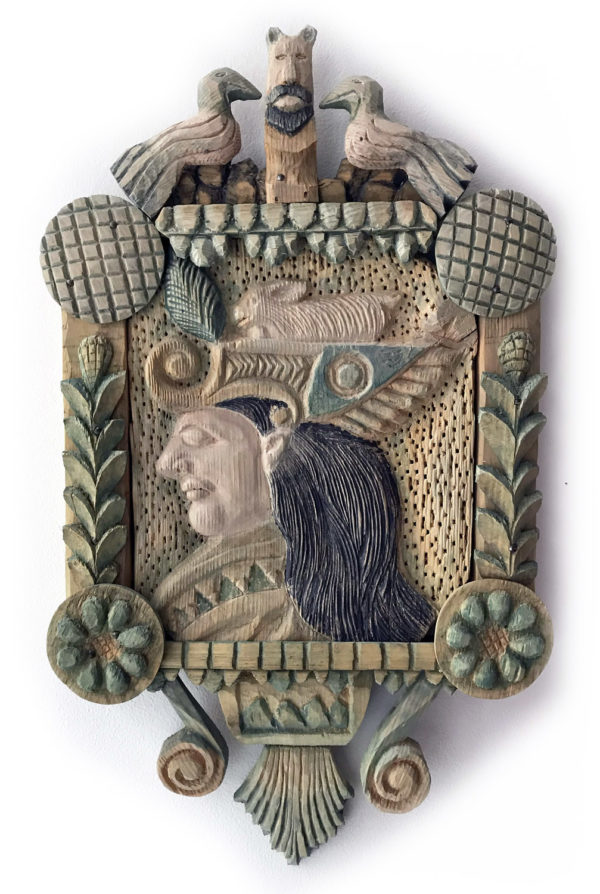 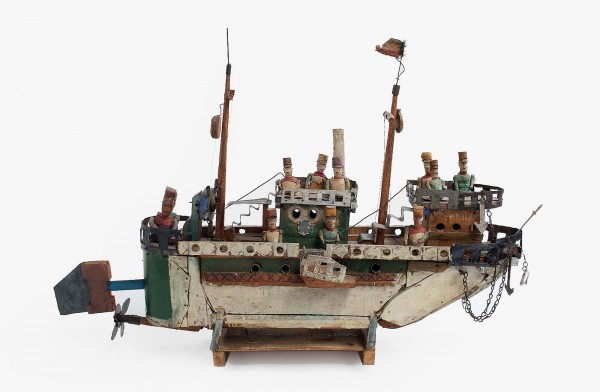 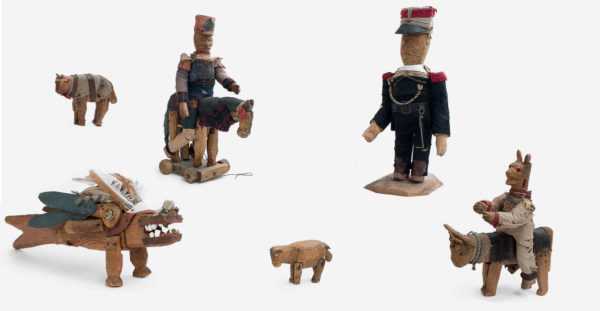 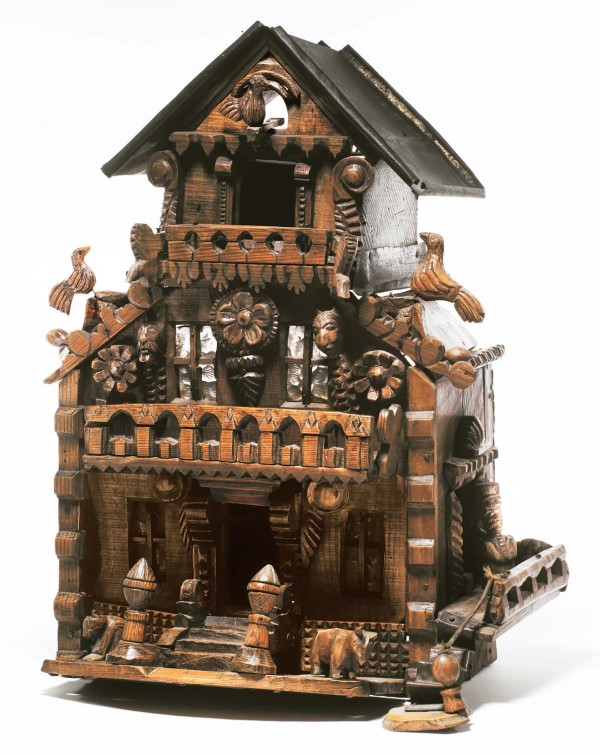 Fascinated by railroads, curious to see how the wheels of a train crush an obstacle, Auguste Forestier gathered pebbles onto the rails, causing a train to derail and consequently his committal to the psychiatric hospital of Saint-Alban; he was twenty-seven. His interest soon turned to drawing: he made series of decorative busts, medallions and commemorative emblems. From the mid 1930s, he set up a small workshop in a hospital corridor and began making wooden toys, and then to create more complex works – winged monsters, figures with rabbits or birds on their heads – which he put up for sale on the walls of the hospital courtyard. Using a shoemaker’s leather knife, he sculpted wood, adding various scraps onto it (nails, lids from boxes, old coins, pieces of fabric, pig’s or horse’s teeth from the hospital trash). He prefabricated series of elements that he organized in categories, so that he could later improvise his sculptures with great freedom of style.