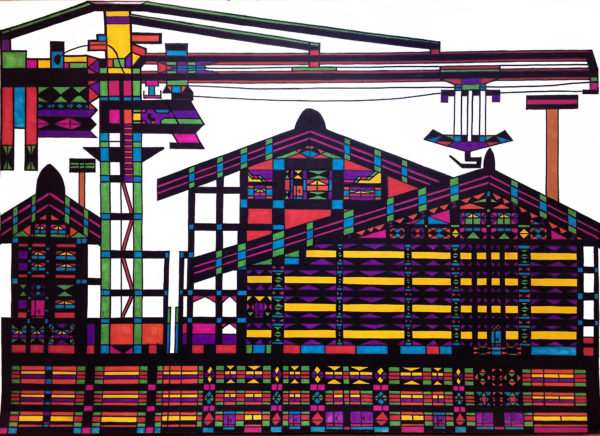 A few days after his birth Diego went into cardiac arrest from which he has suffered psychological consequences. He went to elementary school for a year but had to be placed in a special school, where he stayed for eleven years. At eighteen, he followed a professional integration program in plasterwork. He left the family home to follow three years of training. This is where he began drawing to escape the harsh environment. At the end of the 80s, during a stay in the mountains, Diego became passionate about the chalets that he would never stop creating. Subsequently his inspiration broadened but he still draws mostly architectures.