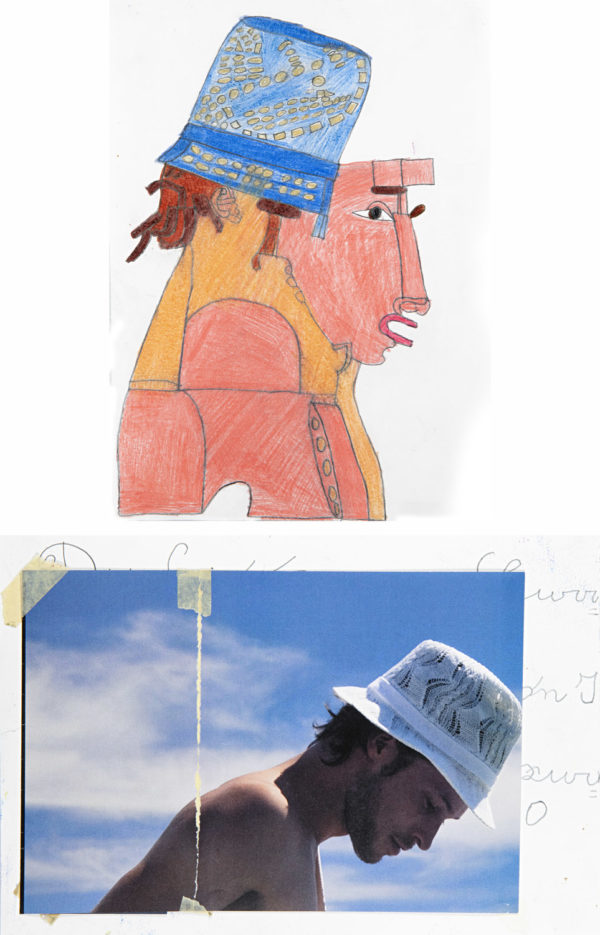 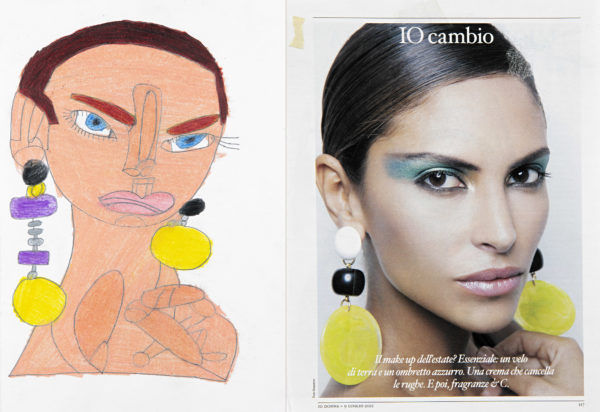 Born with a disorder that affected his mental and intellectual development, Curzio Di Giovanni entered a psychiatric rehabilitation facility, the Fatebenefratelli Center, near Milan when he was twenty-two years old, and began to draw in the studio in 2001. Di Giovanni drew his sources from photographs in illustrated magazines and reinterpreted high-fashion icons and advertising models. He was not interested in mimetic representation or tracing forms. To the contrary, he undermined the rules and norms regarding proportions, formation, and facial anatomy, overturning and mangling the usual principles—literally, defacing his figures to make them over in an original and disconcerting version. Di Giovanni did not acknowledge the photograph as authoritative, nor did he oppose it. He simply diverted images, treating the effigies printed in glossy magazines as sources of exploration. He immediately drew the main elements of the head with a pencil. Then, he added a large number of details in delimited and juxtaposed forms that conveyed areas of shadow and light, wrinkles and folds in the face, rings under the eyes, the corners of the mouth, bumps, locks of hair, and distinctive features or irregularities visible on the photographic portrait. The image was used to fragment the face and weaken its coherence. All the pieces were then brought together through colors applied in pencil. Di Giovanni undertook to metamorphose or misappropriate photographic portraits. In doing so, he revealed the polysemy of the face, the different identities of the human being, and the fragility of all individuals.