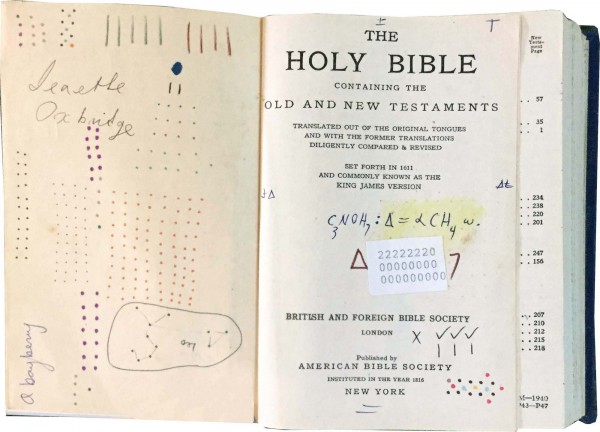 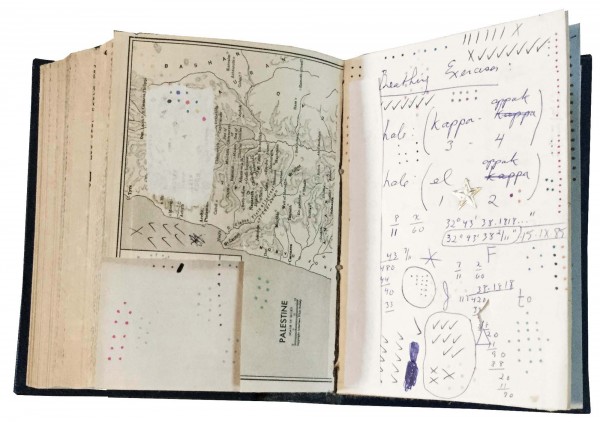 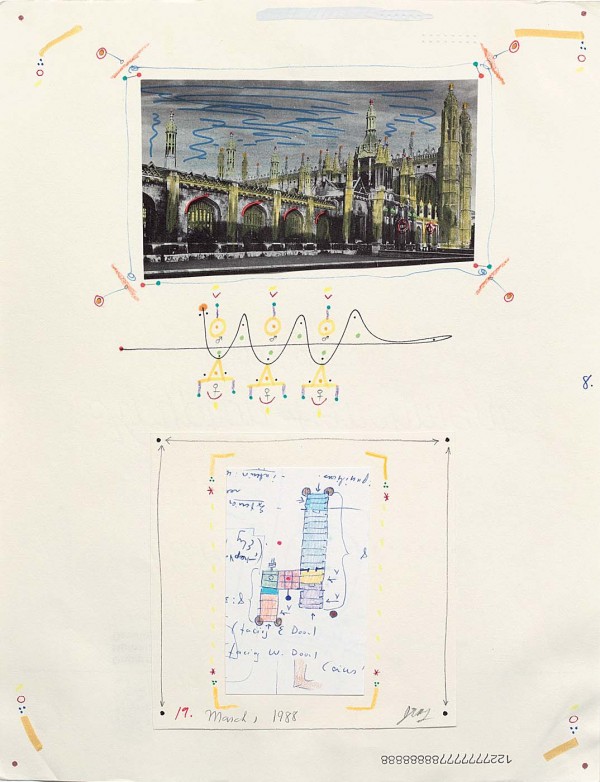 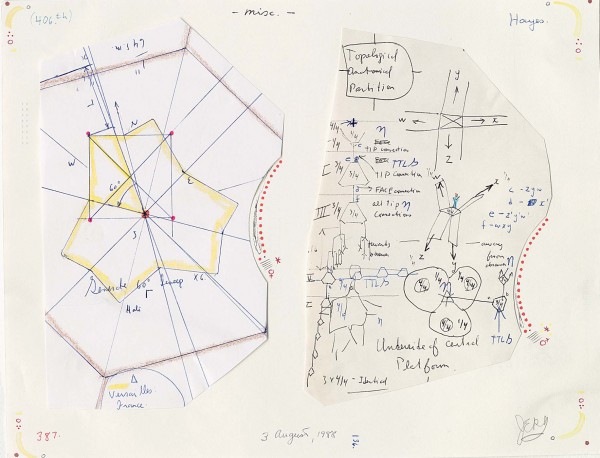 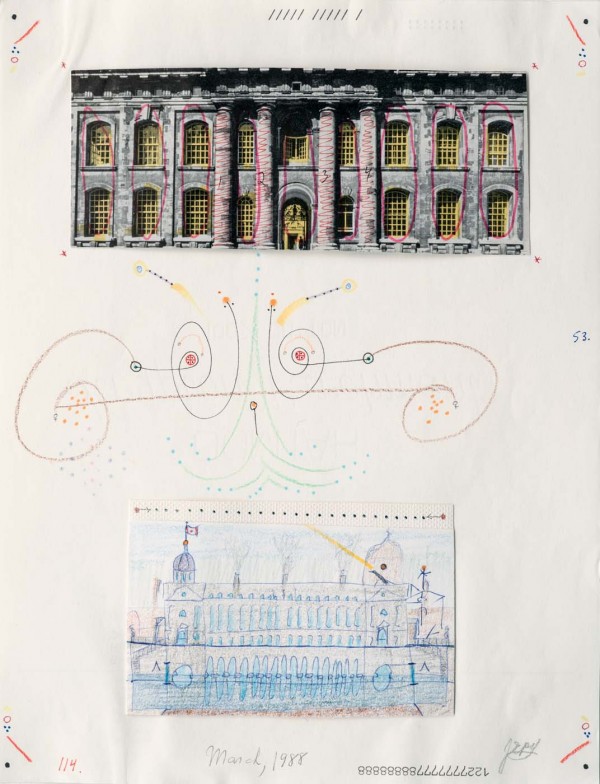 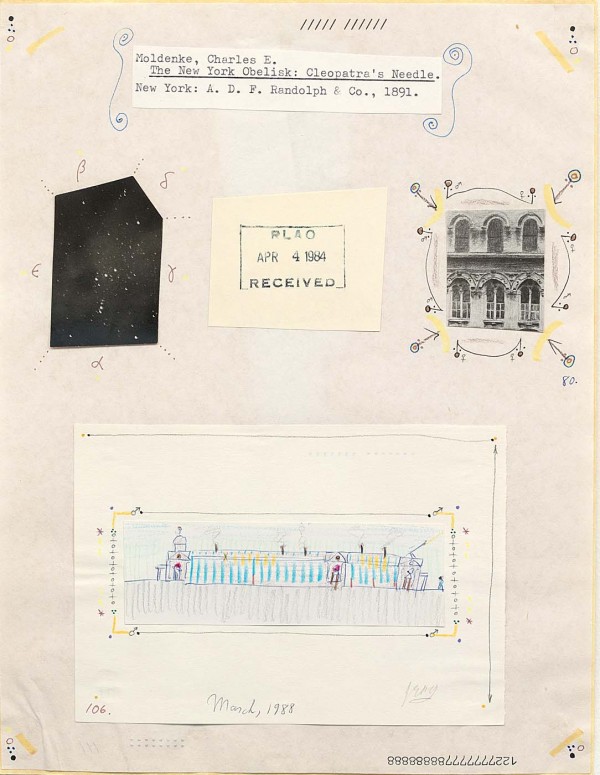 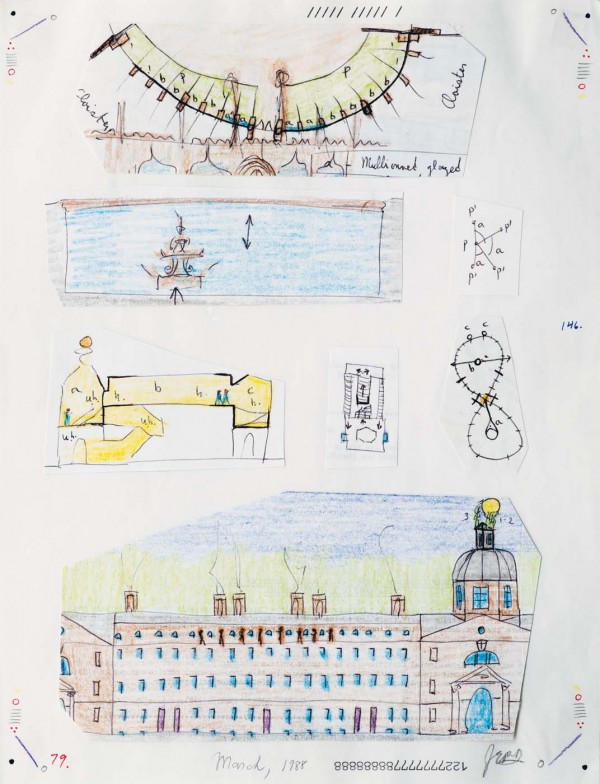 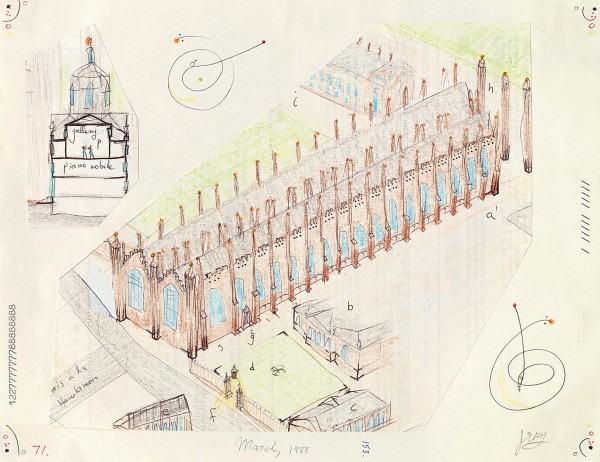 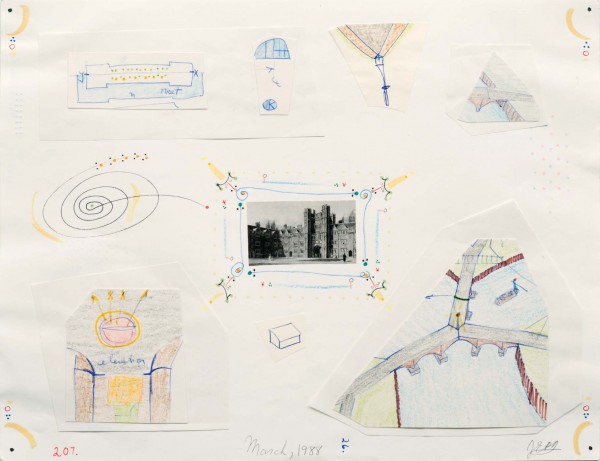 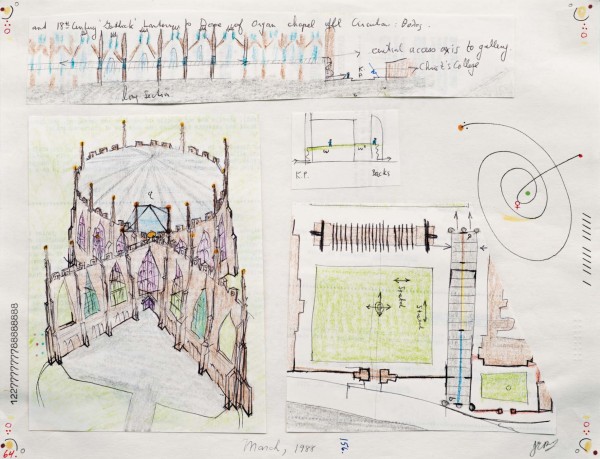 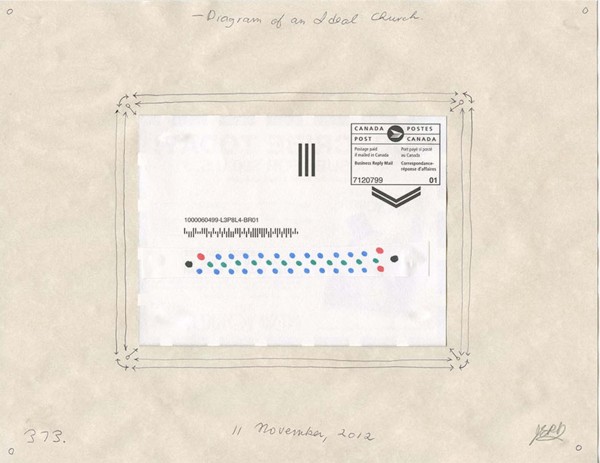 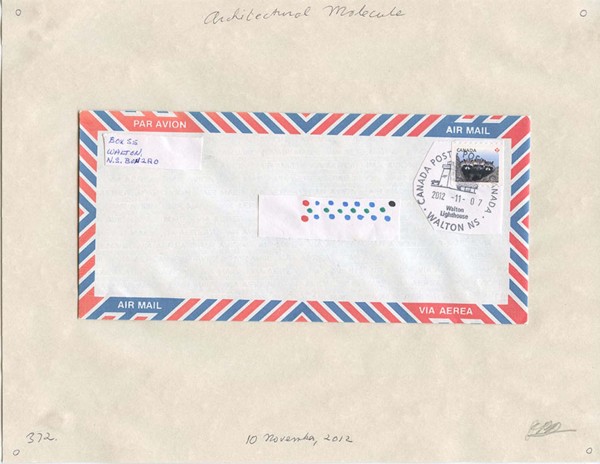 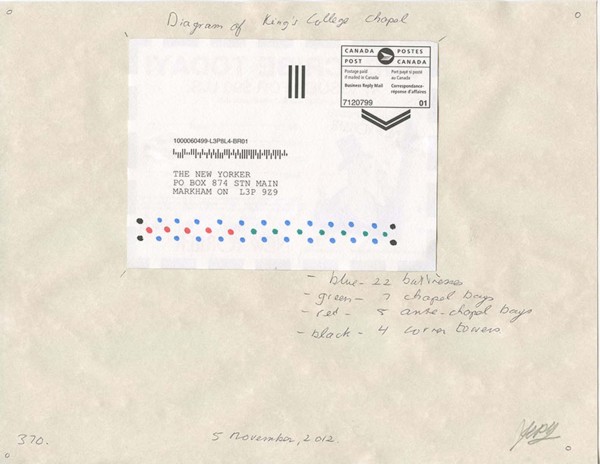 In 1979, while he was studying theology at Cambridge University in England, John Devlin experienced frequent psychotic episodes that ended his plan to become a priest. He returned home to Canada, where he was hospitalized. There, he began to immerse himself in the design of a utopian city, Nova Cantabrigiensis (New Cambridge), into which he integrated photographs of his beloved university, for which he was very nostalgic. His drawings and collages contain hidden codes and symbols; recurrent among them is the ratio 3:7. This ratio, composed of the respective number of vowels and consonants forming the name “Jesus Christ,” was supposedly used in the architecture of King’s College Chapel in Cambridge. In Devlin’s mind, it has magical powers, and so he structures his works as an alchemical organizer. He thinks that any object not constructed according to this ratio is doomed to destruction, and that it is able to correct nature’s flaws and thus counteract disease and death. For his collages, Devlin often draws on books containing images of the buildings at Oxford and Cambridge universities. Sometimes, he uses his own pictures. (As a teenager, he learned to photograph the moon and stars both directly and through his telescope.) He develops his own film, uses an enlarger to print his negatives on paper, and produces his print runs. Today, he is reconstructing this process with digital technology, drawing on white paper with colored inks and pencils (moon crescents, constellations), which he then inverts to a “negative” using Photoshop software. In recent years Devlin has often found images on the Internet; he prints them, cuts them out, and glues them. In his recent works, he has also integrated tin foil to create his collages.