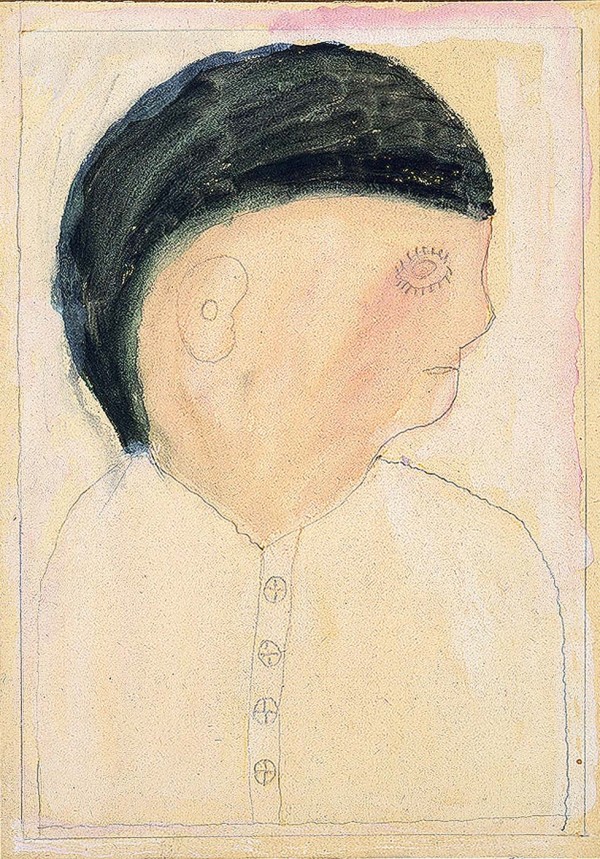 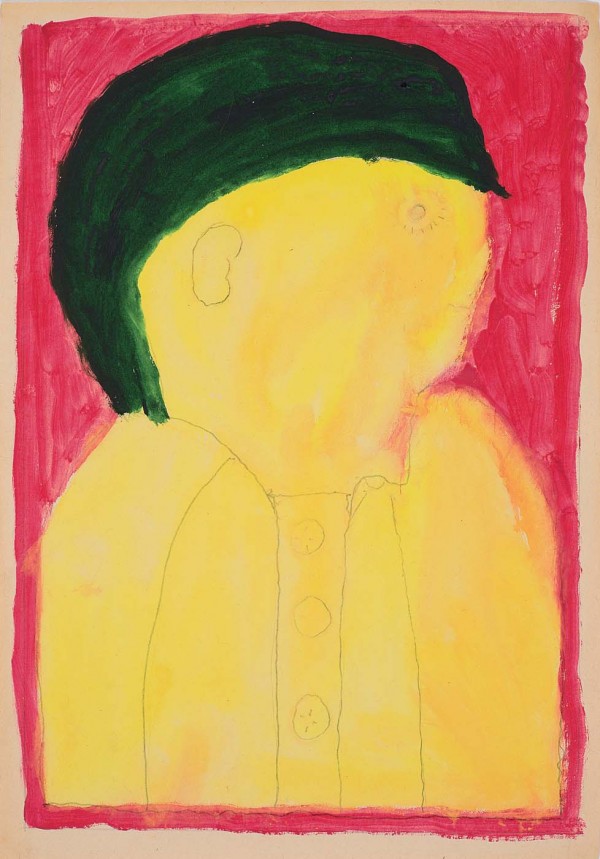 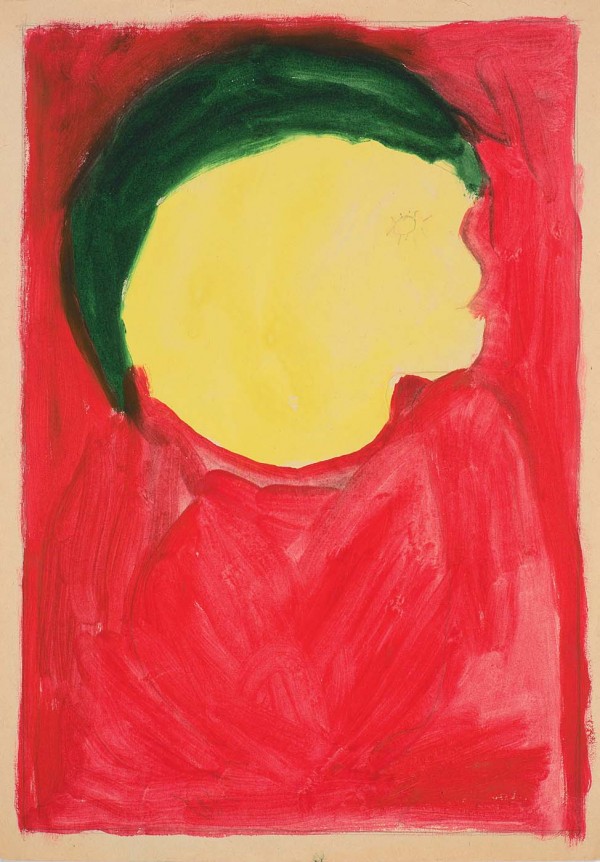 Kazimierz Cycon was born to a peasant family and attended elementary school only for few years. His first mental troubles appeared when he was twenty-one: constant agitation, anorexia, and gradual isolation. His family did not take care of him, leaving him to slide into madness. Kazimierz Cycon would gradually isolate himself in the attic, becoming increasingly aggressive, until, considered too dangerous, he was hospitalized. At the hospital he remained motionless, passive and did not seek to establish any contact. He began drawing at forty-two years old — first in pencil — then painting in gouache. The image of a face with very large eyes is a recurrent theme in his work.