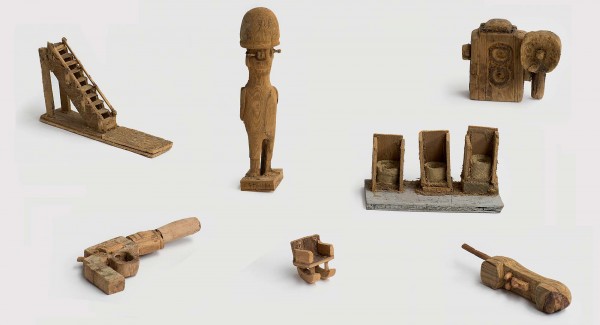 John Byam worked for the railways before serving in the US Army during the Korean War. Returning to the US in 1952, he moved in with his mother and stepfather to help manage a campsite. He also worked as a gravedigger for some time. In 1970 he began drawing, but mainly sculpted everyday objects from ordinary wood, to which he added a mixture of sawdust and glue. His work could be considered as part of a widespread rural tradition in the United States, yet his style, profoundly original and poetic, is the result of his vision of objects, obeying his imagination rather than the desire to reproduce reality. He now lives in social housing in the state of New York.