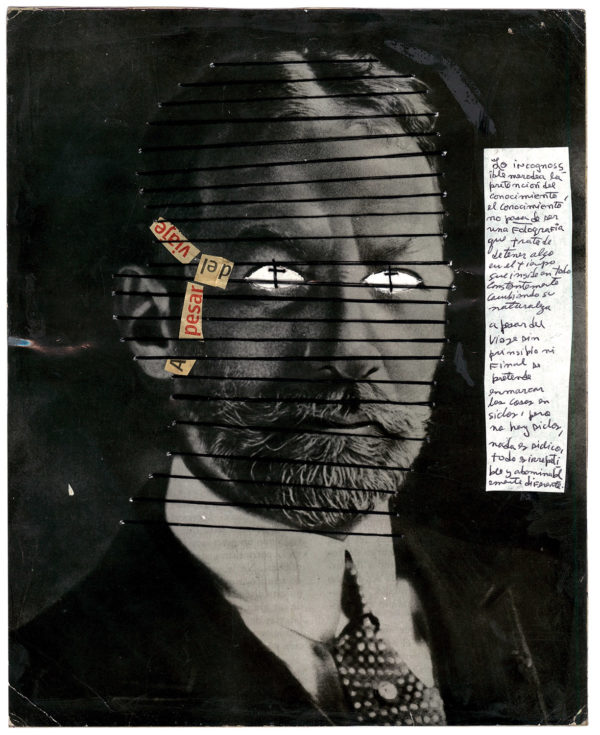 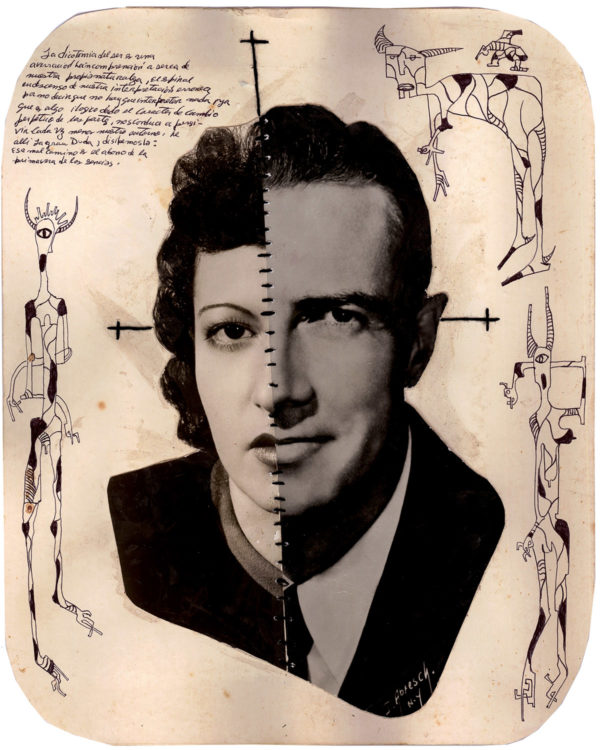 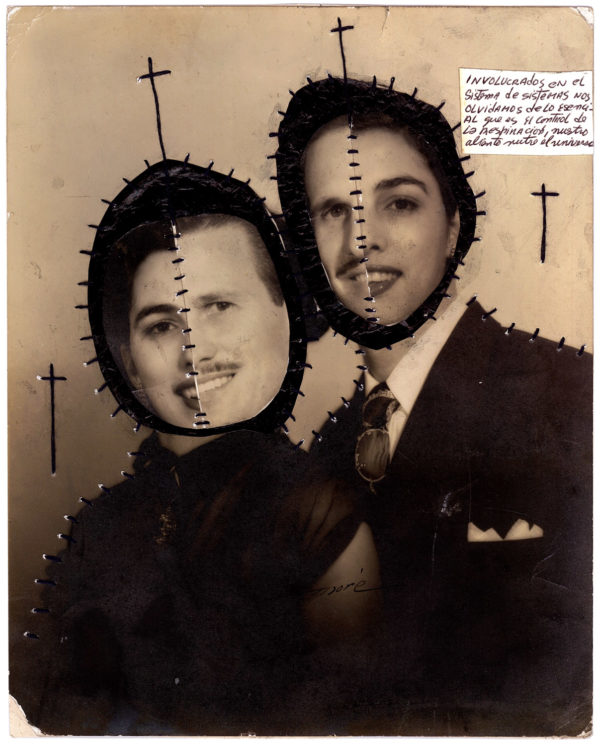 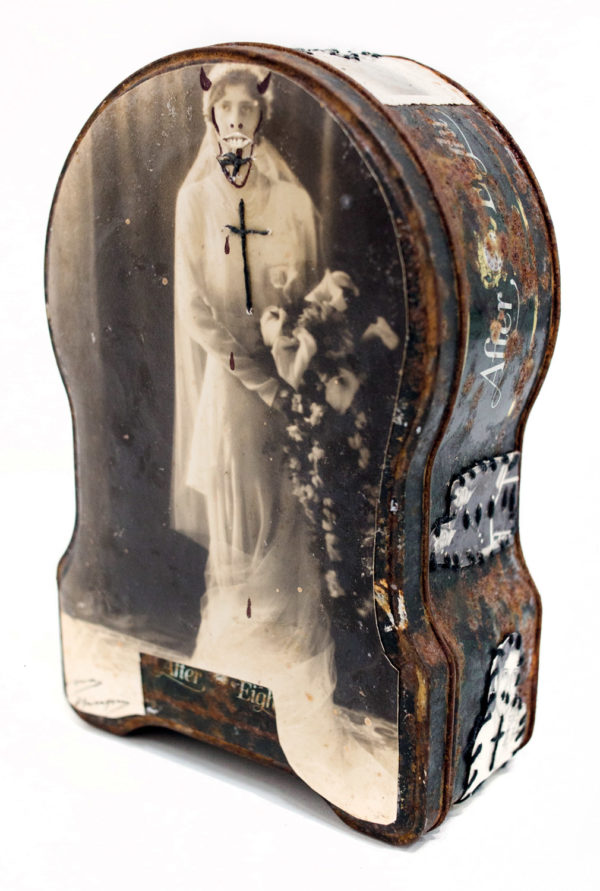 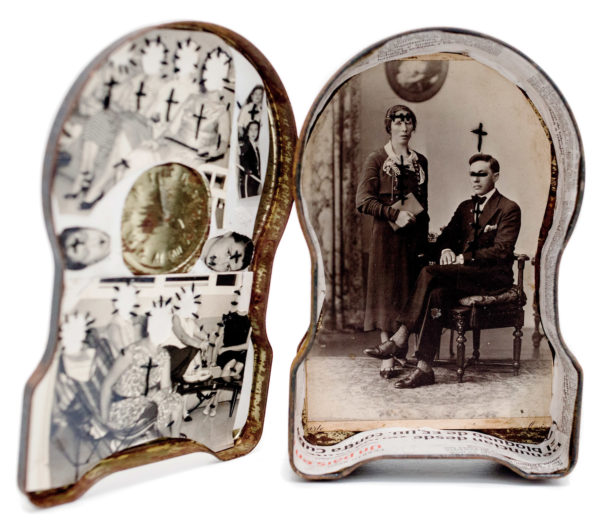 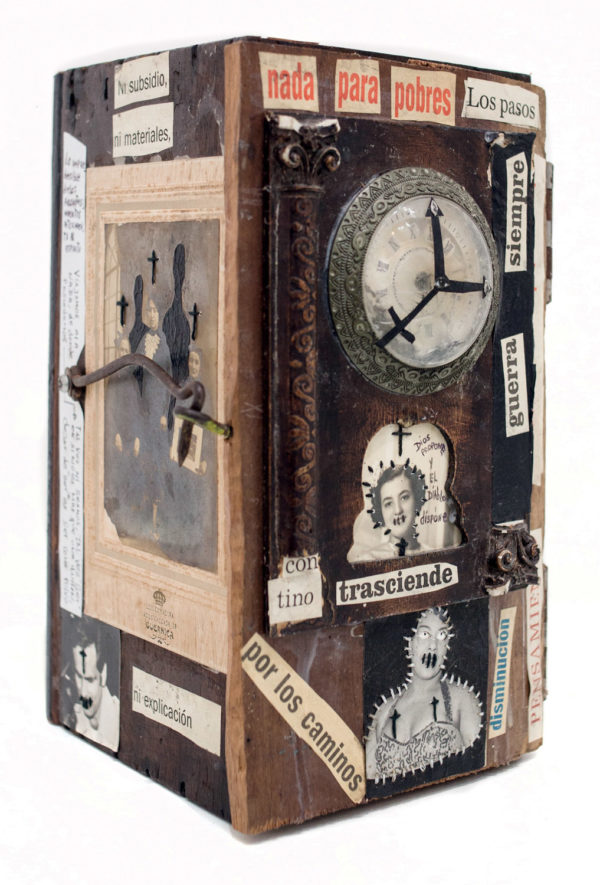 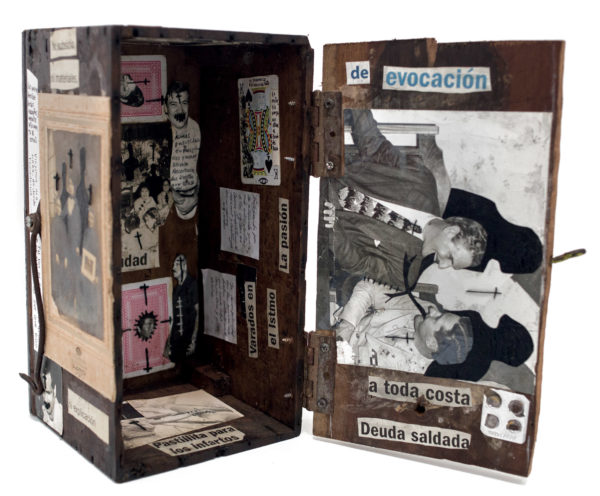 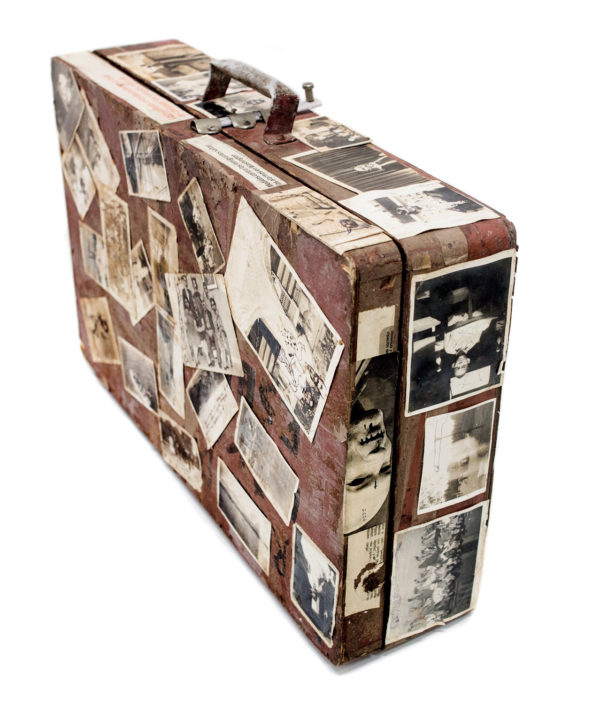 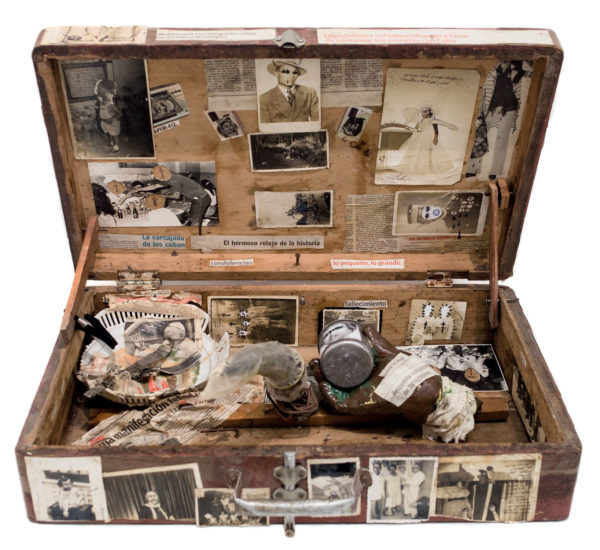 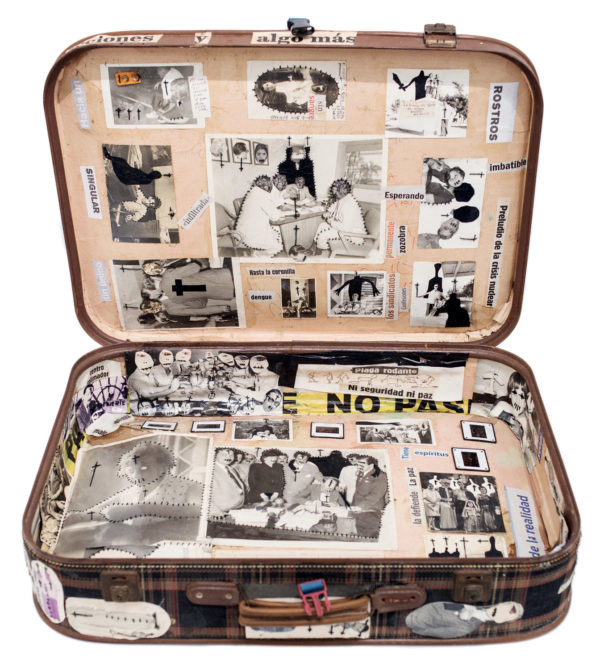 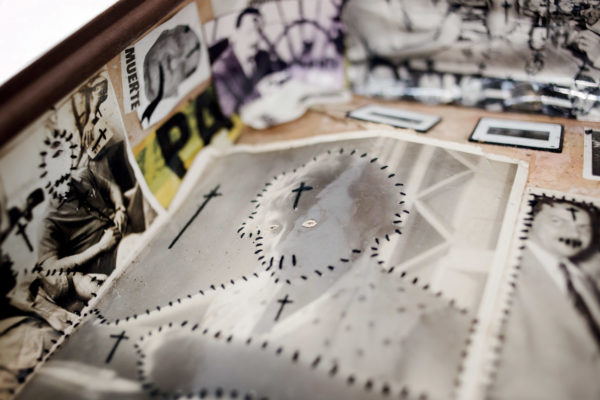 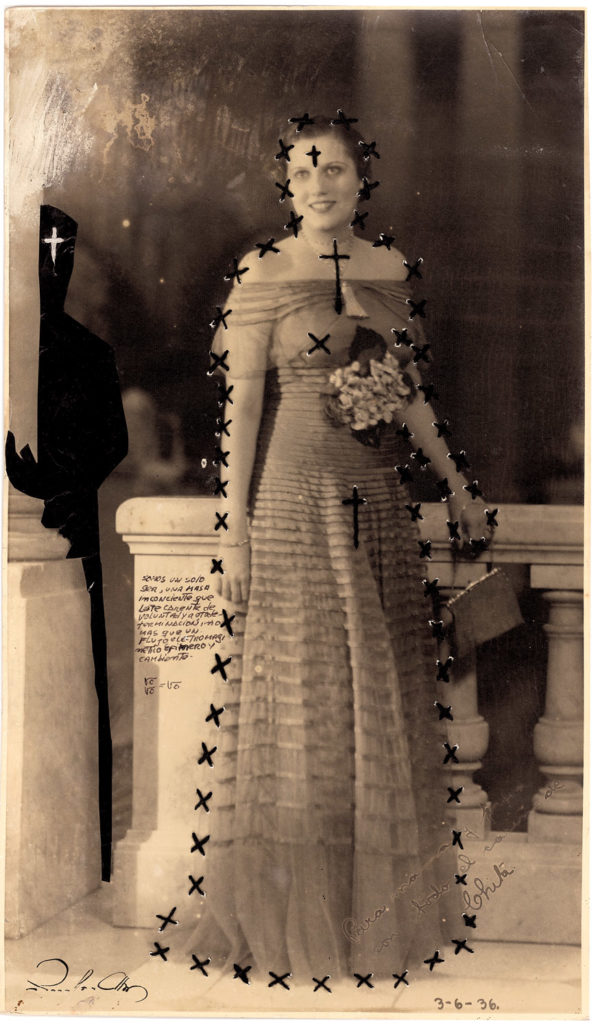 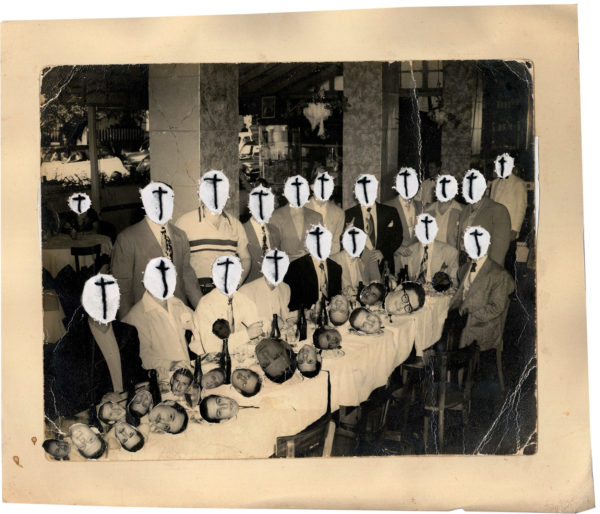 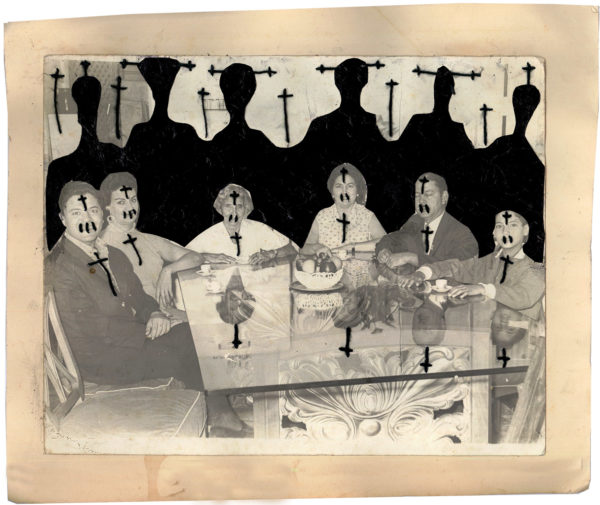 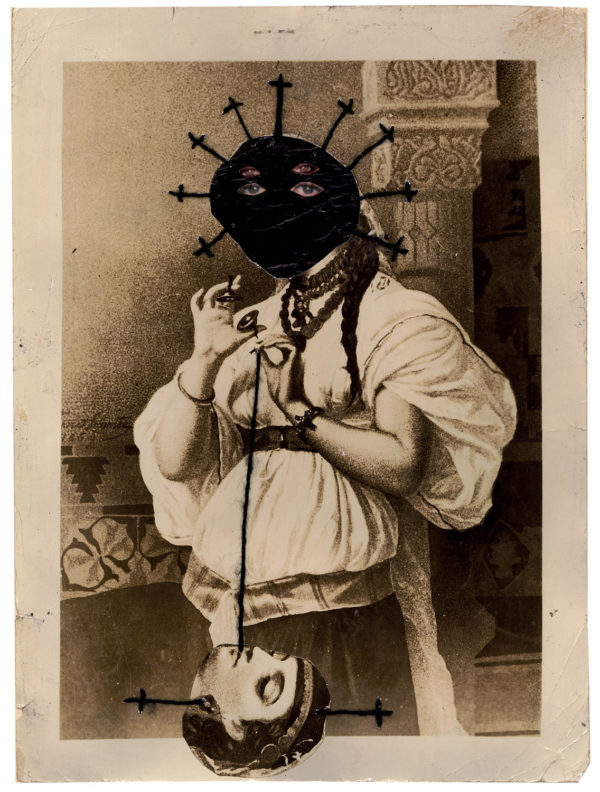 Born in Havana Jorge Alberto Cadi, known as “El Buzo” — the diver —  has no other family than his brother, who like him has schizophrenia. He tirelessly walks the streets of the city in search of thrown away objects. For more than twenty years, he has been collecting suitcases, boxes, photographs and newspaper clippings whose path he has crossed, literally and figuratively. Not to rehabilitate them, but because he detects in these objects a strong potential for extrapolation, wonderful narrative possibilities. The photographs remain his material of choice, as for the objects, he takes over all of their surfaces, proceeding as much by hybridization as by concretion, gluing, cutting, sewing bits together. Thus, touching family scenes are transformed into grotesque, even satanic images, where the characters are deprived of their faces or characterized by devilish features. The suitcase — a symbol, in Cuba, of heartbreak, wandering, separations — becomes, for him, the place of possibilities and unexpected reunions. “When you close the suitcase, you bring together people who have never seen each other. They go back to travel… Sometimes in another dimension.” But it is also about what has been sewn together and torn apart, given a new possibility to continue. “We are a bit stitched up by time.” he confides.

Based on the biography by Christian Berst Gallery