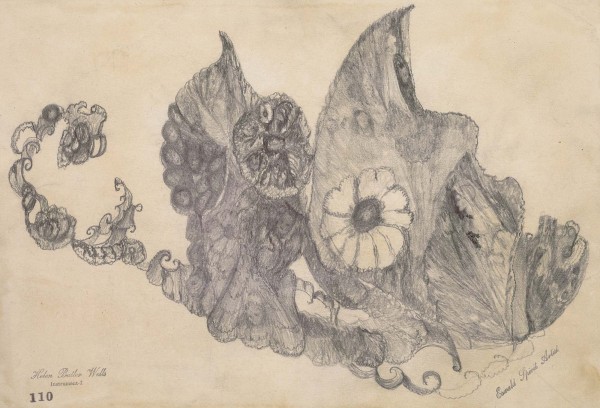 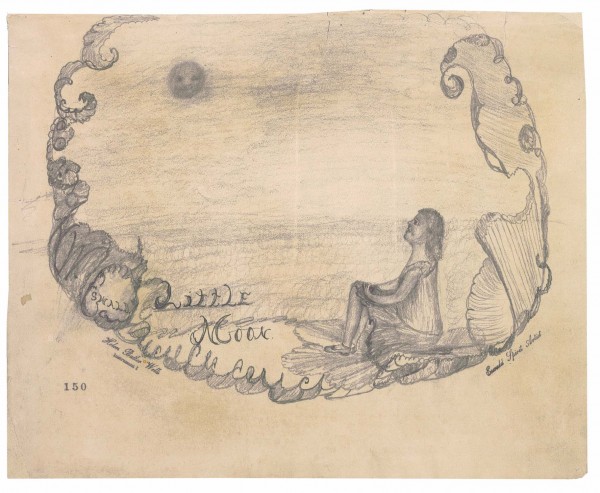 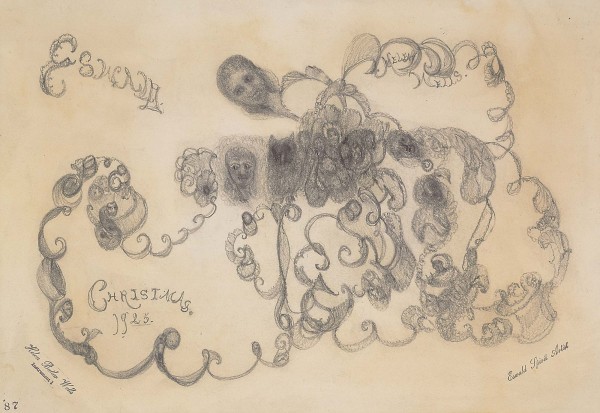 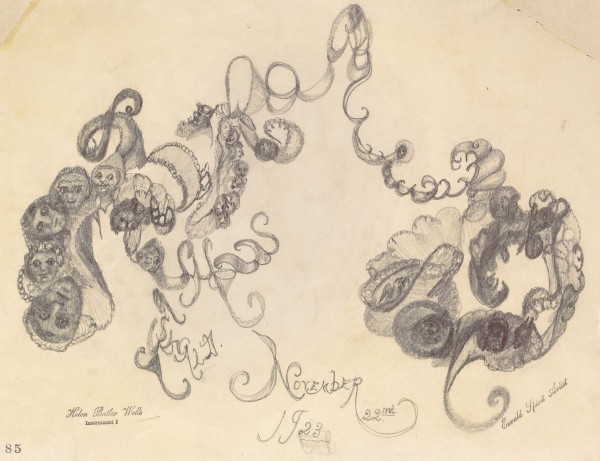 Driven by the spiritualist wave that swept Europe and the United States in the early twentieth century, Helen Butler Wells founded the spiritualist group called “Jansen.” She communicated with the spirits of famous personalities – introduced by her son who died at an early age – among them Bishop Jansen, Ralph Waldo Emerson, Pythagoras, Tecumseh, and a large group of Native Americans as well as visitors from the planets Jupiter and Mars. Under their influence she created a series of automatic drawings – some signed as “Instrument Number 1.” In 1919, a new spirit took over her body, an artist named Eswald, who guided her hand to produce drawings with pencil, inspired by Art Nouveau, marked not only by the atmosphere of Symbolism, but also by impressions or references to fairy tales and illustrations of fantastic literature. Executed in a single stroke, these drawings, metamorphosing into volutes then writings, produce a hypnotic effect on the spectator and plunge us into a world of strangeness.