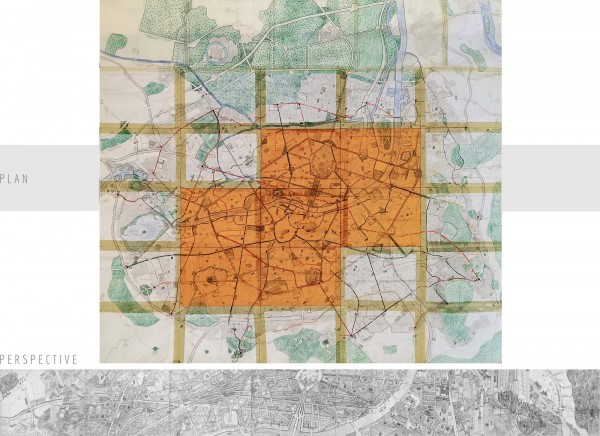 Christophe Barcella grew up in a working class family with complex multicultural roots, which gave him a taste for traveling and searching for his origins. Around the age of eight, he was tirelessly leafing through the illustrated Larousse dictionary fascinated by world maps and historical figures, playing detective in space and time in the privacy of his room. While a passion for archaeological excavations and incursions into family genealogy sated his thirst for investigation, he transposed his quest into plans of the imaginary cities he draws by the dozen and embellishes with architectural elements. He first draws them in notebooks and then deploys them up to large format ideal megacities on A4 sheets which he assembles together as his cities grow. This visceral need to “map” has evolved over the years into a form of meditation, and with painting, city maps became pictorial relief maps during his adolescence. As an adult, divided between scientific rationalism and artistic exploration, Christophe Barcella has opted for an international consulting career in the pharmaceutical industry without ever stopping creating utopian plans of cities.