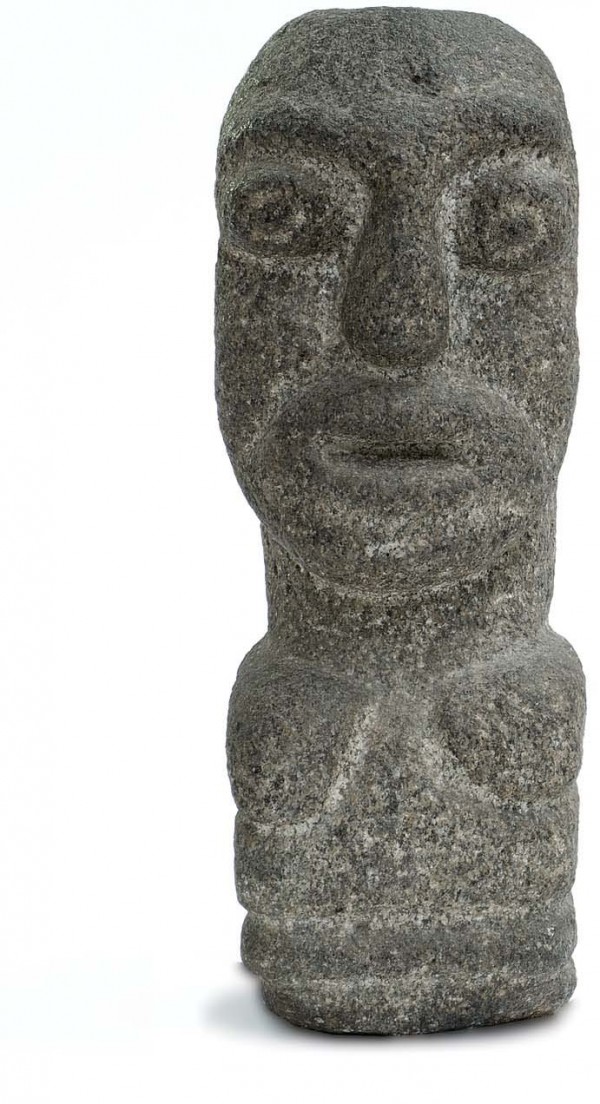 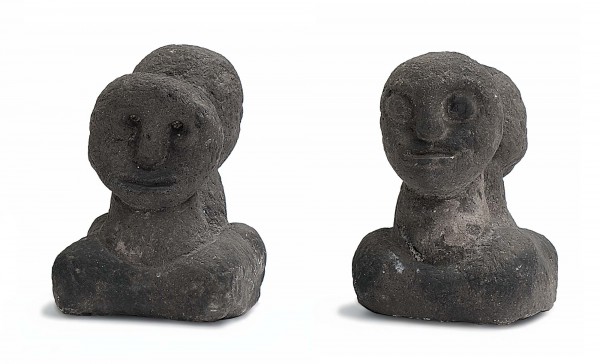 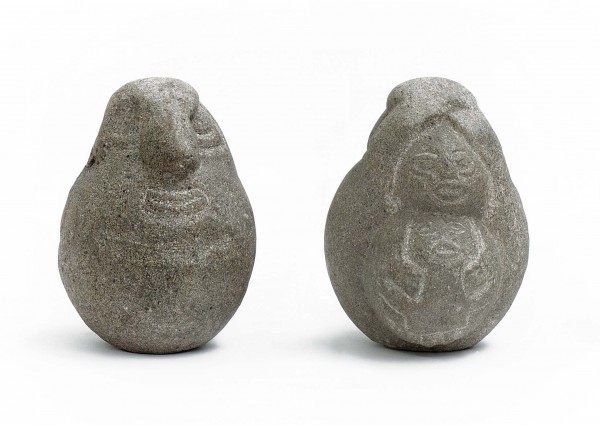 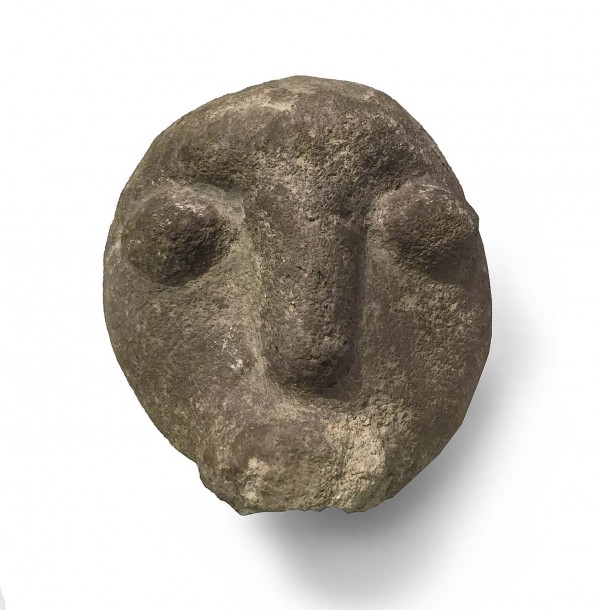 After a thorough investigation, Bruno Montpied, with the help of Régis Gayraud, has discovered that the Barbus Müller of which nothing had been known until recently are in reality the work of Antoine Rabany, known as “the Zouave”;  former soldier, farmer and a self-taught sculptor in Chambon-sur-Lac in Auvergne. The statues photographed in his garden by an unidentified photographer (probably before 1919) are the same as those Dubuffet called Barbus Müller in 1947.
In 1908, the archaeologist Léon Coutil met Rabany, taking him for a manufacturer of false archaeological objects. Coutil testifies that Rabany sculpts in winter, fashioning 3 to 4 pieces per year (i.e. a production of about 60 pieces), selling them between 5 and 10 francs, complaining that he cannot sell them for a higher price — the stone is hard (Coutil writes: “He goes to great length to execute them, absolutely ignoring models and the technique of working on hard stone”). Each sculpture is different. As early as 1908, pieces from Zouave Rabany apparently made it to antique dealers in Evreux and especially in Murols, a town very close to Chambon. In 1912, another archaeologist, Albert Lejay, reports having discovered some in Lons-le-Saunier, coming from an antique dealer in Vichy. He acquires one, and takes pictures of the others. In 1928, an auction of the property of the late Antoine Rabany took place. It did not include any personal property or sculptures, which were most likely already sold  to various antique dealers and collectors. In 1934, a sculpture reappeared at an antique dealer in Lyon, Maurice Brossard, and the following years several collectors acquired a few of them, making them known to Jean Dubuffet. The two world wars certainly played a significant role in erasing the traces of the author of the sculptures.  In 2017 Bruno Montpied acquired a photo of the original site of the sculptures and published it  in his book Le Gazouillis des éléphants (éditions du Sandre, 2017), paving the way for his subsequent research.