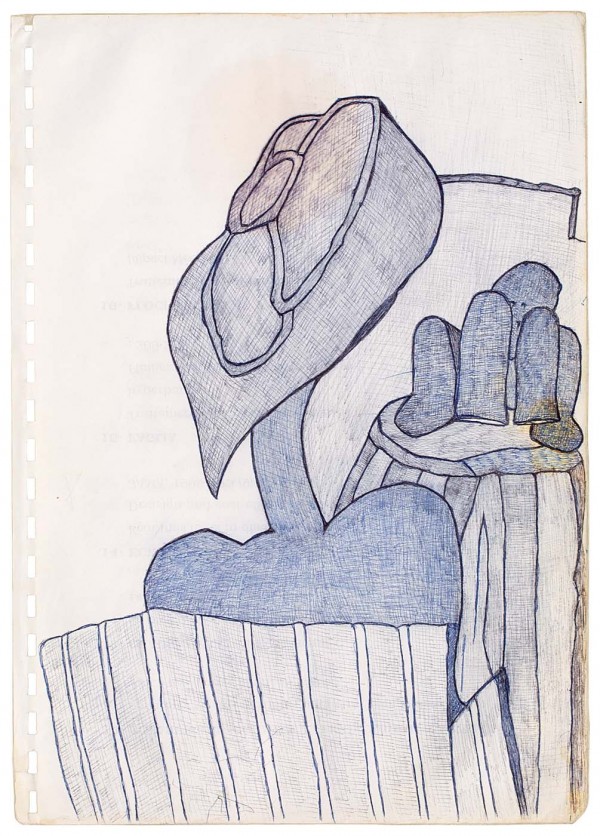 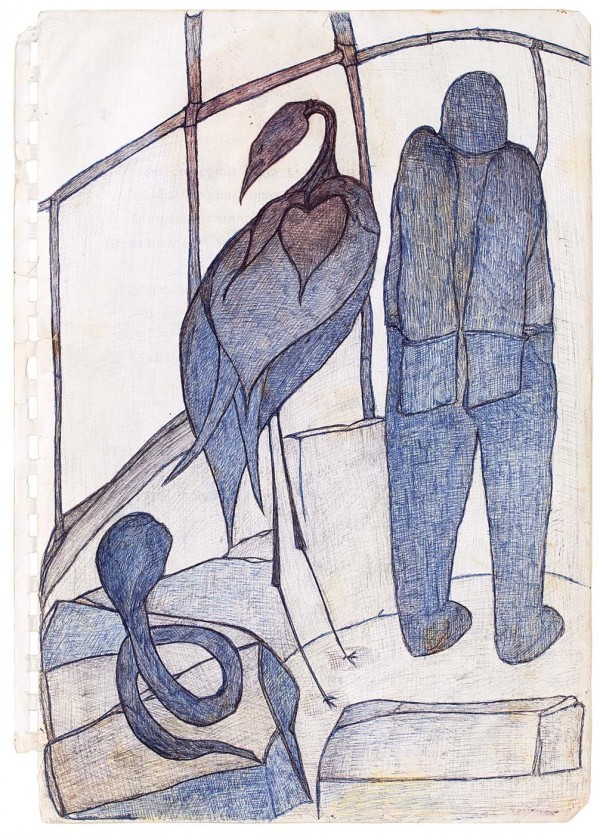 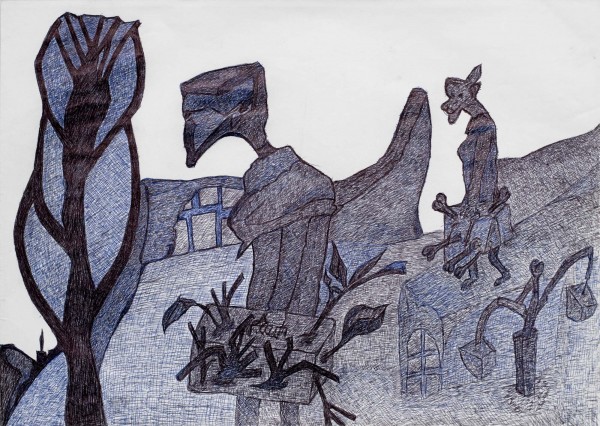 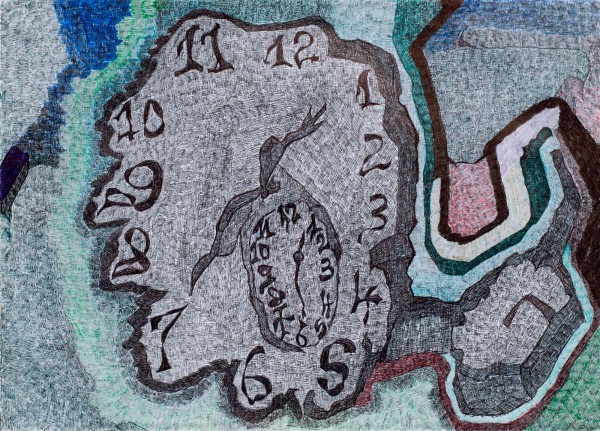 Aouam Abdellarrazzak, nicknamed Ralhi (“elder brother”), was born in a mining town south of Casablanca. He originally did truck maintenance for a print shop, but the business went bankrupt. His marriage fell apart, and on top of it he landed in prison for involuntary manslaughter, which sent him into deep depression and resulted in his drug addiction. With the help of his older sister, he managed to control his addiction and found a precarious equilibrium in drawing. His work depicts hybrid characters in which plant and animal shapes are intertwined with human faces. Abdellarrazzak long viewed his art as nothing more than a meaningless pastime and even threw some of his drawings away.