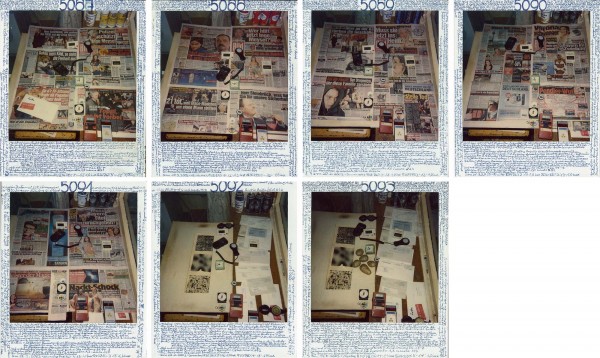 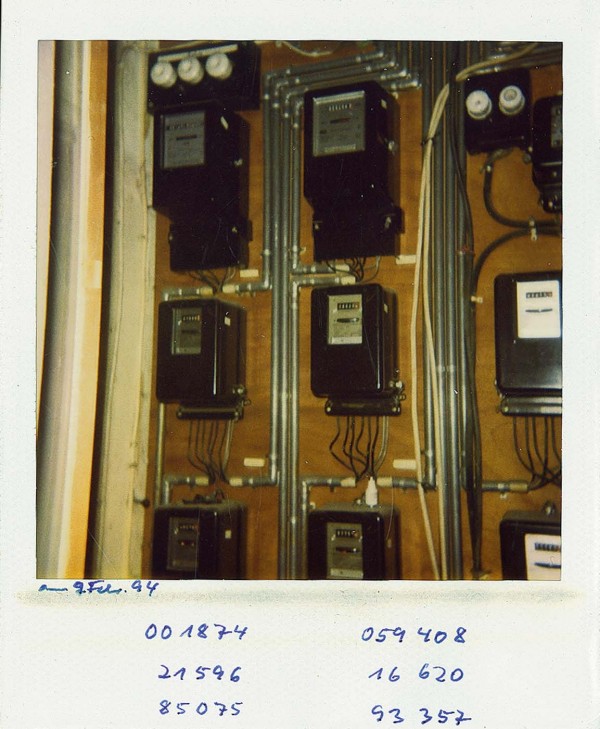 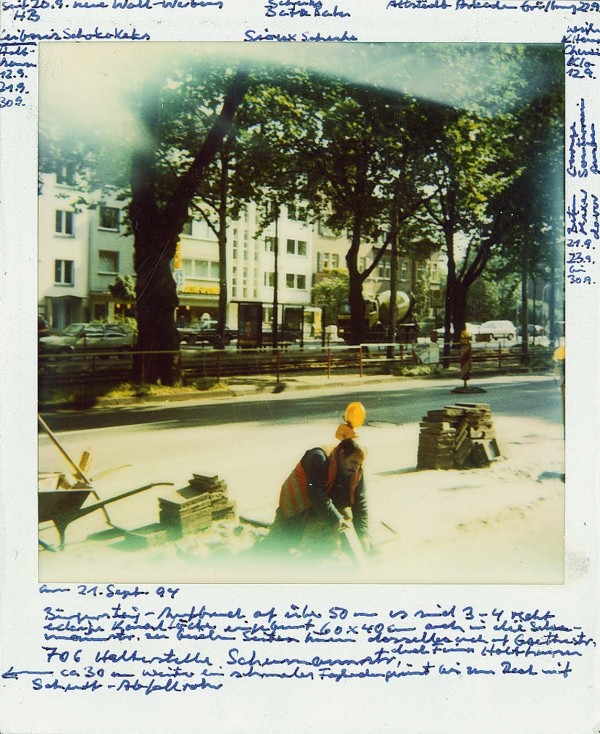 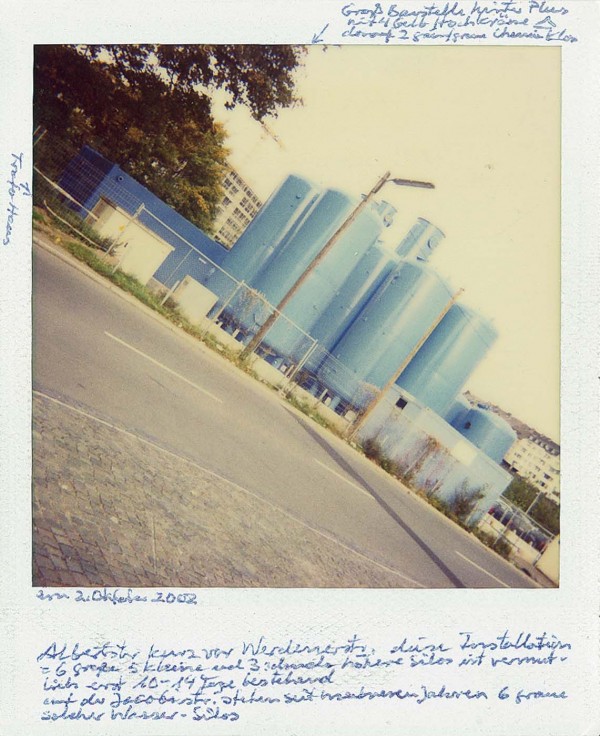 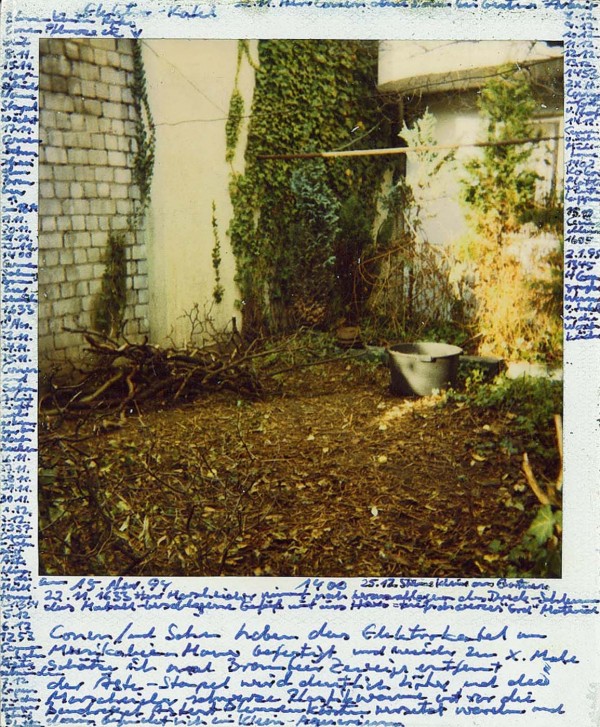 Horst Ademeit spent the last 40 years of his life to documenting the existence of “cold rays,” recording their detrimental effect on himself and his surroundings. To this end, he took thousands of Polaroid and (later) digital photographs, which he numbered and dated and used as a record of his everyday observations. On the margins of the photographs, he wrote in nearly illegible writing the smells, sounds and atmosphere that surrounded him the moment he pressed the shutter release. His table was piled with magazines (mostly BILD-Zeitung), letters and food; using a Geiger counter, light meter and other measuring devices, he calculated the intensity of the cold rays. He tried to discover who was responsible for all of his and the world’s problems. “It is just a question of time before I catch them red-handed,” he claimed. He used a lathe to make hundreds of little balls, which he carried with him in order to disrupt the cold rays. His daily routine was fully determined by his inventorying and by the logical rules of his system.