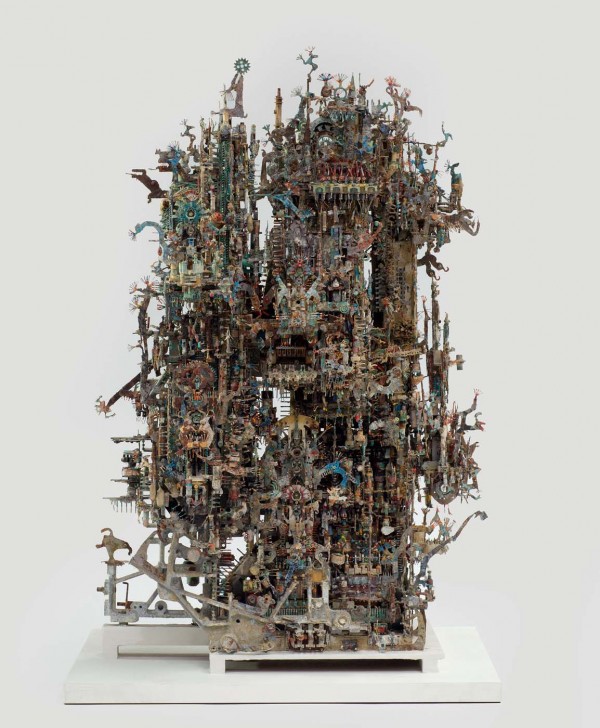 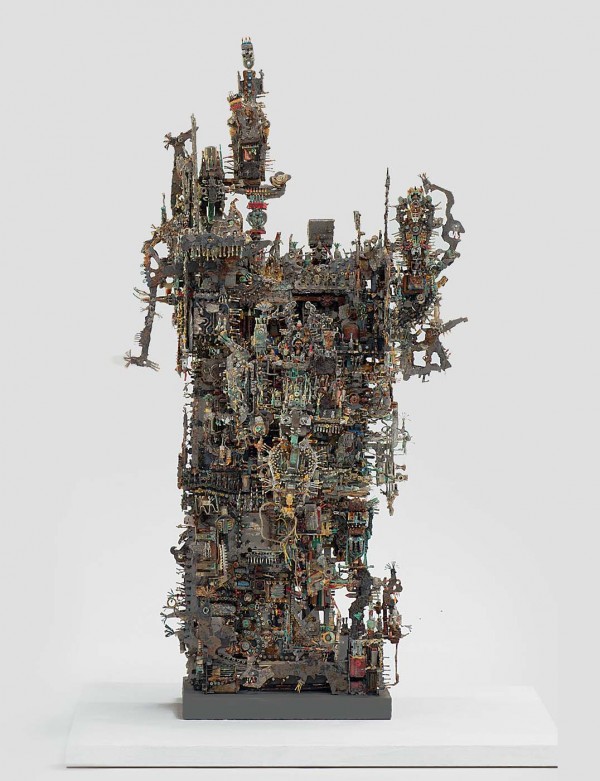 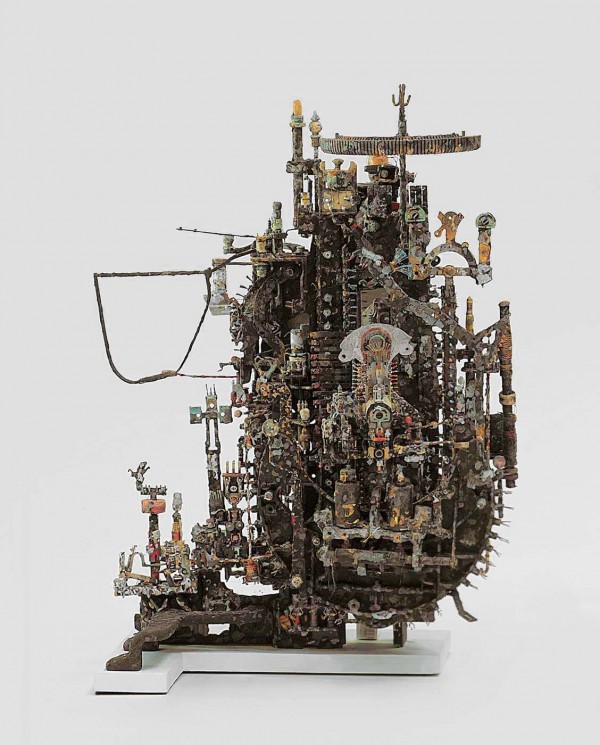 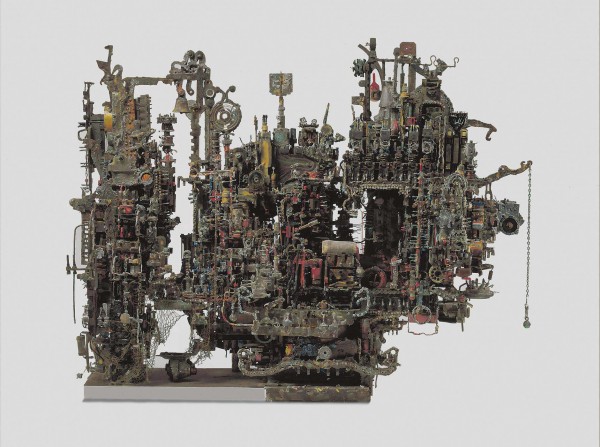 A child of great shyness, Alfred Marié originally apprenticed as a room painter. Encouraged by a friend, in 1968 he entered the Regional Art School in Tourcoing, which he left after five years, destroying the work he had done there. In 1974, he met his future partner Corinne, who supported his work so much that he included her in his artistic pseudonym: A.C.M. stands for Alfred Corinne Marié. After two years without a permanent home, the couple settled down in Alfred’s childhood home, which had stood empty for several years. While renovating the house, A.C.M. began to work on his art in his father’s old weaving workshop. He collected parts of old typewriters, alarm clocks, transistor radios, electronic accessories, cables and similar items, which he organized, cleaned, corroded with acid, let rust, and glued together. The results are complicated architectural objects resembling cathedrals, shops, and inhabited labyrinths.