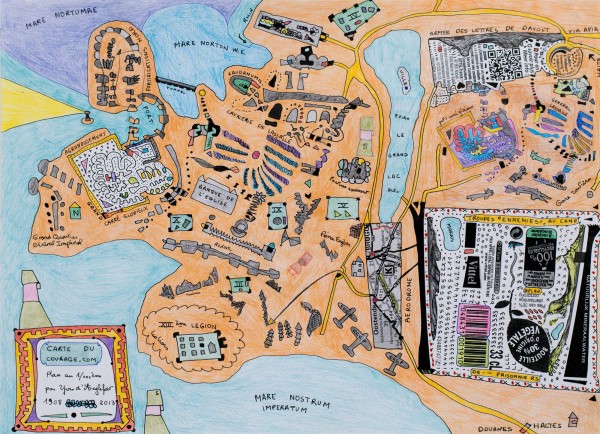 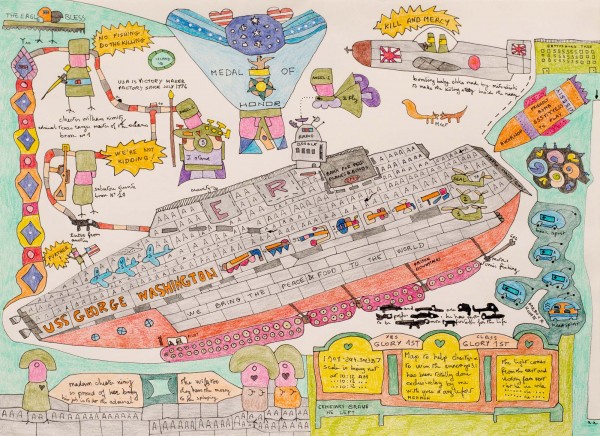 Born under X(?) Yves Anglefort was adopted by a family in Grenoble. He had a chaotic childhood due to the death of his adoptive father in 1965 and a conflict with his adoptive mother. Placed in various schools where he suffered violence, he left school by the end of the third grade. His life has been hectic: he spent three years traveling and doing odd jobs in California, where he created dozens of drawings, all of which have been lost; then returned to France where he became a window cleaner. Married in 1981, he divorced a year later; he had a son who committed suicide when he was young. He saw other years of instability, always drawing a little, remarried, divorced again, and stayed for a short period in a preventive prison. As a result of his time in prison Yves Anglefort began painting in 1989, signing with the name of his great-grandmother. He left Grenoble in 1992 for Guadeloupe where he lived frugally and drew in secret. Father of another child but separated from his wife in 2003, he returned to France to settle in Meylan, with his second son, whom he raises on his own. At that time he was diagnosed with bipolar personality, unsociable and disturbed – a handicap recognized by the state. Since then, he continues in isolation to produce his work, in a personal style and his own writing system, more pronounced from 2011.