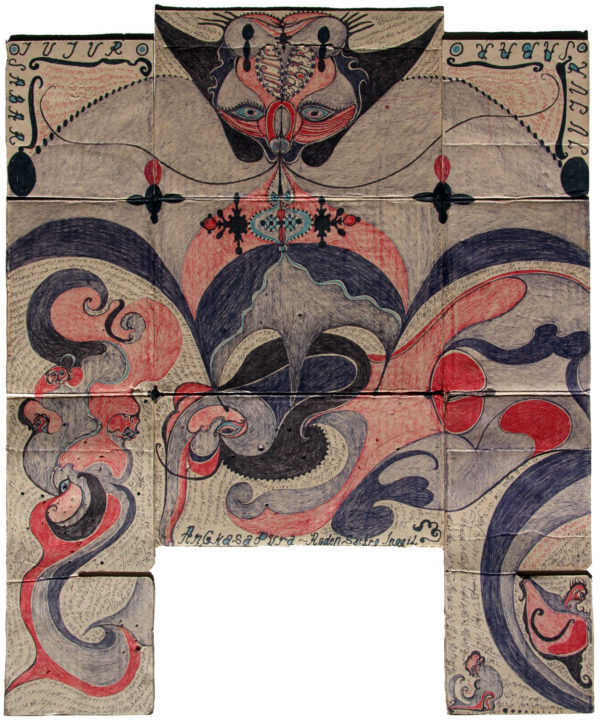 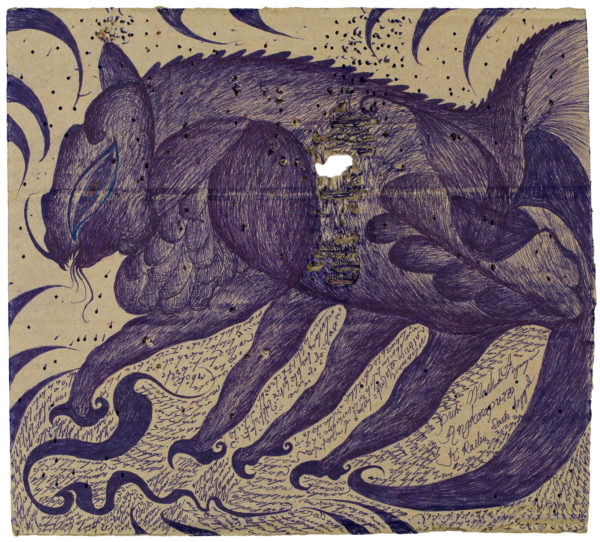 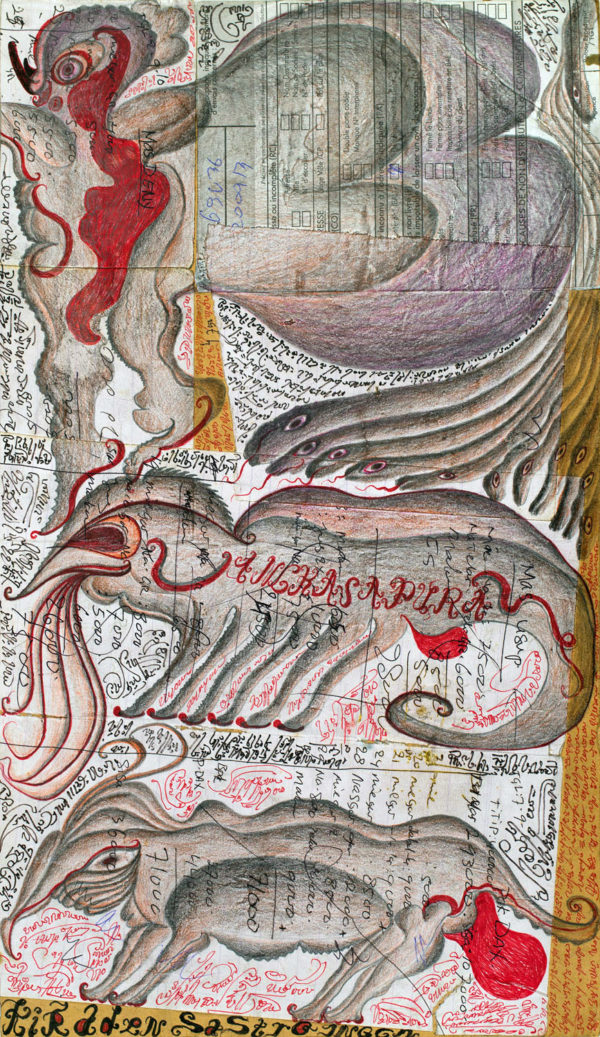 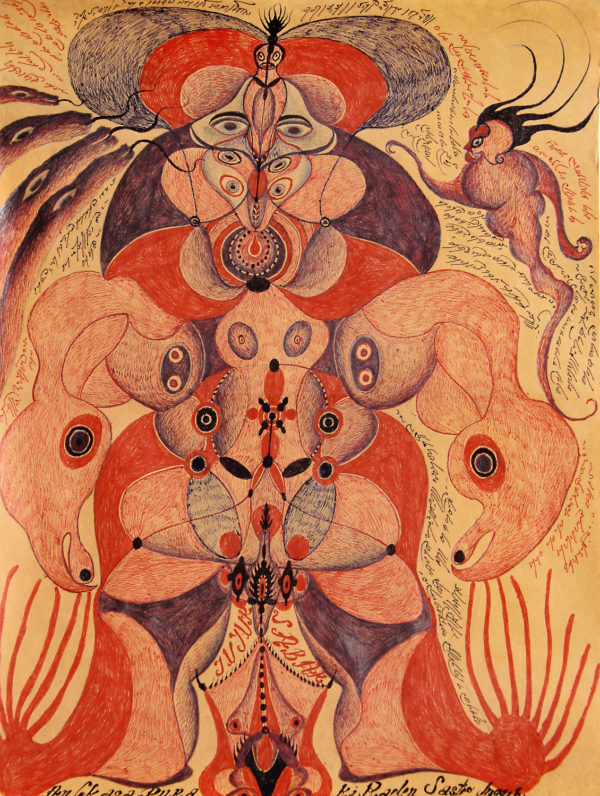 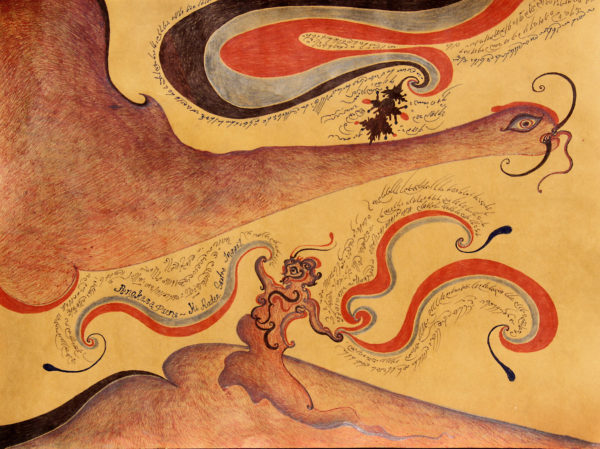 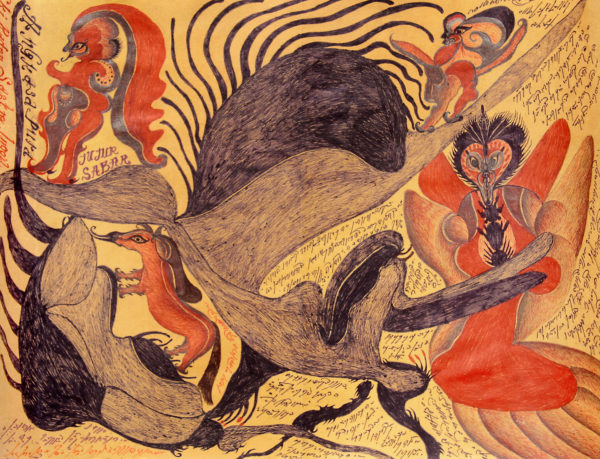 From childhood Noviadi Angkasapura draws and sculpts. At the age of twenty-two, he was visited by a spirit who told him to draw based on the concepts of “patience” and “peace”; he then gave him the title of Raden Sastro Inggil. He says about this apparition: “It was like a dream, but I was not sleeping. When I came back to myself I tried to catch the spirit but he was gone.” As a result of this event his desire to produce became greater and more intense; he even imagined building his own museum, the Angkasapura Art Museum — Raden Sastro Inggil, which would contain a million drawings. The act of drawing is both a prayer, a form of meditation, and the means of conveying messages from the spirit; Angkasapura calls himself a messenger. Through his work he wants to tell his family how noble the first ancestors were, models to be followed. Nourished by the imagination of his country, Noviadi Angkasapura deploys his art spiritually, with a deep desire to grasp the higher forces that influence us. He draws as much from the Muslim religion of which he is a practitioner, as from other cults, crossing myths and epiphanies.