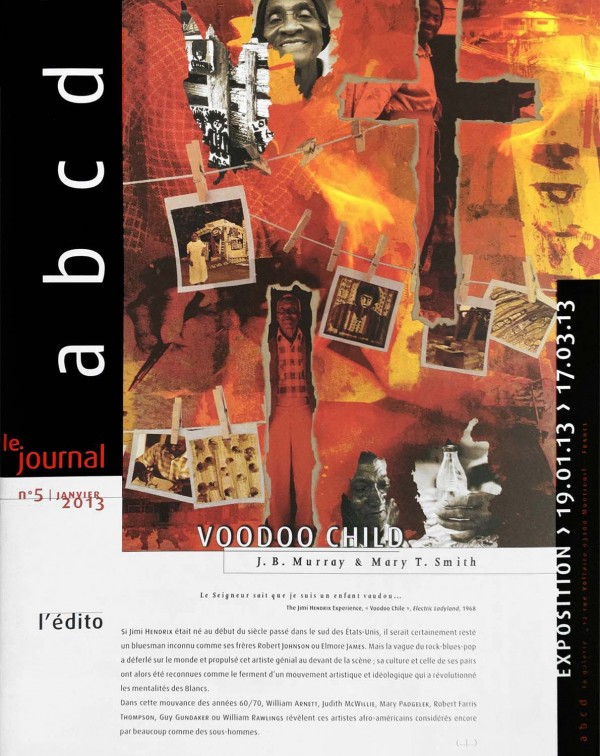 If Jimi Hendrix was born at the beginning of the past century in the South, he would have certainly remained unknown bluesman. But the wave of rock-blues-pop has swept the world and propelled this great artist at the forefront; his culture and that of his peers have since then been recognized as the ferment of artistic and ideological movement that revolutionized the minds of whites. In this movement of the 1960s and 70s, William Arnett, Judith McWillie, Mary Padgelek, Robert Farris Thompson, Guy Gundaker and William Rawlings have revealed these African American artists still regarded by many as second class citizens.

Voodoo Child is an ode to the artists who, like John Bunyon (J. B.) Murray and Mary Tillman Smith, find their inspiration in their mixed heritage, both cultural and religious. From the scarce material means characterizing their existence, from the violence, racism and surrounding segregation, yet nourished from the deep attachment to their culture, these two artists have invented an original language which has become the catalyst of a new identity.