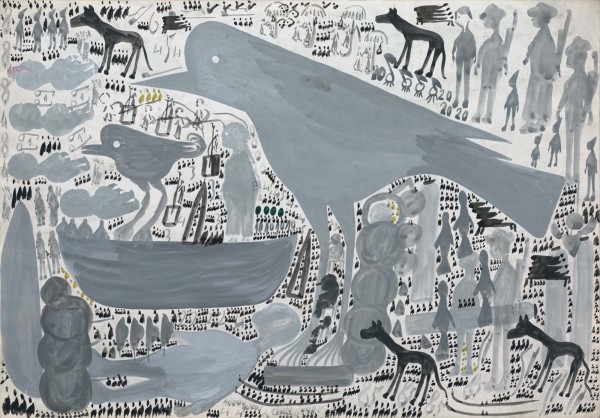 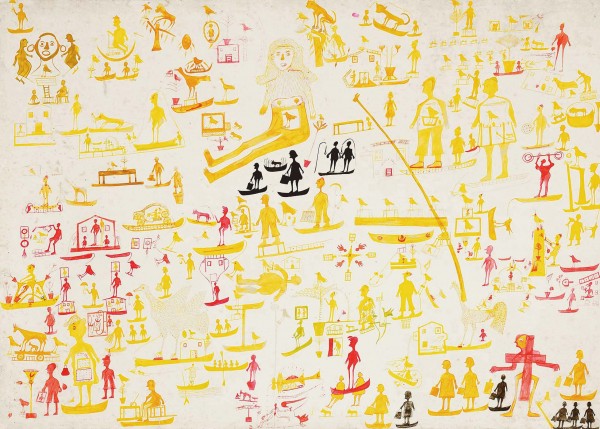 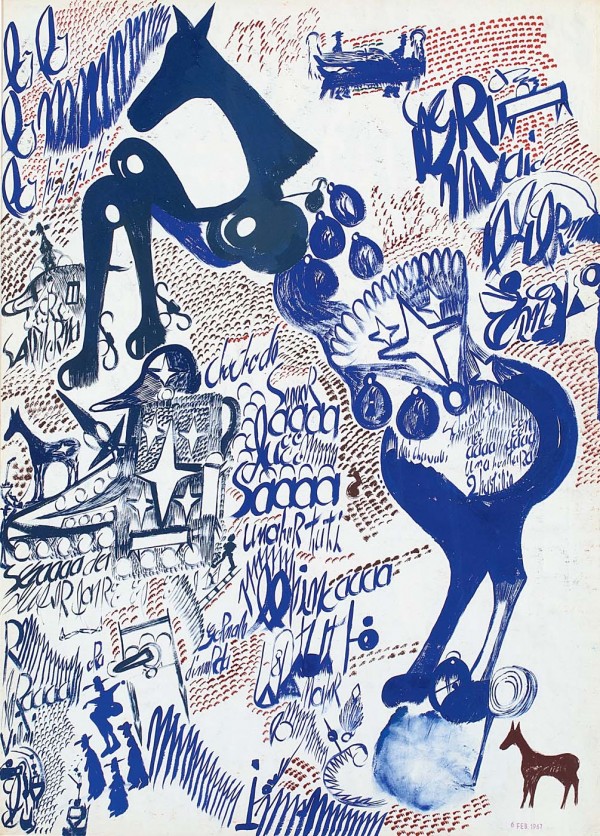 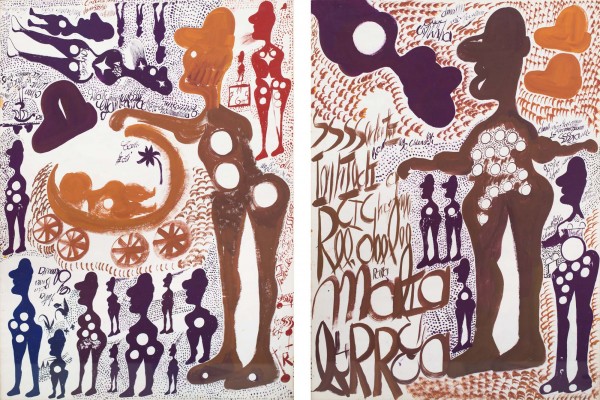 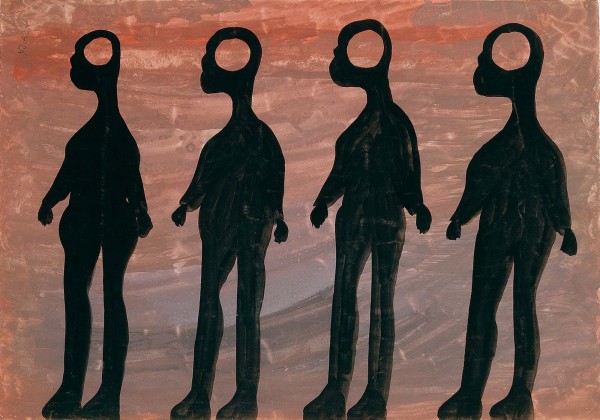 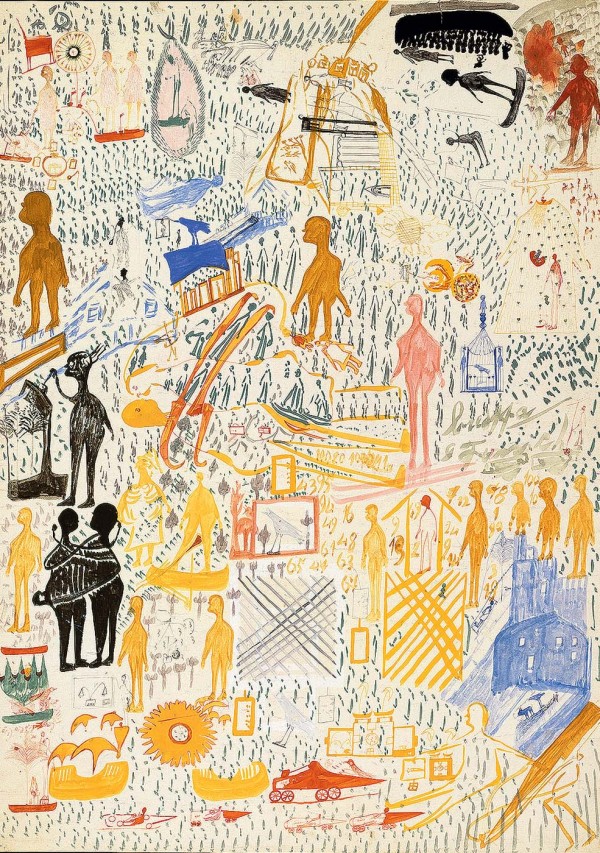 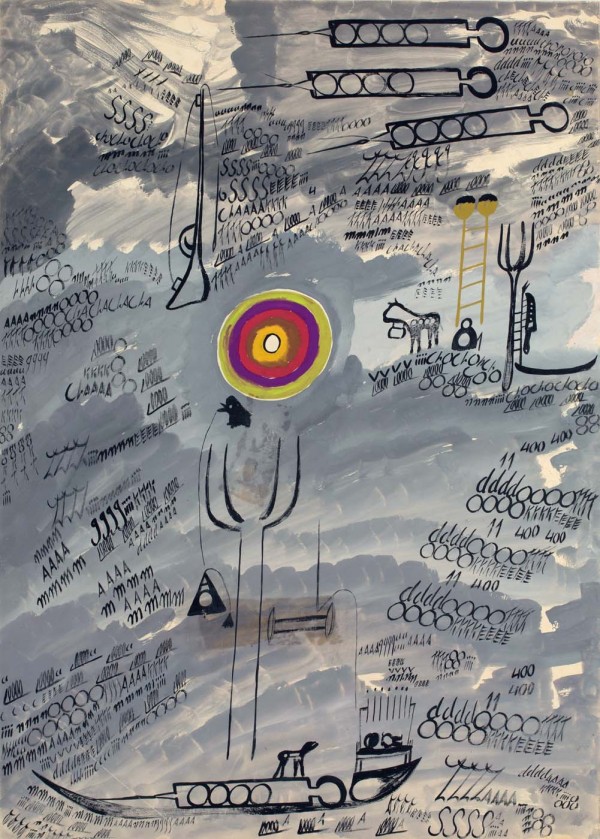 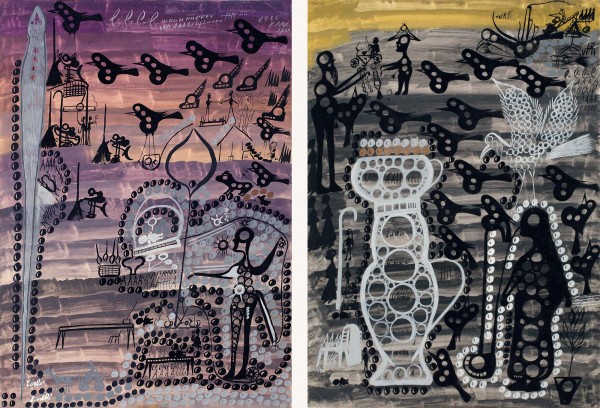 Sixth child of a carpenter, Carlo Zinelli lost his mother when he was only two years. He was then sent by his father as a farm boy away from his family. At eighteen, he became a butcher’s apprentice and developed a passion for music and drawing. Enlisted in the army, he cannot stand the shock of the war. Suffering from delusions of persecution and hallucinations, he was committed in 1947 to the psychiatric hospital of San Giacomo near Verona. This is where, ten years later, the Scottish sculptor Michael Noble and Professor Mario Marini initiated an art studio. The life of Carlo Zinelli was since then linked to that place, in which, for fourteen years, he produced nearly three thousand drawings, incorporating in some of them written elements from 1964. His work, like his life, was organized around the number four: he turned the key in the lock four times, repeated the same word four times, and the body of his figures was regularly pierced with four holes.Unsettled by his transfer to the Marzana Hospital in 1971, he painted only exceptionally after this date.