1908 . in the proximity of olomouc . czech republic 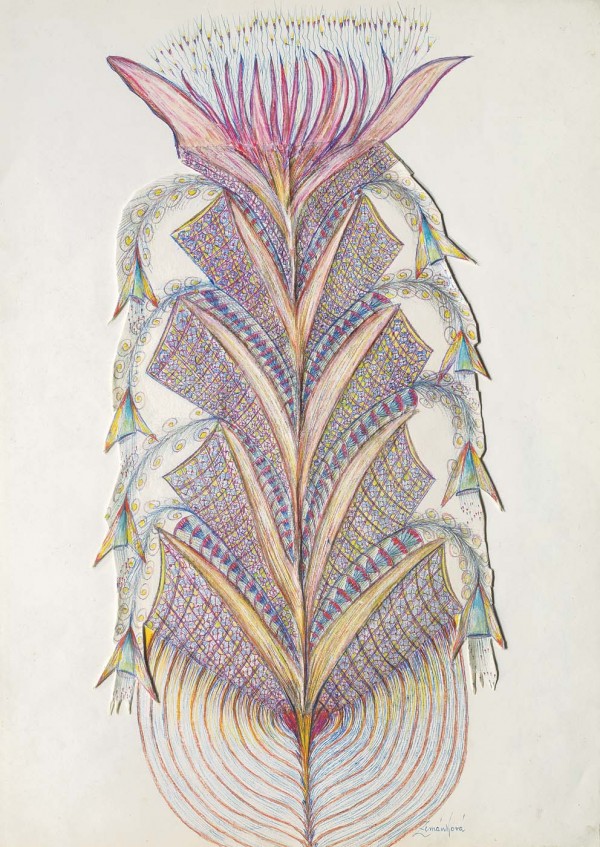 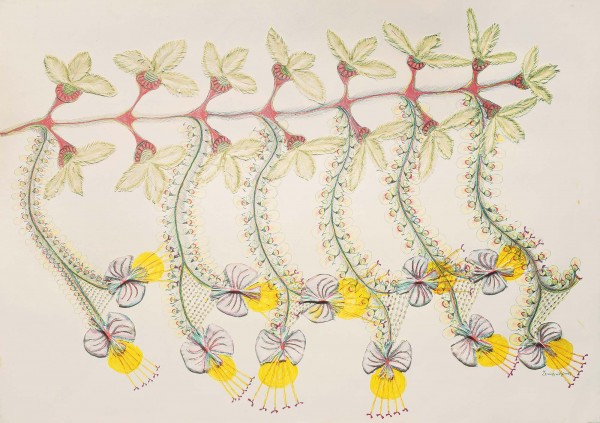 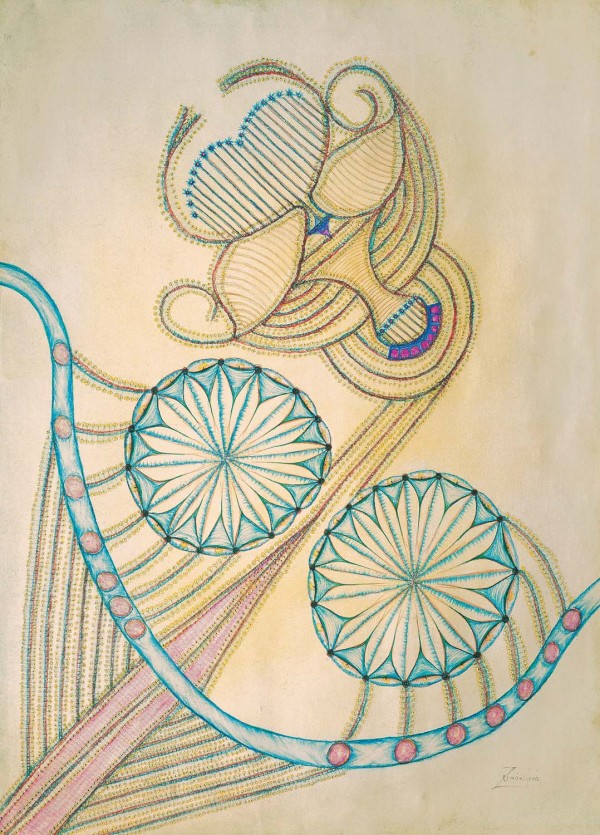 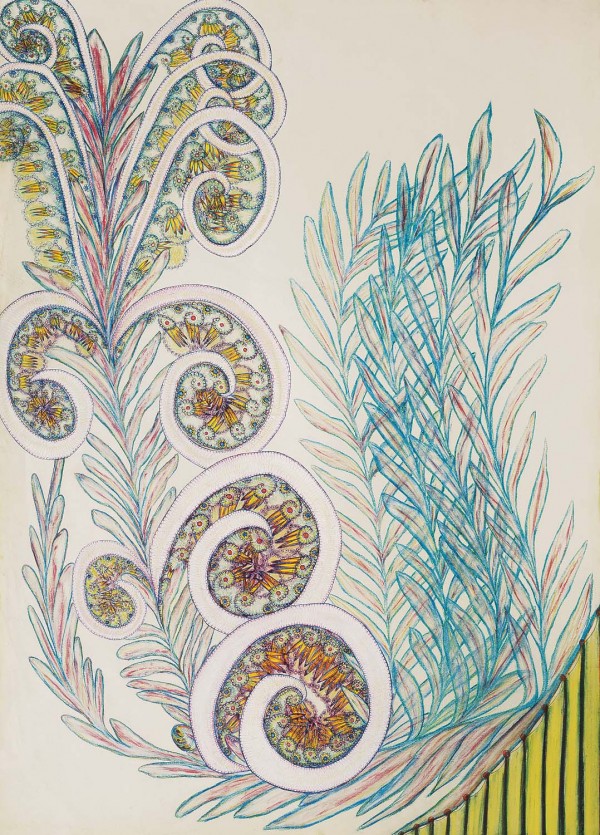 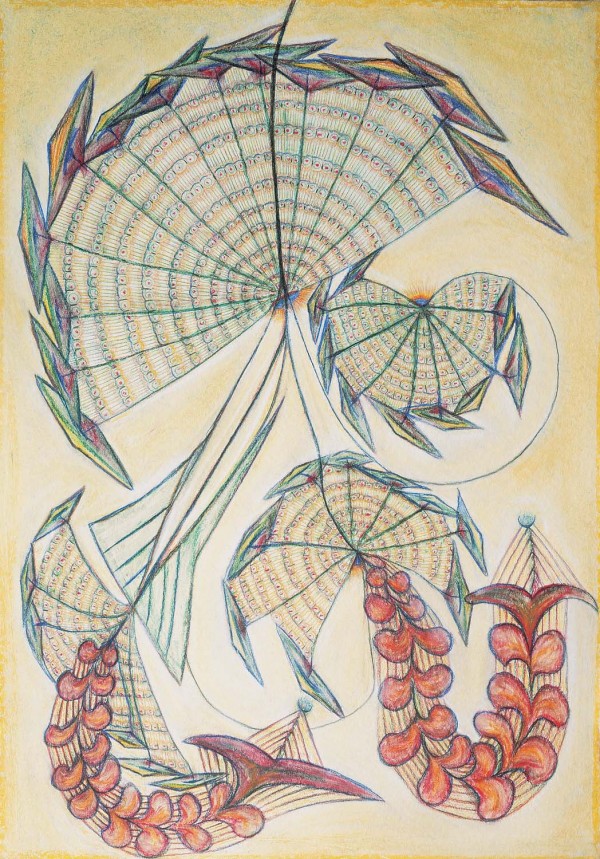 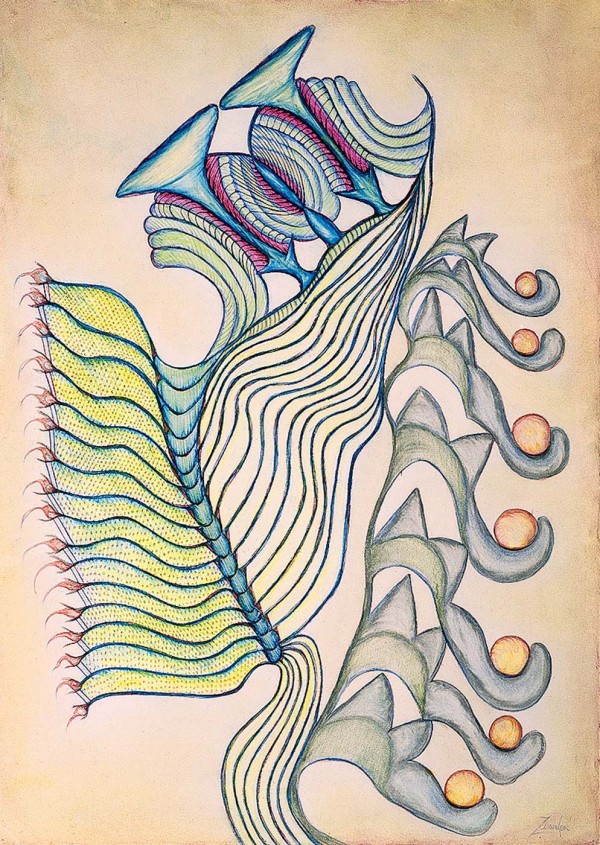 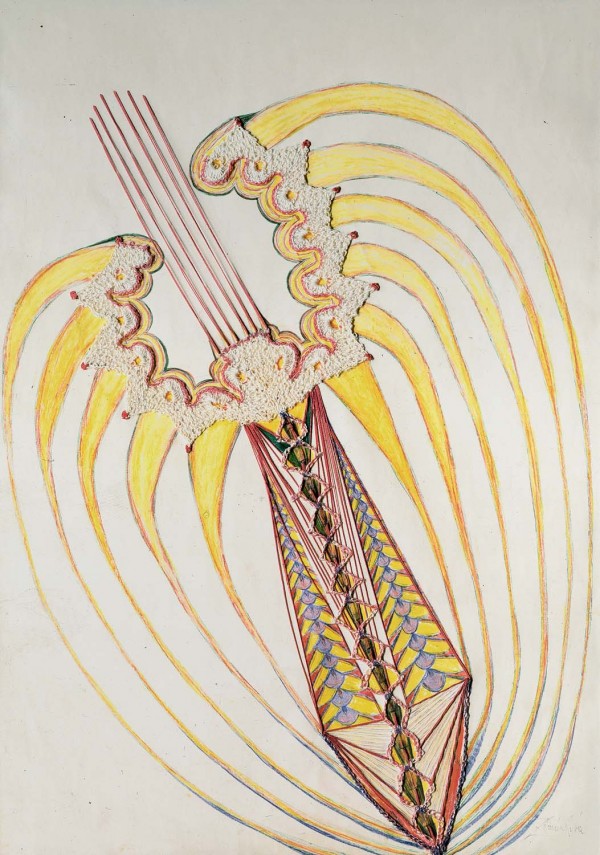 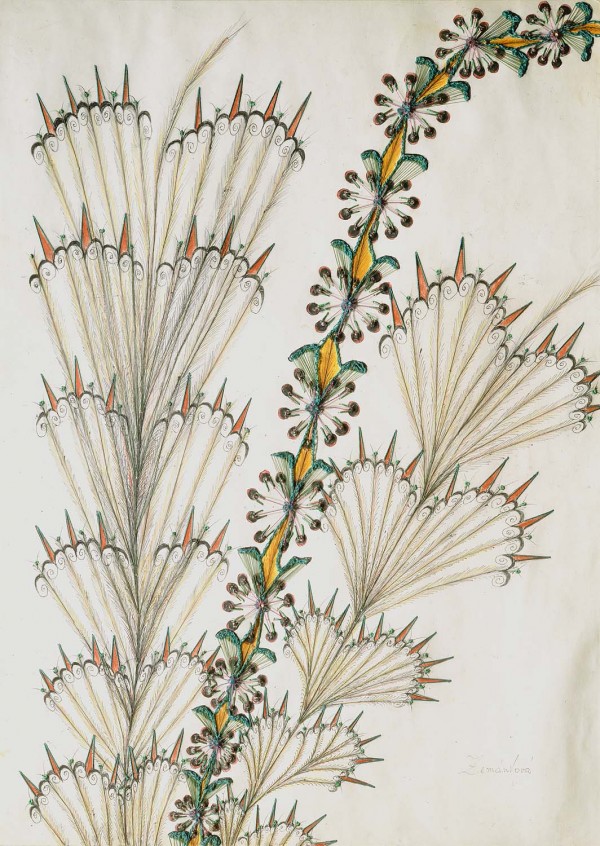 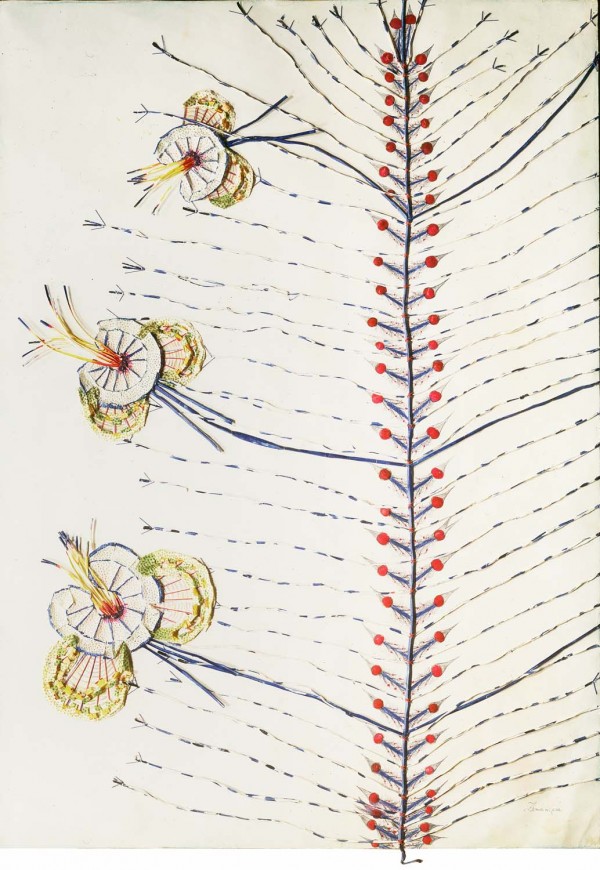 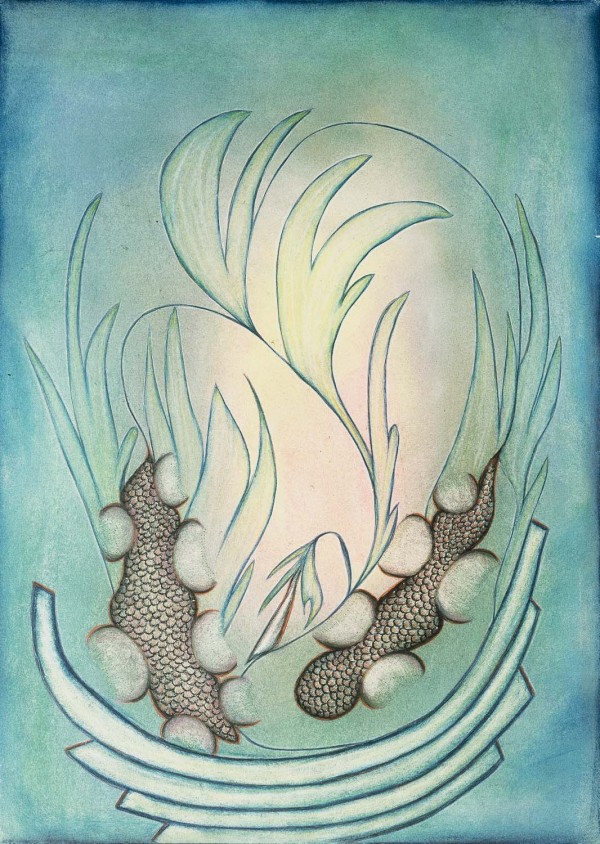 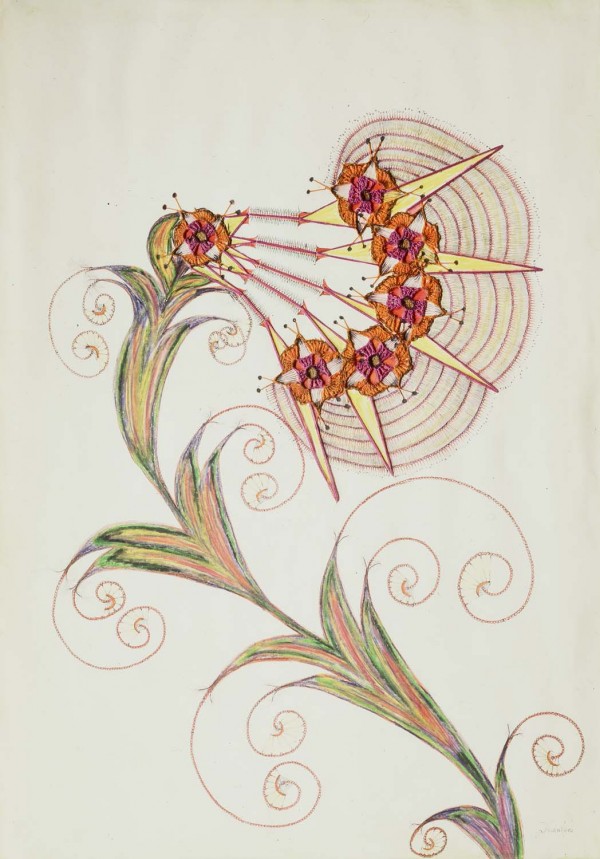 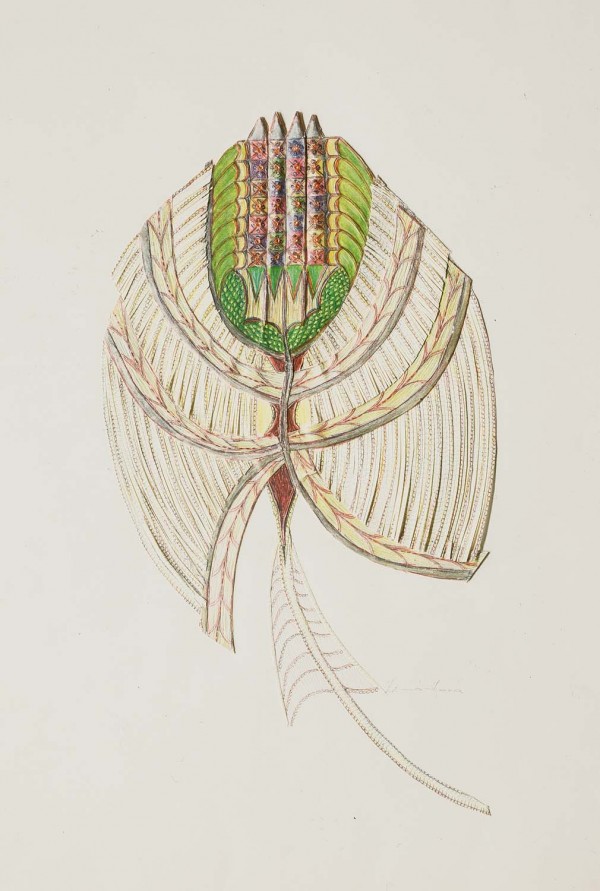 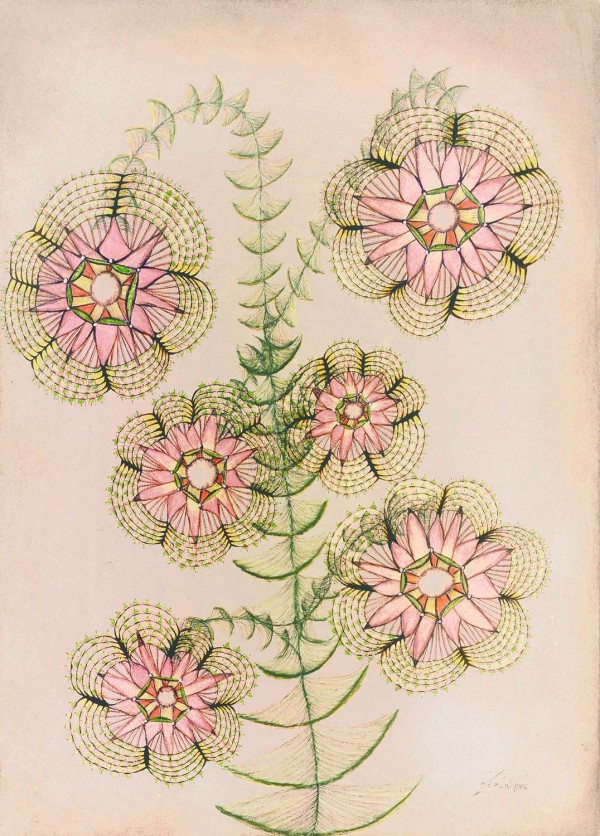 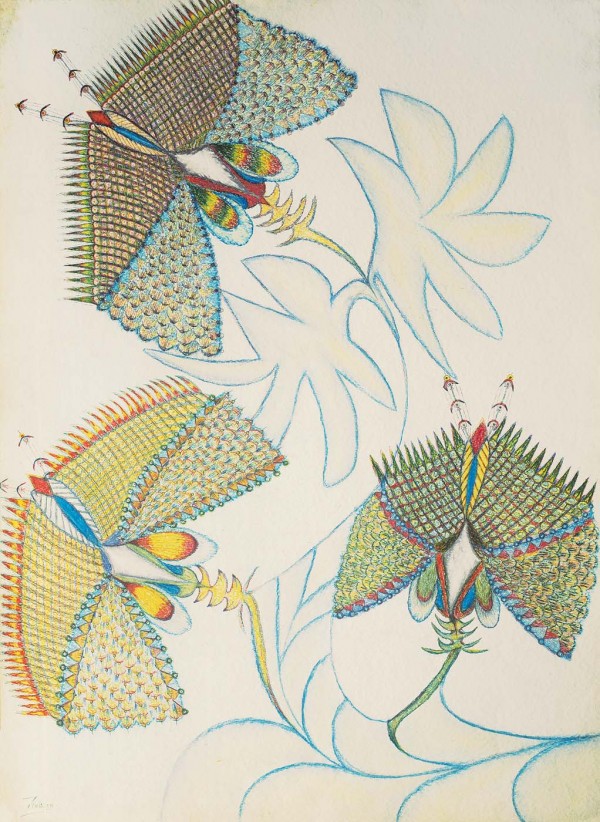 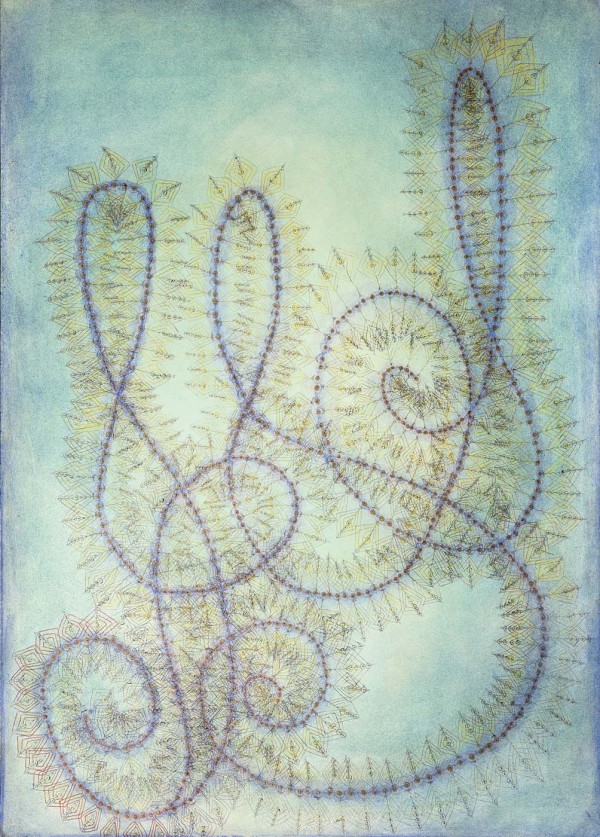 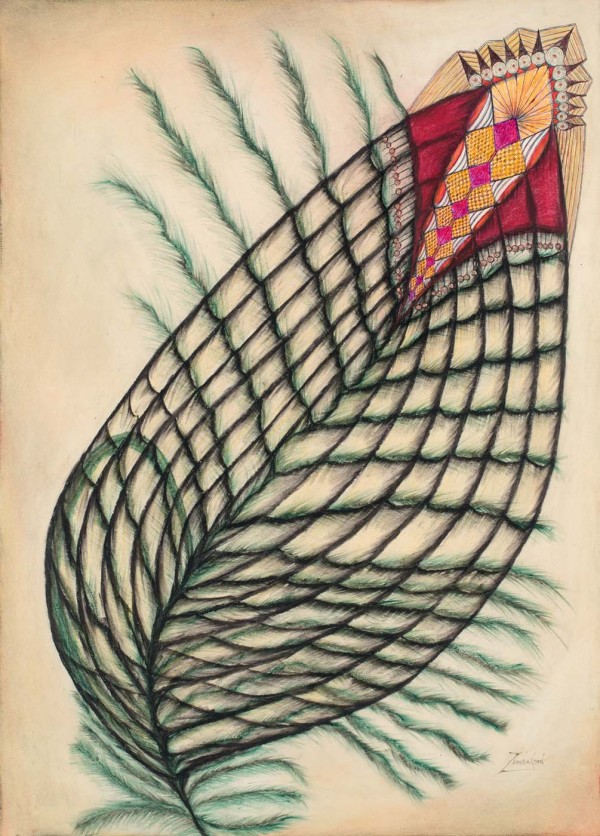 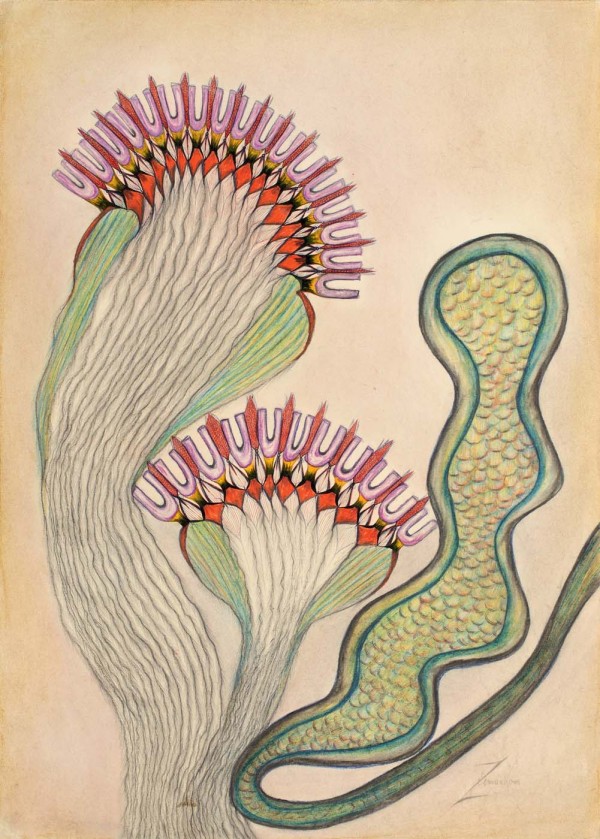 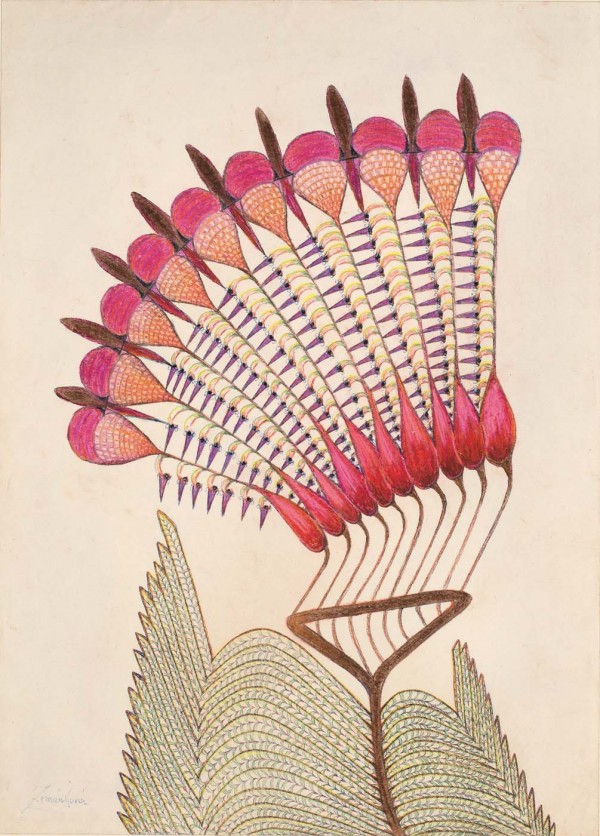 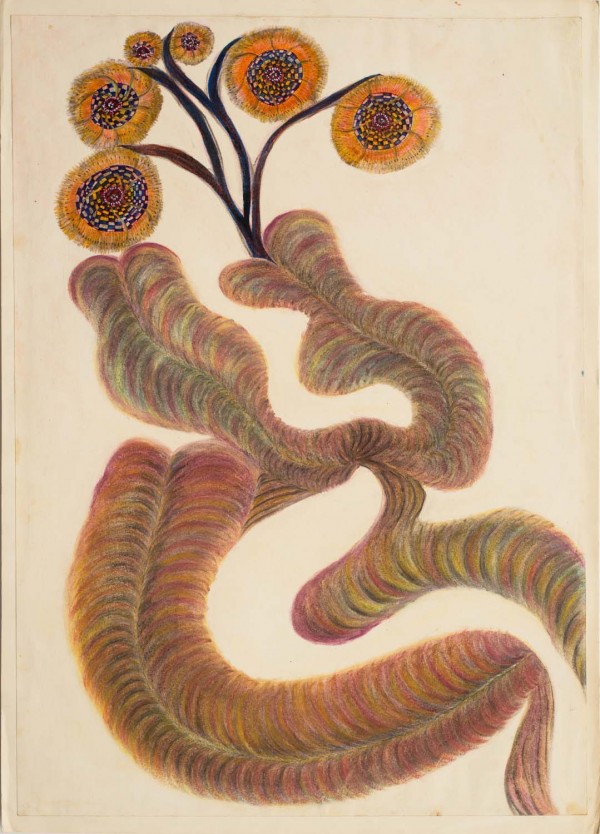 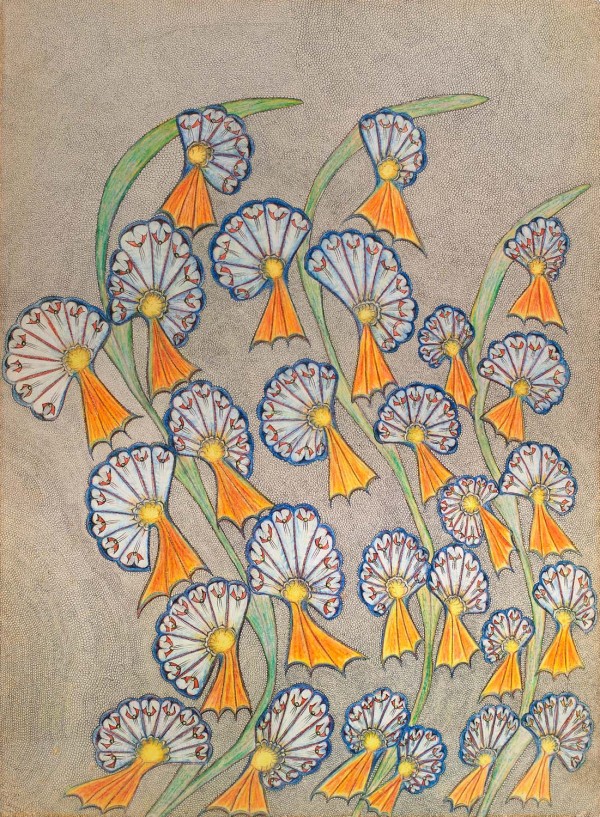 Anna Zemankova was raised in a family dominated by a controlling mother. In 1933, she married an officer, with whom she had three children, and gave up her dental assistant job to devote herself to them. Her first son died in 1939. After the war, the family moved to Prague. In the 1950s, Anna Zemankova suffered from long periods of depression and, diabetic, she had to have one leg amputated, then the other one. At the age of fifty, she began to paint, draw and glue representations of heterogeneous organic shapes (animals, plants, minerals), clusters of hybrid fruits, recomposed bodies. According to an unchanging ritual, she drew every from 4.00 a.m. until 7.00 a.m., in a state of trance, then took up the drawing again in the afternoon to add details.