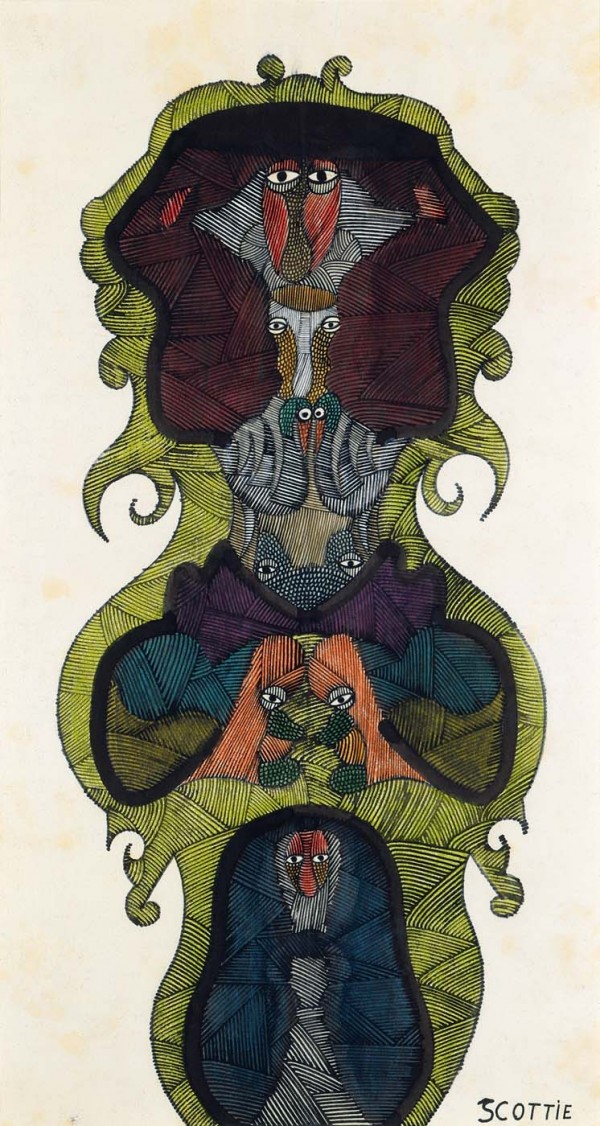 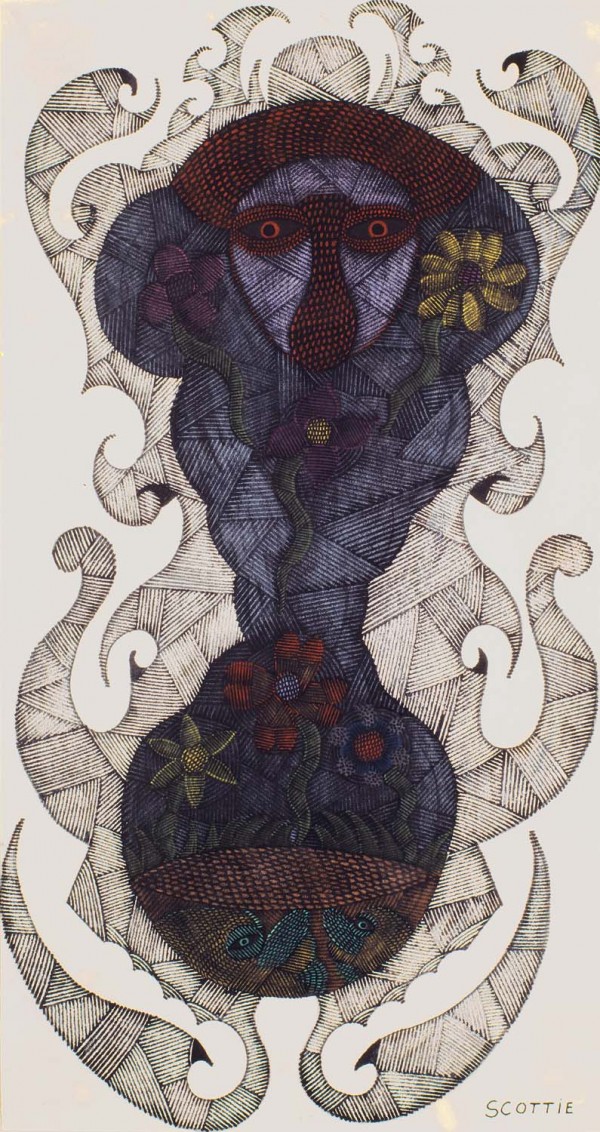 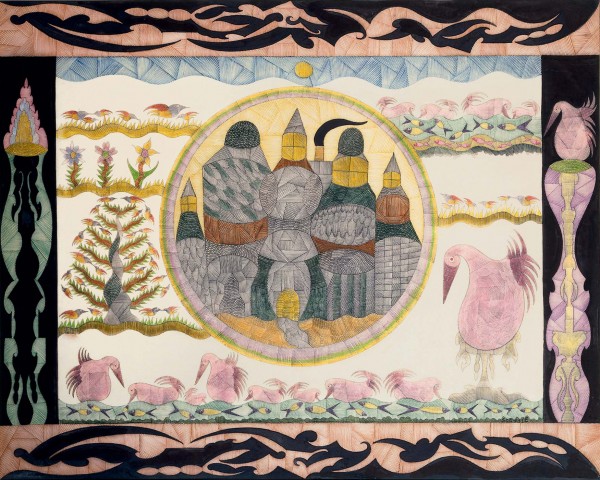 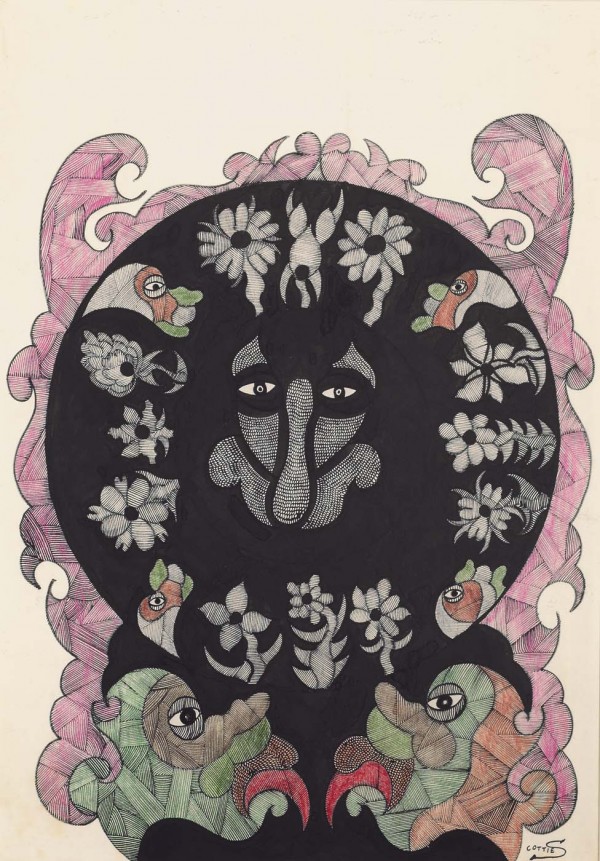 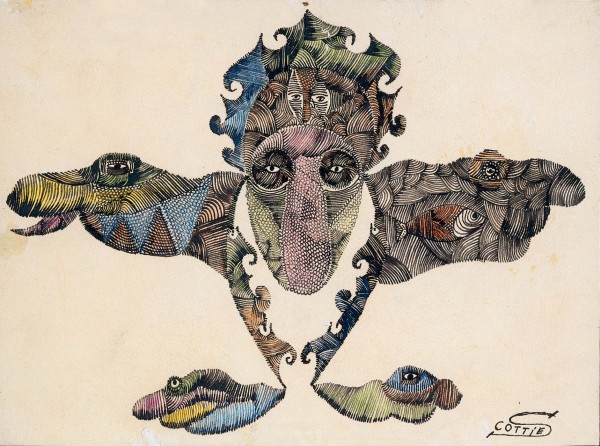 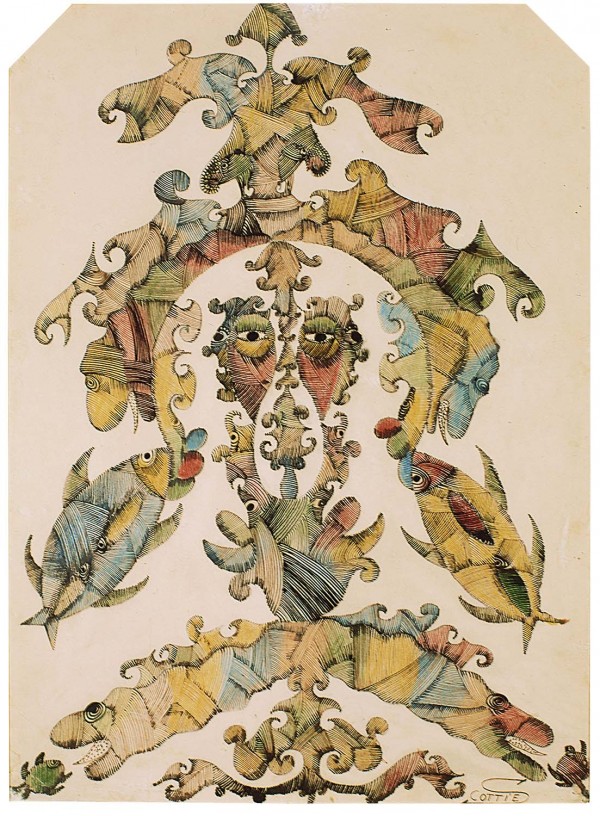 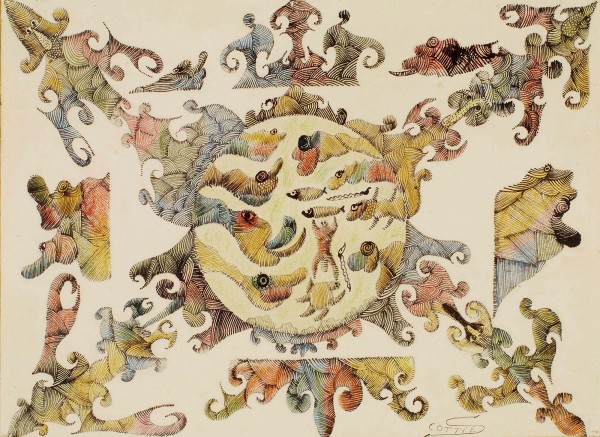 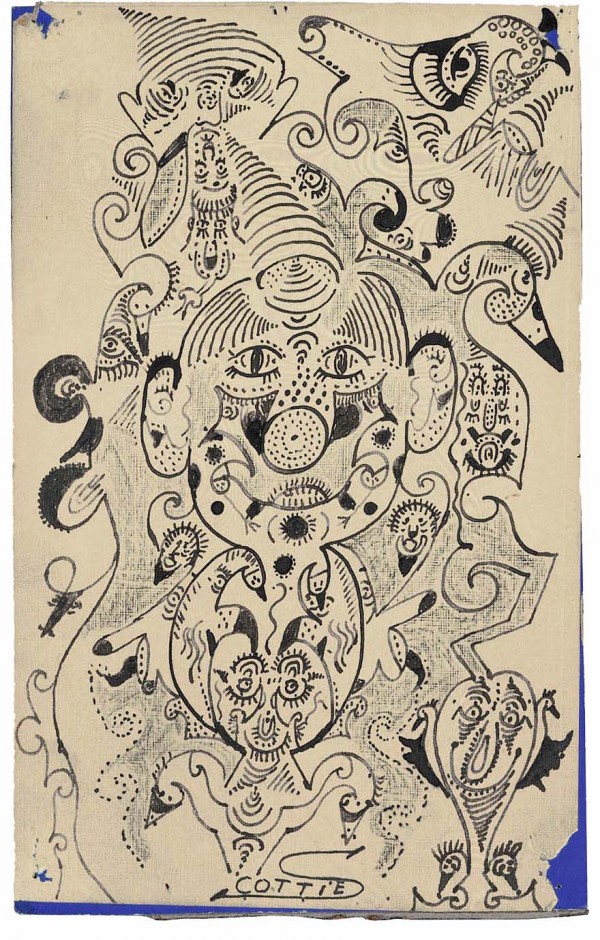 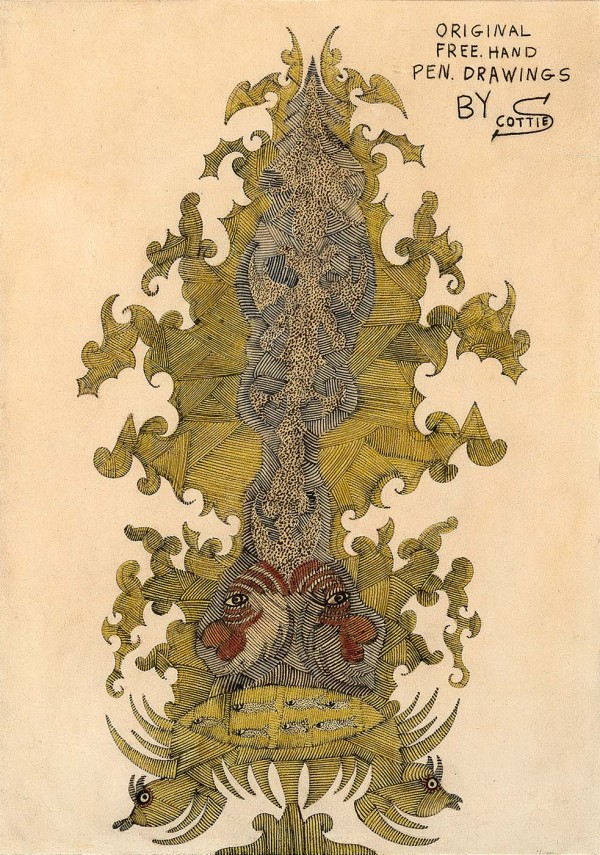 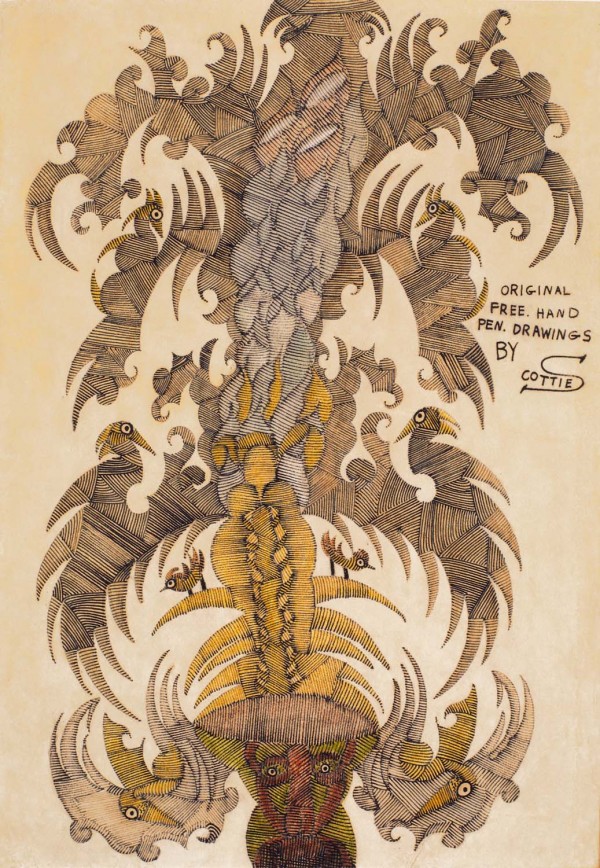 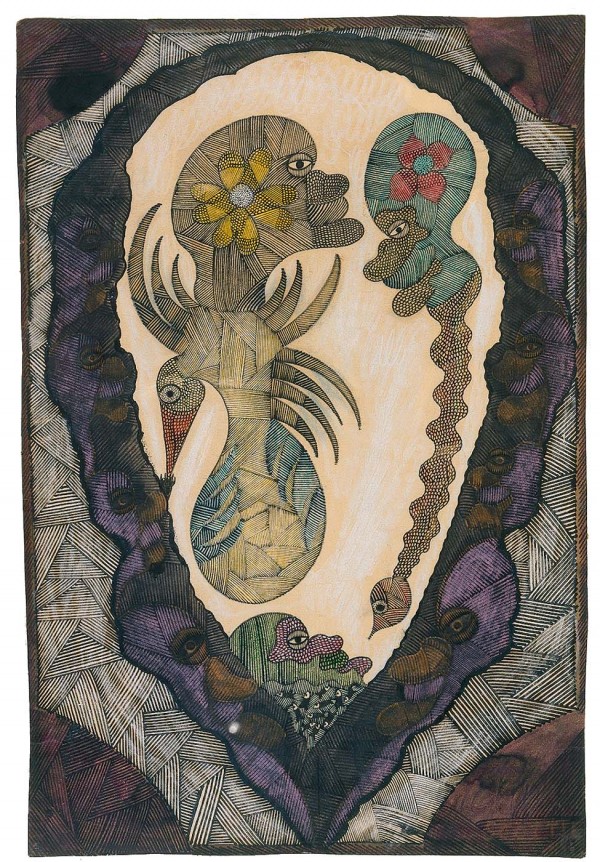 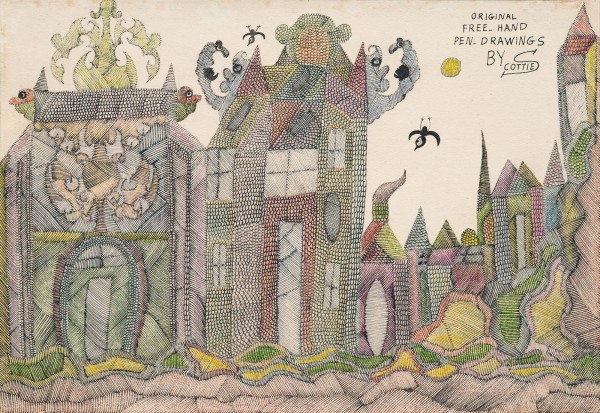 Born to parents of Lithuanian origin who emigrated to Glasgow, Scottie Wilson would never know the school benches. Newsboy at the age of ten, he enlisted in the army in 1906, serving in India and South Africa. Back in England, he worked at fairs and markets in London. Sent as a soldier to Ireland in the late 1920s, he deserted and fled to Canada where he became a merchant in Toronto. At the age of forty, he was tempted by the drawing: he spent hours with a pen in his hand in the back of his shop, listening to Mendelssohn. His favorite subjects are figures with big nose, but also fish, birds, trees and buildings. When he returned to England after the war, Scottie Wilson gave away his drawings or sold them at low prices at fairs and on the streets, organizing small exhibitions in cinemas or deserted caravans. In the last period of his work, he staged a combat between the Good  and the Evil in the form of a series of totems on a black background, calling them “Greedies” and “Evils.”