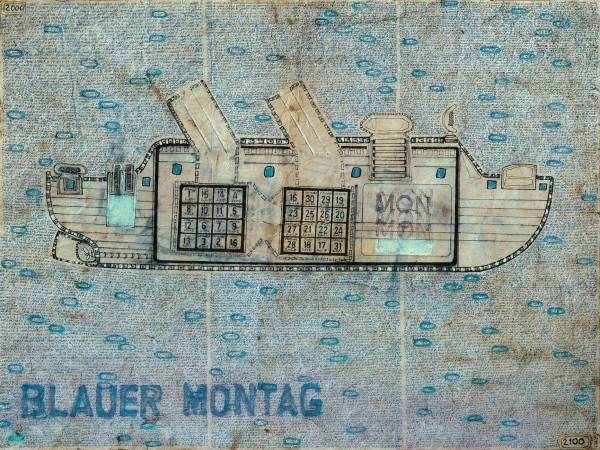 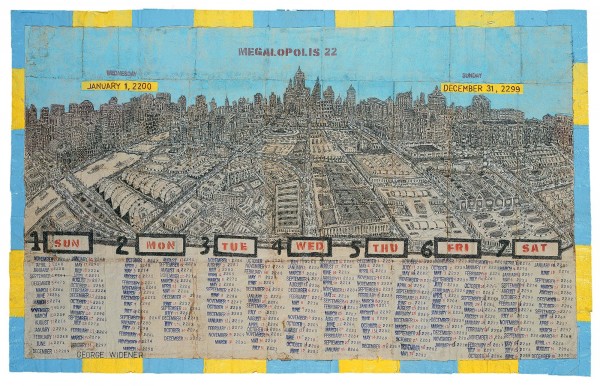 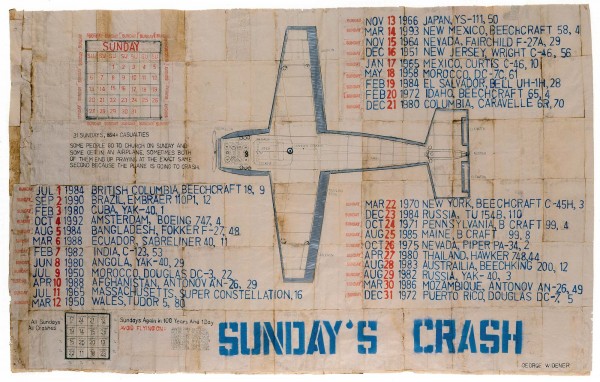 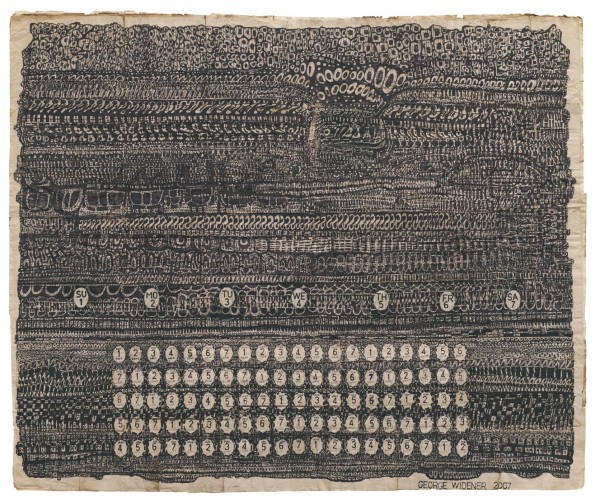 When Widener was 9, his father died and his mother, a violent alcoholic, ended up in an institution. As a result, he was first raised by his grand-mother and then by an aunt. At age 17, he joined the intelligence service of the U.S. Air Force. He spent his free time drawing. Because of his chronic depression, he spends a lot of time in a psychiatric clinic. He also suffers from a light form of autism and Asperger’s syndrome, which is expressed in his exceptional mathematical abilities and an outstanding memory. He makes art every day, compiling complicated lists, calendars, graphs, maps, codes and symbols that he writes in ink on tea-stained paper napkins that he pastes together into large surfaces. With his numerical equations, which he organizes into “magic squares,” he strives to keep the world together. In his art, aviation and maritime disasters become a part of important events in his personal life.