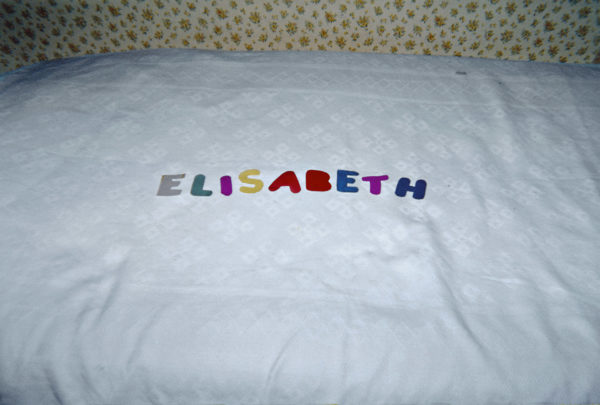 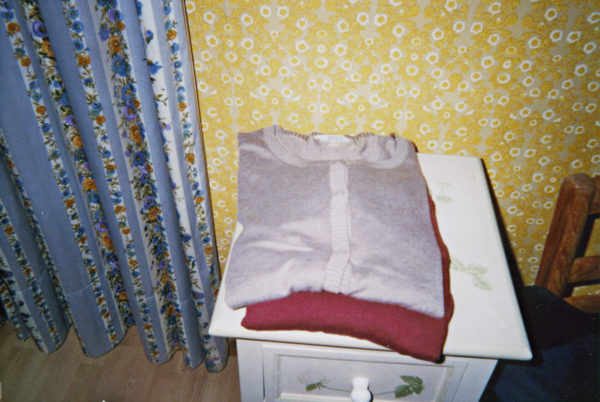 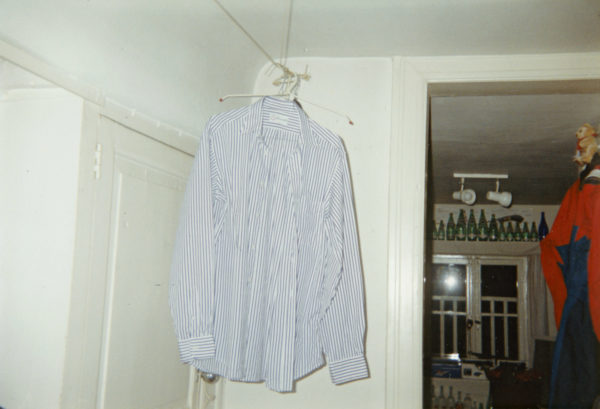 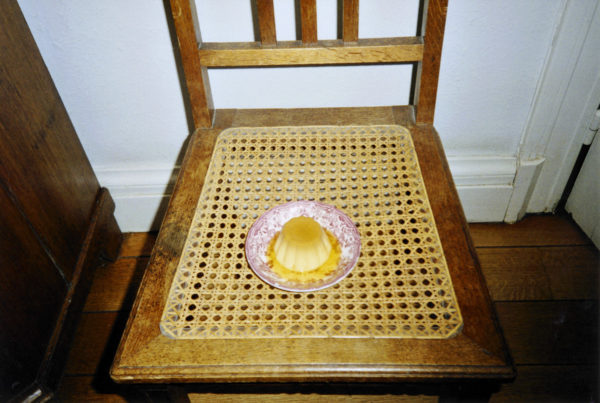 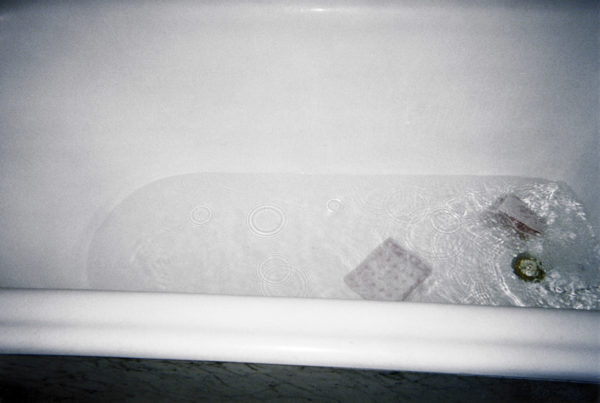 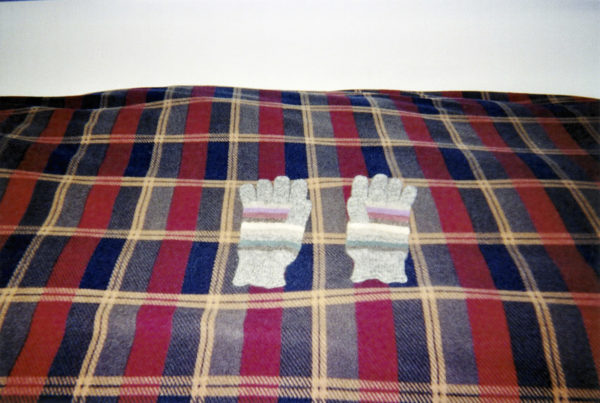 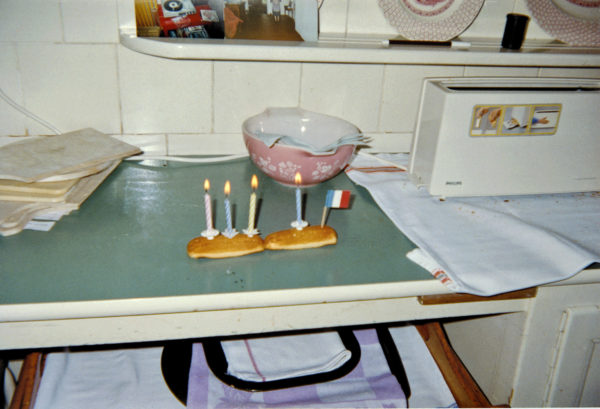 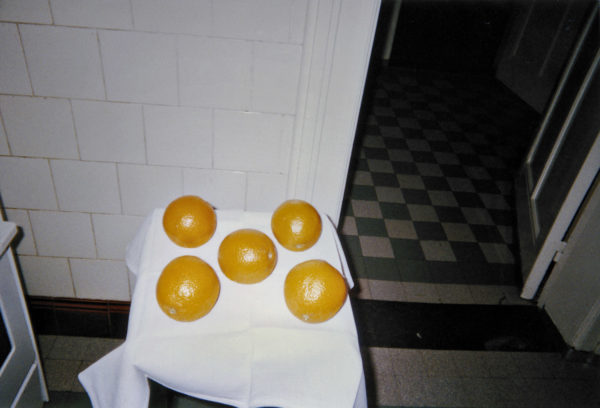 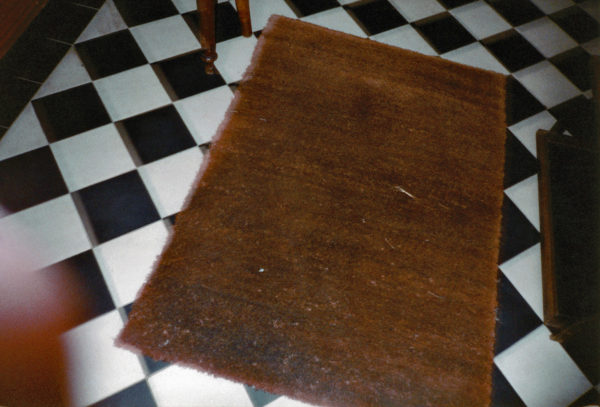 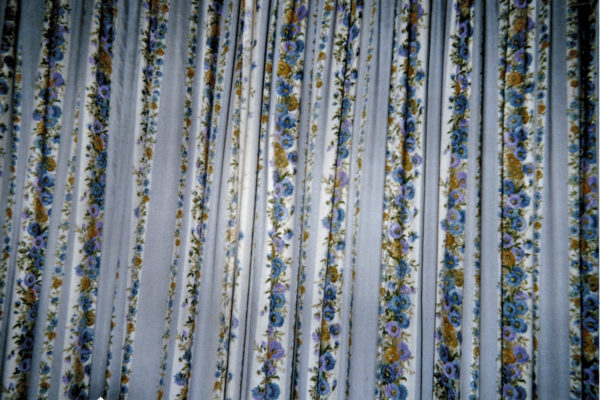 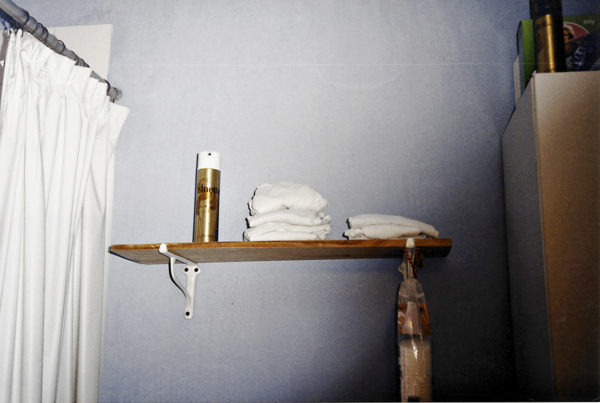 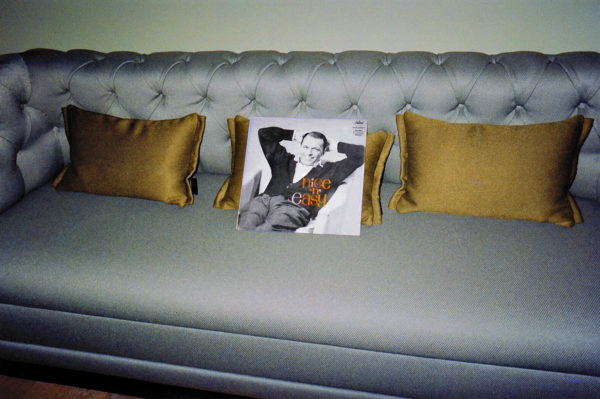 As a child, Elisabeth Van Vyve suffered from numerous developmental problems, autism, and hearing problems that affected her speech. One might say that she “lived in her bubble.” Thanks to the devotion of her mother and the rest of her family, she nevertheless learned to communicate through gestures, some sounds, and a handful of words. It was through drawing and writing that she was first able to connect with her environment. Later, she discovered photography, which became a real passion. She uses mainly disposable cameras. She has never been interested in digital images, preferring concrete photographs that one can hold, classify, and preserve. Once her photographs are developed, she organizes them in small plastic albums. Often, she keeps the most recent ones in her purse for a few days or on her night table. Over a thirty-year period, Van Vyve has documented the world around her methodically and almost exhaustively. For her, everything is a subject to photograph: clothing, food, furniture, buildings, objects, and more. The resulting corpus is considerable; the thousands of images that she has taken are carefully filed in small albums, archived on all the shelves available in her apartment and, now, in her retirement home. Van Vyve takes photographs of her family—especially children—her friends, animals, birthday parties, and vacation destinations. She loves the sky and clouds, and television screens with the picture on. One is struck by the arrangement of the objects in each of her images. Pencils are set out in gradated colors, a plate is presented perched vertically on a chair, and lemons are arranged around an orange in a perfect circle. She, in fact, likes circles, whether it is a ceiling light, a round fruit, a bowl of pudding, or a table. Often, she photographs jigsaw puzzles (she likes doing them). She adores music (for a long time, she was a big fan of Frank Sinatra) and has a collection of albums. She often listens to a song while she photographs the corresponding record cover. Some of her photographs look like maps, structured by the almost abstract lines that run across them.