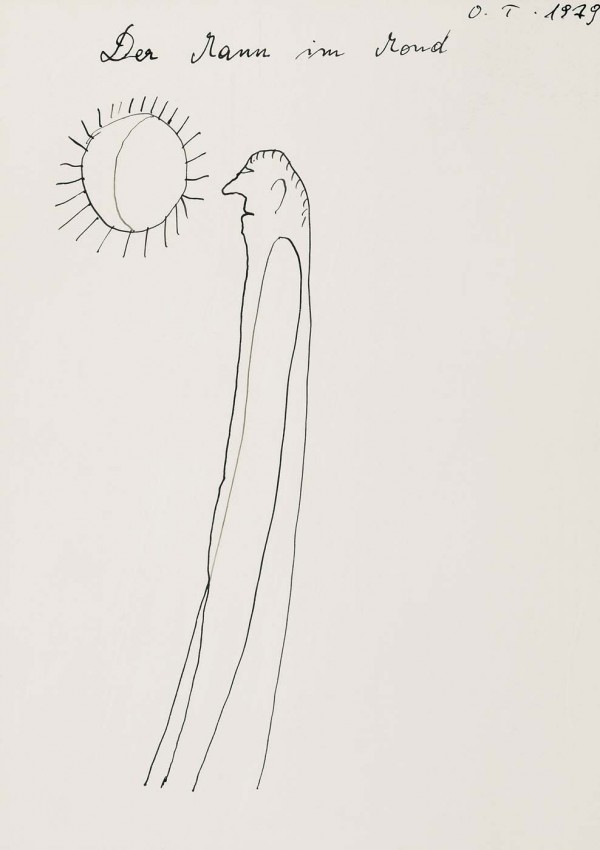 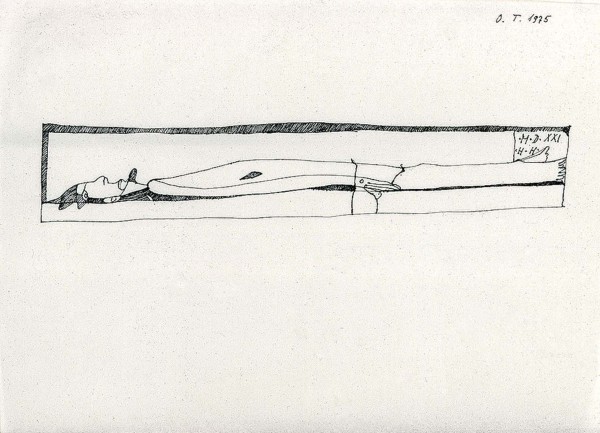 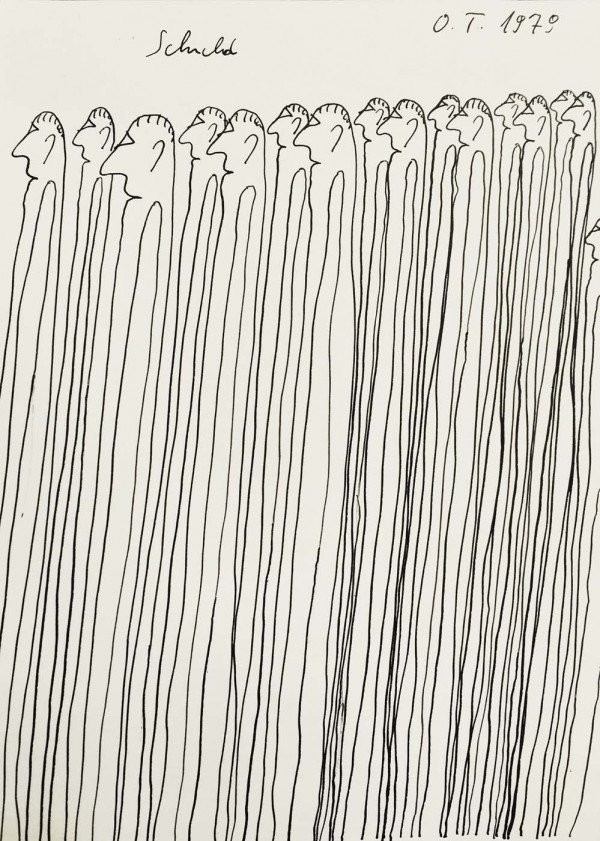 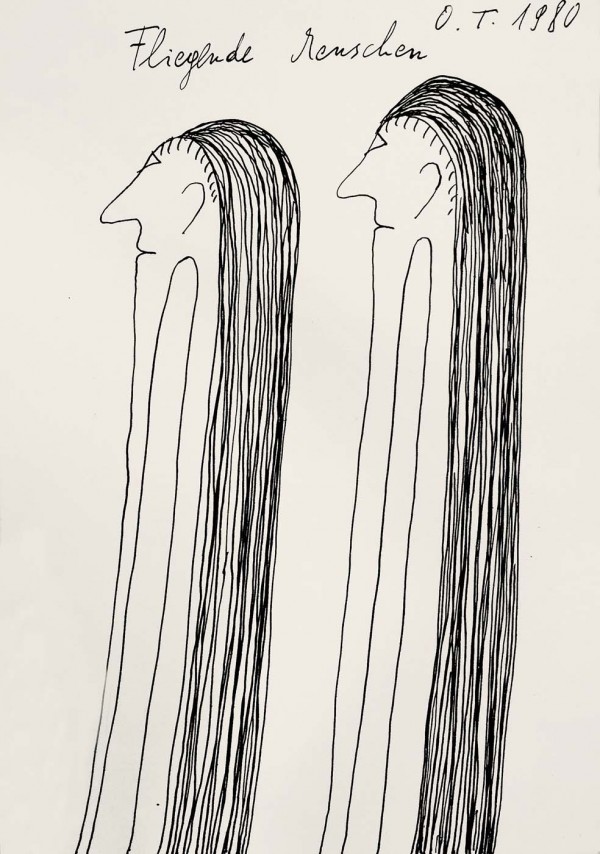 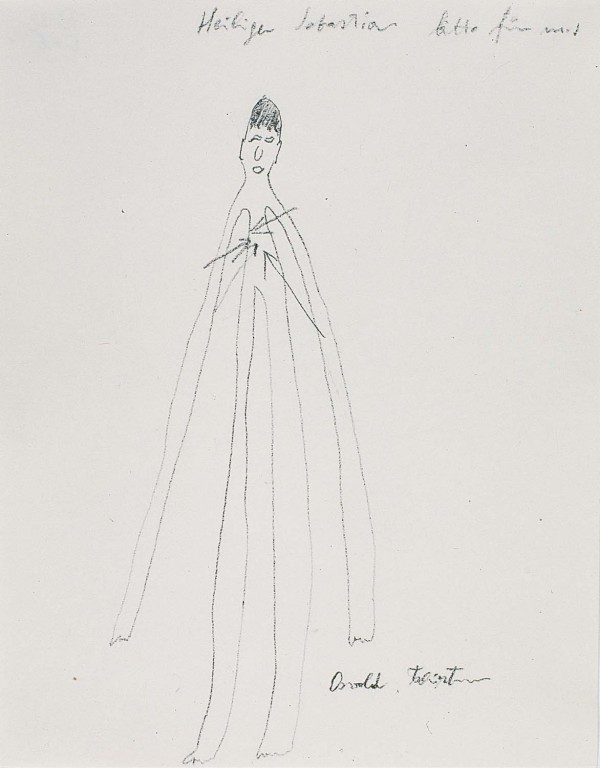 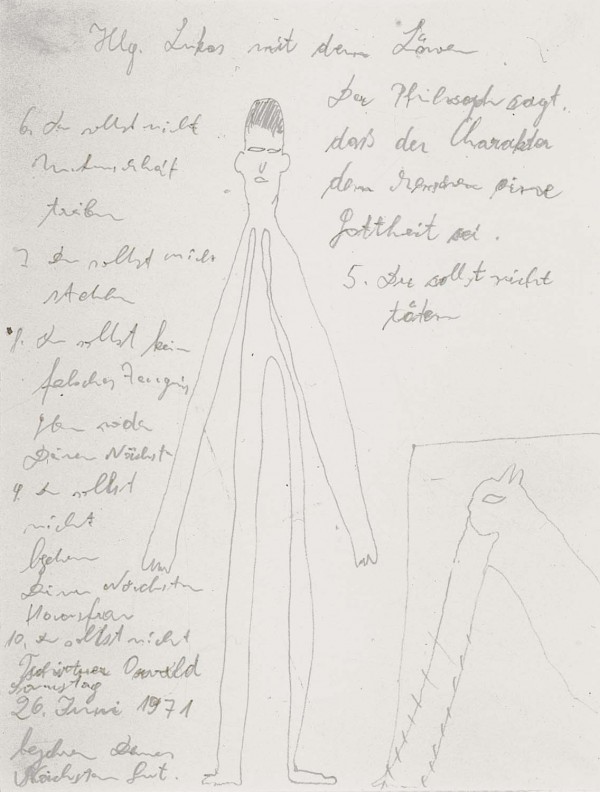 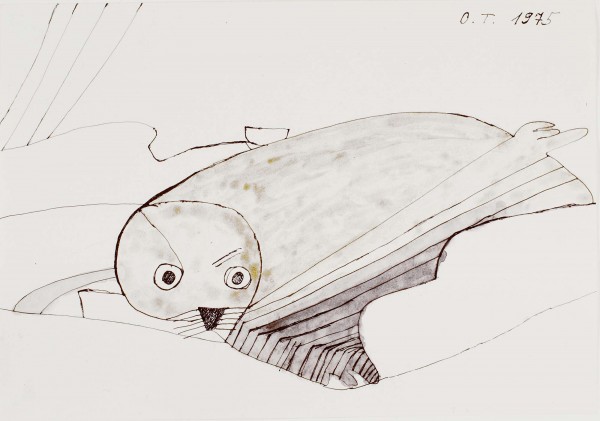 Studious child, Oswald Tschirtner grew up in a Catholic family, under the authority of a devout aunt and an uncle priest. At ten, he entered the seminary but the war put an end to his studies in 1939. Requisitioned in the German army, he participated in the campaign of Stalingrad, in which he was taken prisoner by the French. Upon returning he manifested first psychotic disorders. Committed from 1946 for schizophrenia, he was admitted to the House of Artists in Gugging in 1954.  Reserved and secretive, haunted by guilt and anxiety, Oswald Tschirtner drew only on injunction. The heads of the human figures he represents are quite elaborate but their bodies are reduced to a minimum — two long legs directly connected to the head. Nothing distinguishes women from men.