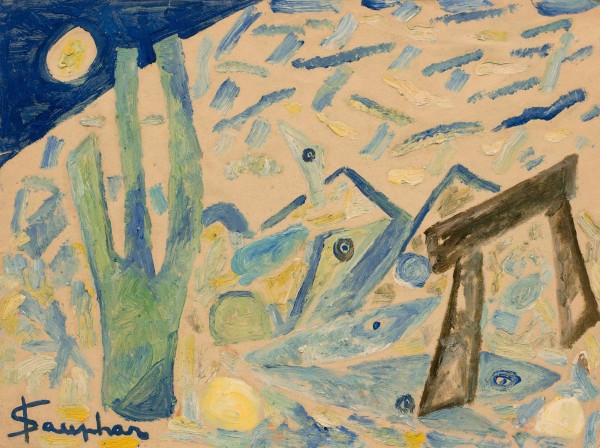 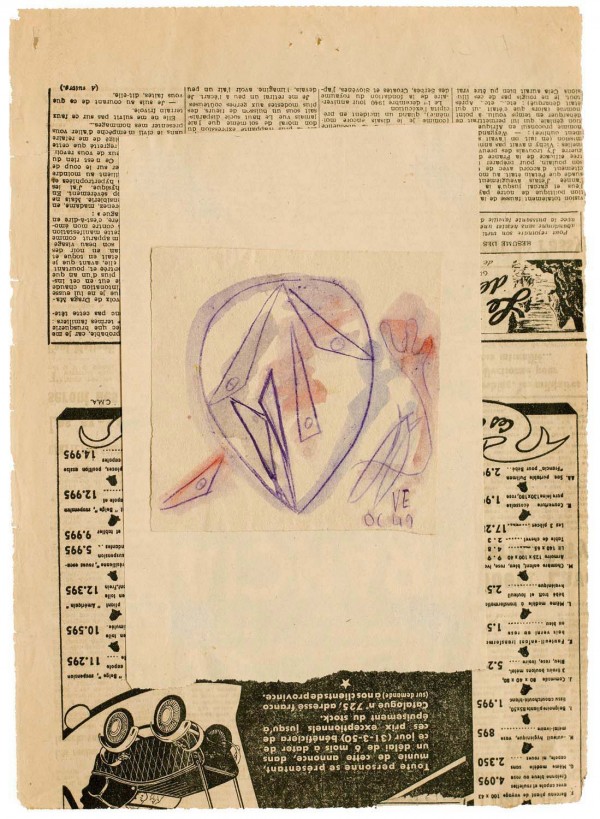 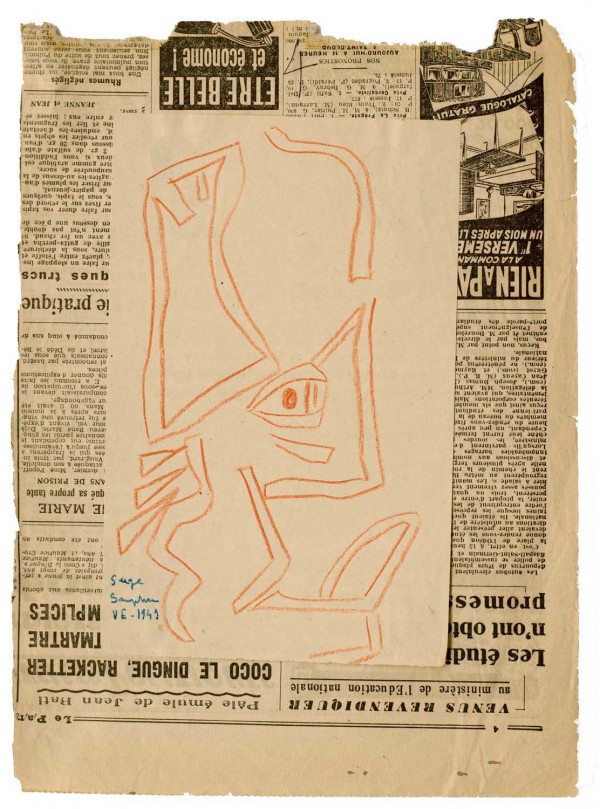 Born out of wedlock, he was recognized by his father yet he never really found his place in the family, losing the father soon after in 1929. Sauphar was raised by his mother, an artist. Teenager, he had tuberculosis and was sent to a sanatorium under the name of his mother; this may have saved him from deportation of which his half brother was the victim (his father had an “acceptable” marriage after the birth of Serge). In 1948, at twenty-six, he was committed to Ville-Evrard for an episode of confusion and disorientation. There he remained for six years in the service of Dr Dublineau then was transferred to the Esquirol Hospital in Saint-Maurice into the service of Pr Baruk, succeeded by Pr Lanteri-Laura. He died in 1987 after an uninterrupted hospitalization during which he was for all those who had encountered him “the painter.” He had managed to create his own studio where he worked tirelessly, receiving passing visitors to whom he always offered his works or art books, for he was convinced that art would be the world’s redemption : he was contributing to it in his own way, using his inheritance. These funds would have allowed him to live in a comfortable private clinic, yet he would not leave the hospital. His work can be seen as continuation of his father’s and grandfather’s activities, both great collectors, especially of Asian Art, and testifies to his uncommon erudition. He not only had literary and artistic culture but also great historical knowledge, which became intertwined with his personal history and his search for identity.