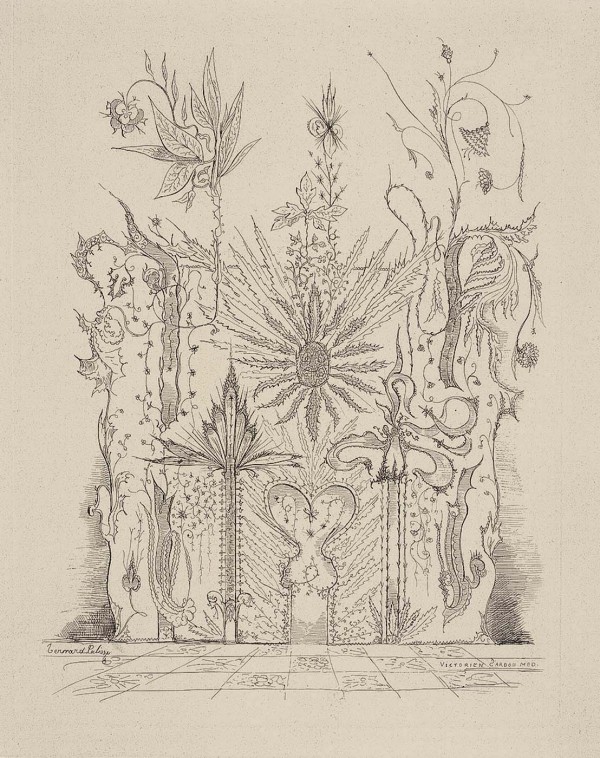 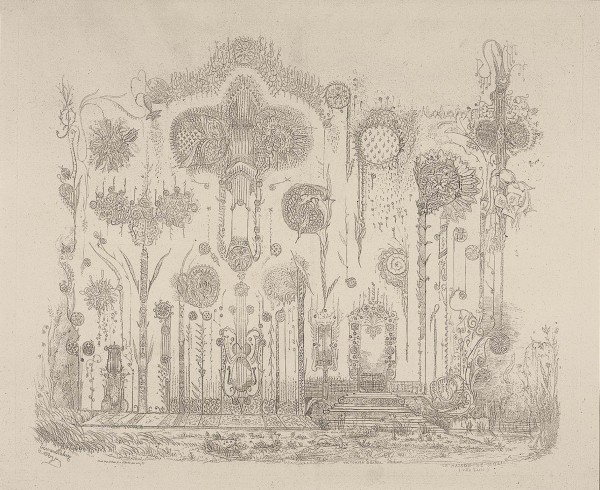 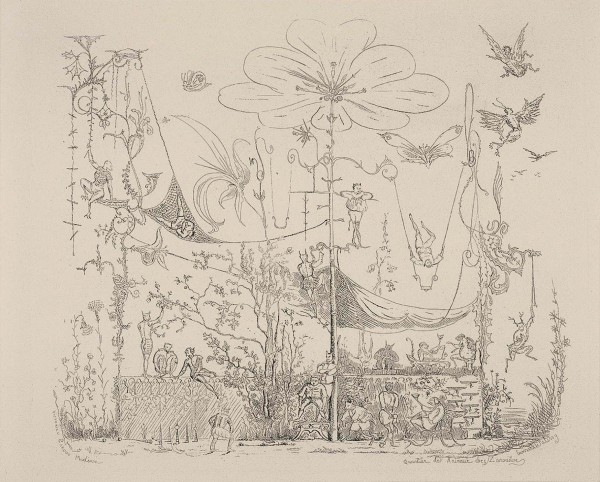 Famous playwright of the late nineteenth century, member of the French Academy, Victorien Sardou was also adept of spiritualism since 1854. He was thus connected to the spirits of Bernard Palissy and Mozart, and started to draw as a medium. During this period, he also produced a series of etchings that represent the homes of Palissy and Mozart in Julnius, an imaginary city on Jupiter. The writings of this fervent defender of spirit manifestations played an important role in the recognition of these phenomena.