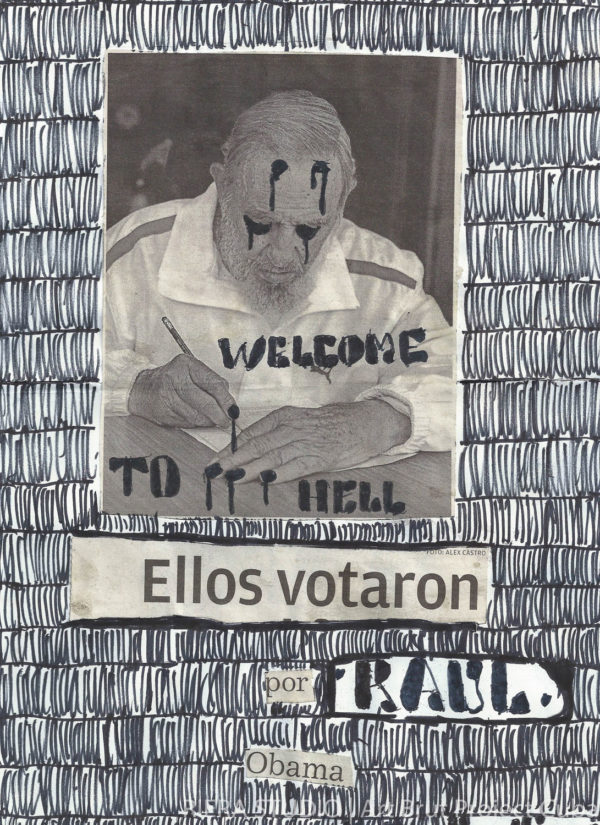 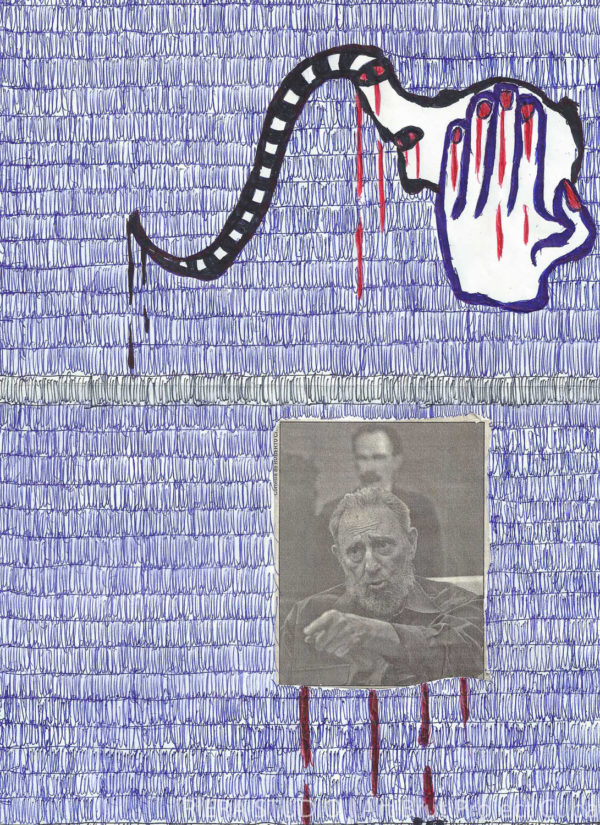 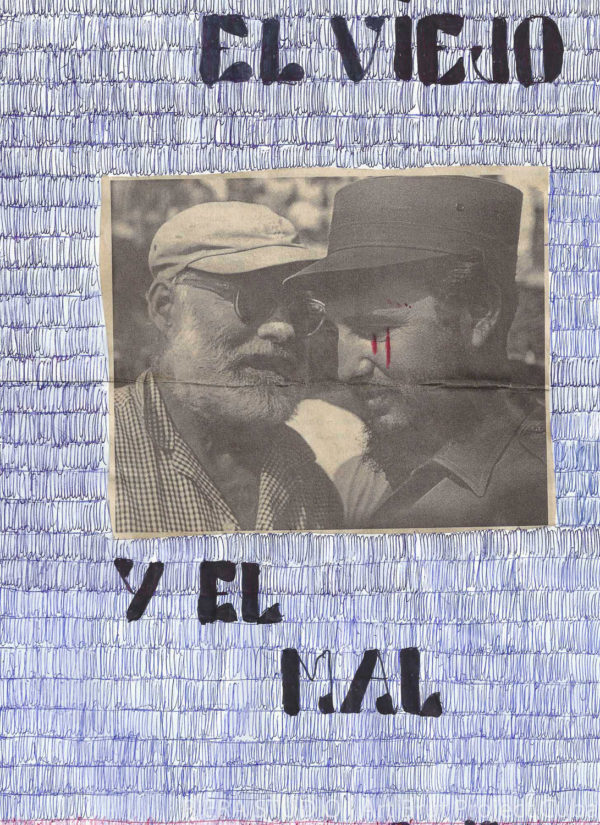 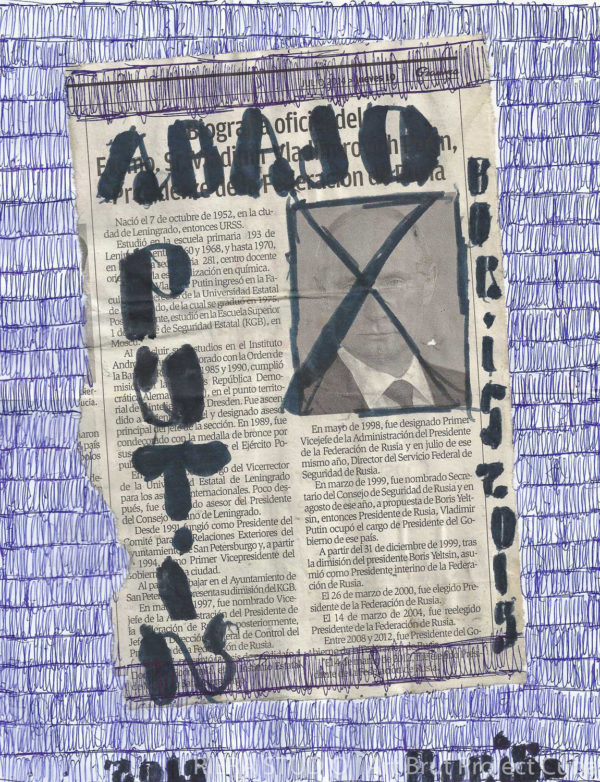 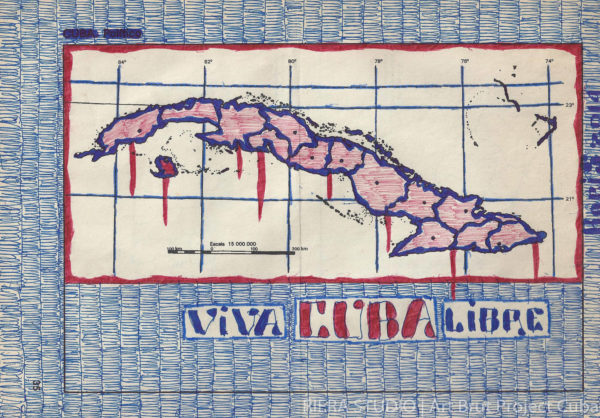 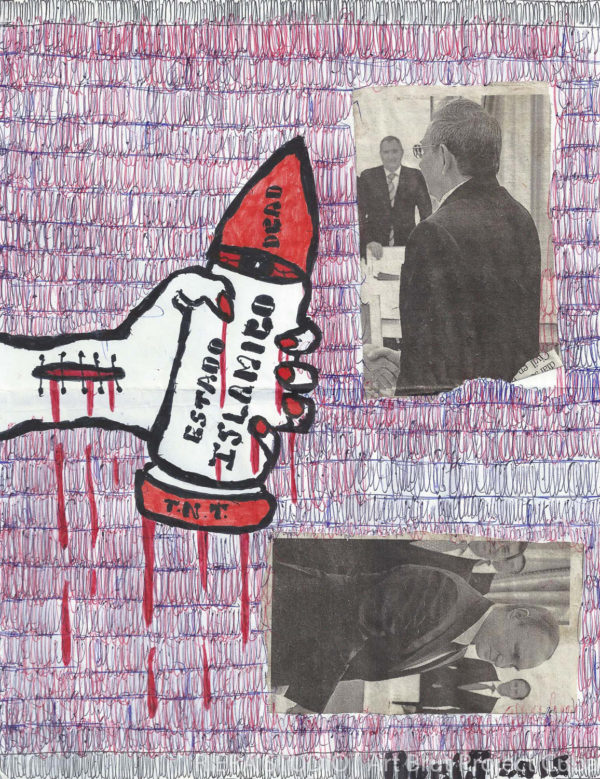 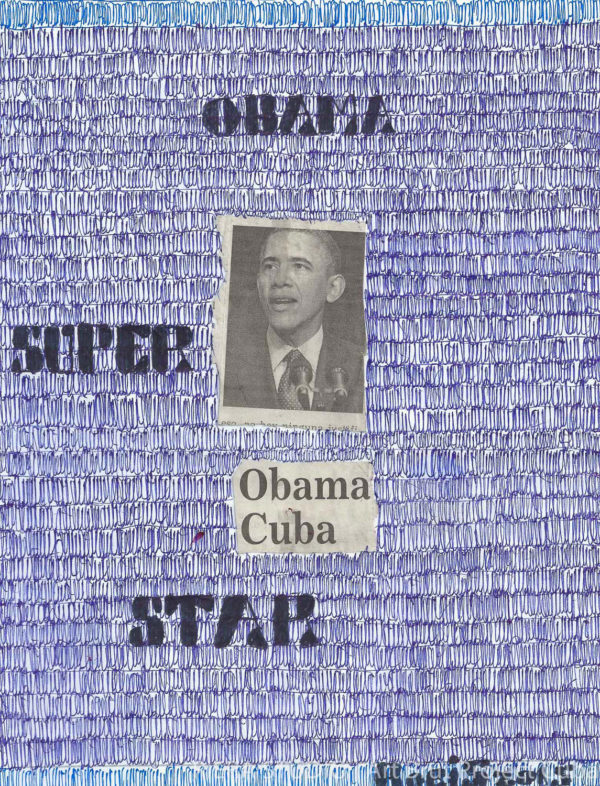 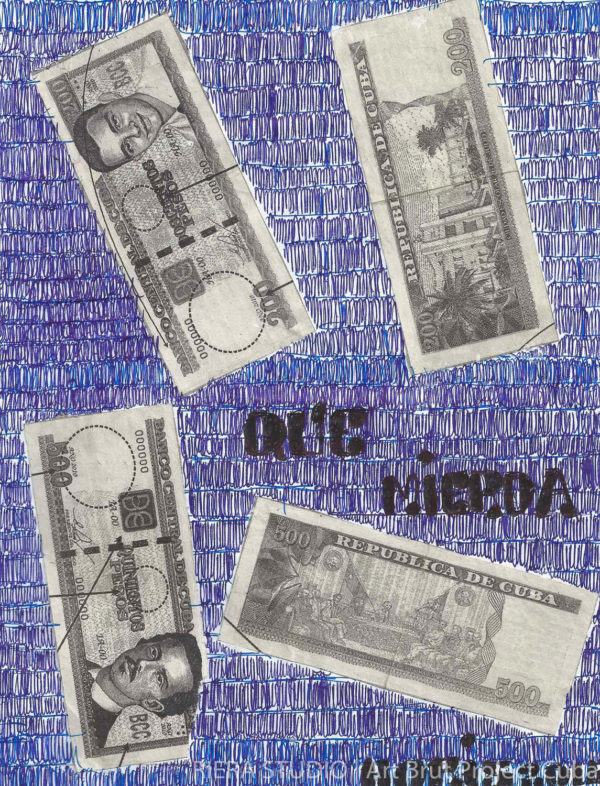 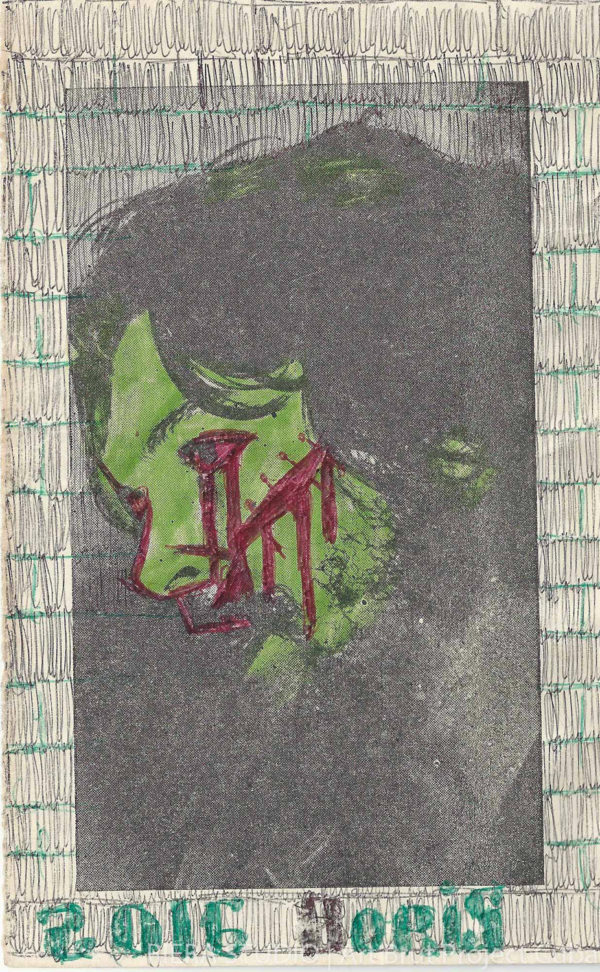 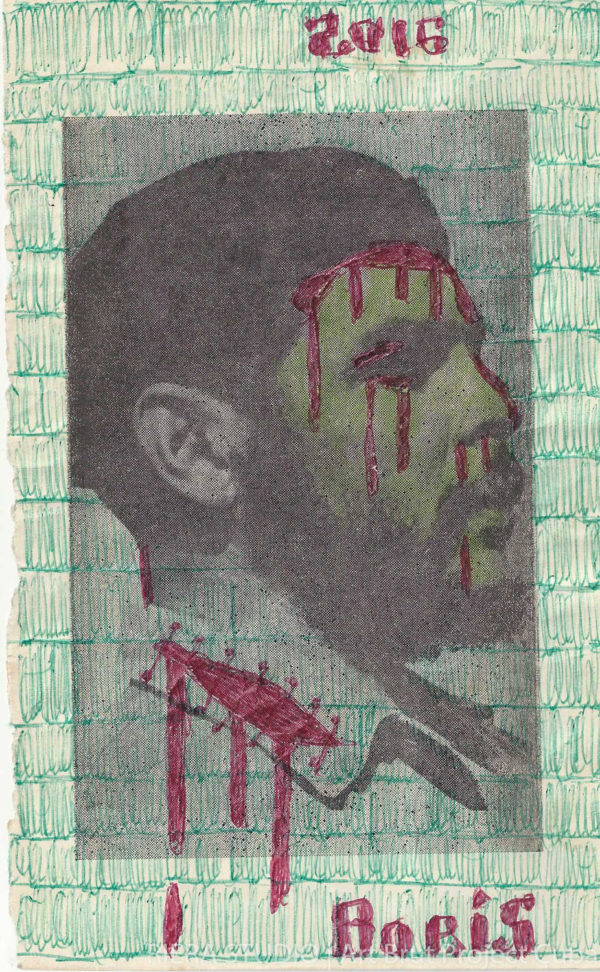 As a teenager, Boris Santamaria led a life of a hippie and followed the Rock / Punk movements of the city. After a conflict with his father he left his family and became homeless, sinking into alcohol and drugs; in 2006 he was diagnosed with HIV. He began to draw at that time. His drawings and photo interventions most often show the faces of men, women and children transformed into evil, aggressive, ironic characters and stigmatized by suffering, blood and tears. The political and social conflicts of Cuba and the world feed his representations. Today, he still lives on the street in Havana, driven by a sense of revolt and rebellion that seems to keep him going.