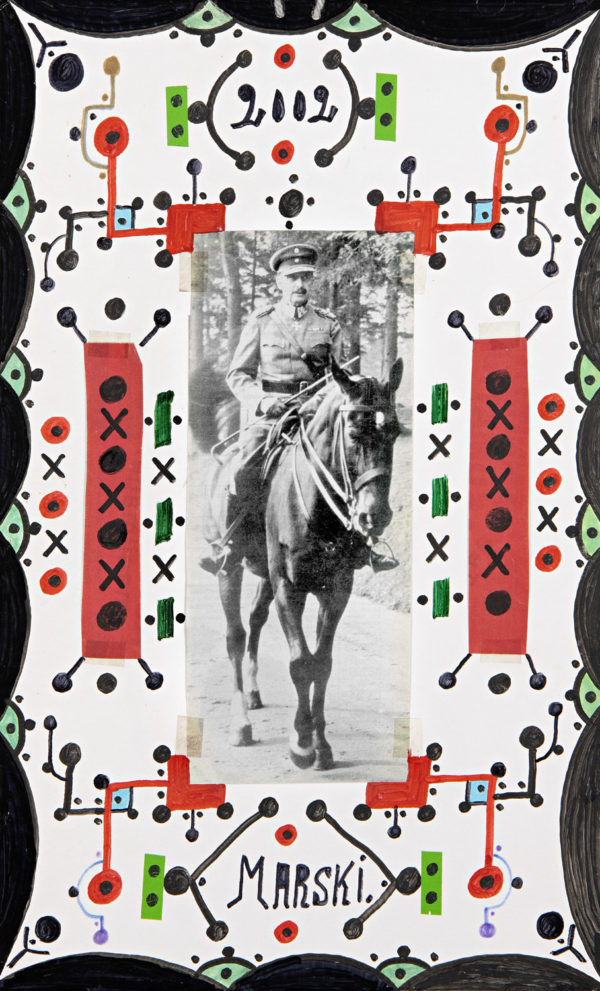 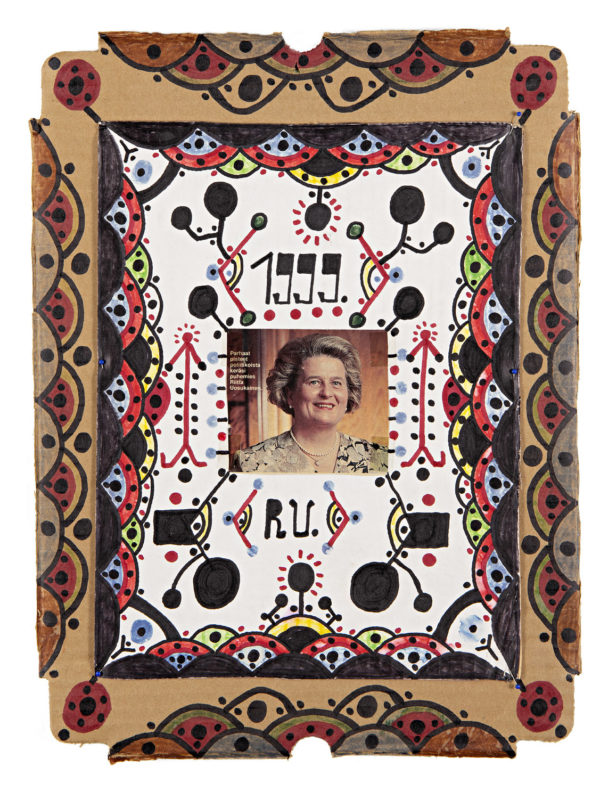 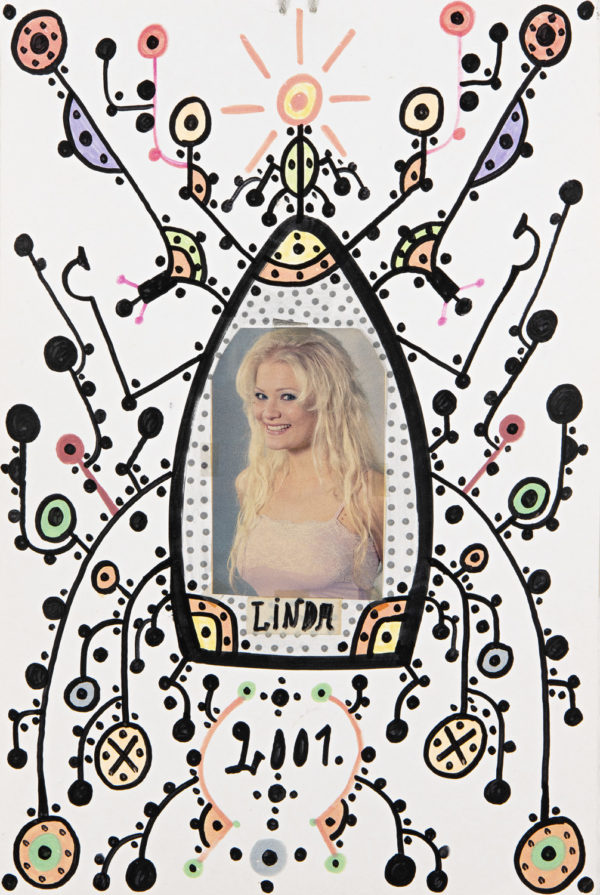 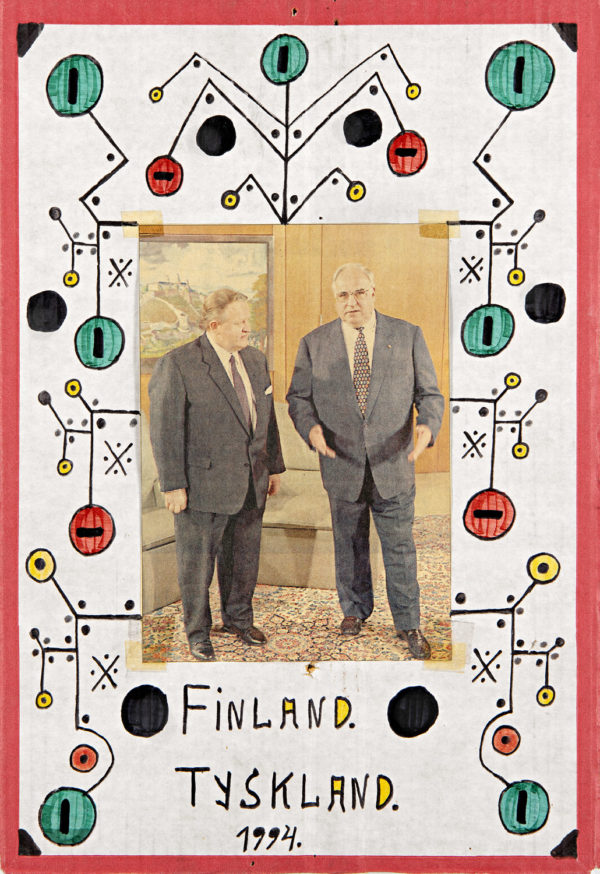 During World War II, when he was only fourteen years old, Ilmari Salminen, who was nicknamed Imppu, moved from Helsinki to Petäjävesi, a small village in central Finland, to help his uncle on his farm. When his uncle died in 1986, Salminen inherited the property. After retiring, he moved into a log cabin lent to him by a blacksmith friend. Little by little, he transformed the small house into a sort of museum, which he called Imppulandia, filling it with a collection of drawings, collages, and objects: army uniforms, telephones, photographs, coins, bank notes, and so on. An entire wall was papered with photographs of women. Salminen covered their bodies with dots of ink. “Now,” he said, “they are vaccinated against all diseases.” He was happy to receive visitors and give them a tour of his museum. In his graphic production, Salminen used news photographs—with a predilection for members of the Swedish royal family—portrayals of politicians, “people,” animals, horse races, and Finnish landscapes and cities. Glued to the center of the sheet of paper, these images are surrounded with rhythmic geometric motifs drawn with colored felt pens. Apparently, Salminen sometimes used a can or an iron to trace a frame around the central image.