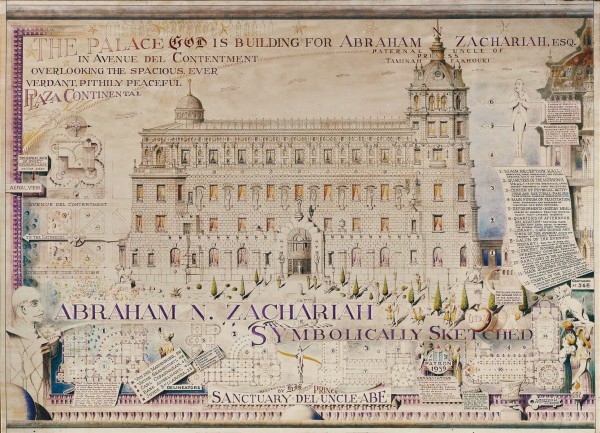 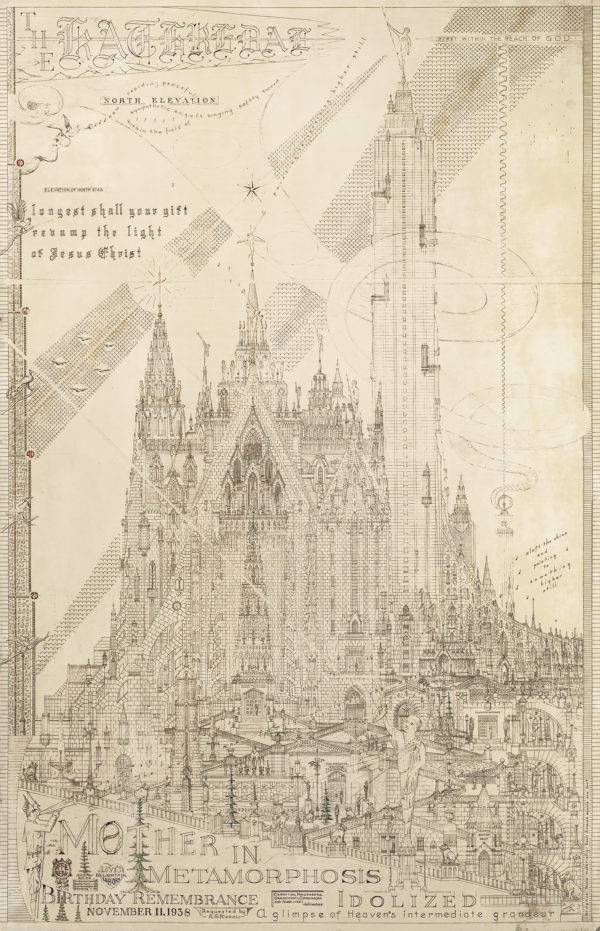 Achilles G. Rizzoli was the latest child in a family that immigrated around 1890 from the Italian Switzerland. After polytechnic studies, he became a draftsman for architectural offices in San Francisco. Without friends, he lived in osmosis with his mother until the death of the latter, then in absolute solitude. This small employee, whom no one noticed during the day, developed during his nights a complex work that includes a multitude of themes and styles, an insistent repetition of words or phrases within the meaning known only to the author, as well as the participation of hundreds of historical and religious figures, calling himself Transcriber and God’s messenger. Rizzoli’s double life began at the age of twenty years with writing a series of novels, most of which have disappeared, with the exception of a typescript entitled “The Colonnade,” published in 1931 on account of the author under the pseudonym Peter Metermaid.

Around 1935, he abandoned writing for drawing. In his “Symbolic Drawings” he transformed the members of his family — especially his mother — in cathedrals and palaces. Subsequently, he carried out two large projects: Y.T.T.E., Yield to Total Elation, in which he developed a personal version of the Universal Exhibition of 1915 in San Francisco, and A.C.E. (Amte’s Celestial Extravag(r)anza), which aims to transform the deceased in the so-called ” Earchitectural Inheritances” — architectural structures sheltering their souls in the afterlife. A.C.E. consists of hundreds of sheets that include not only architectural designs but also poems, biographies of saints and fragments of his diary.