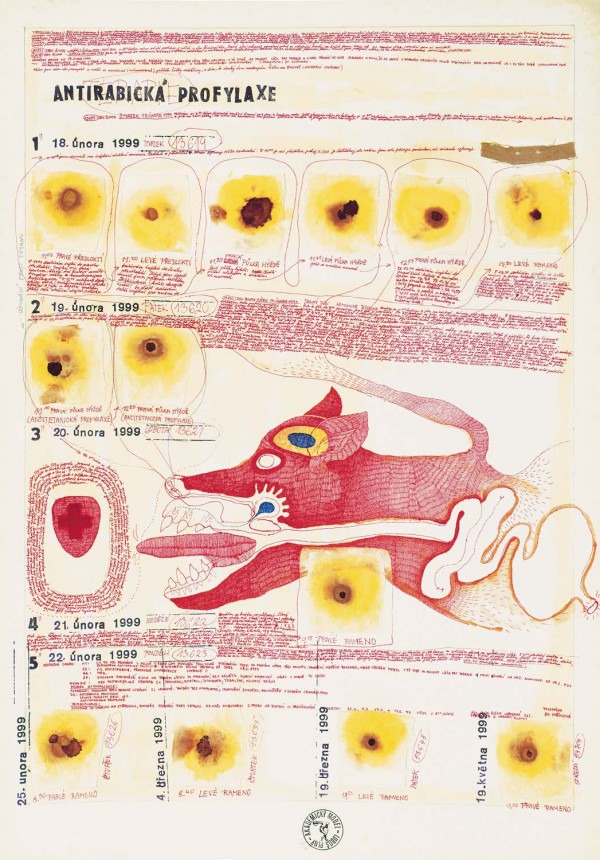 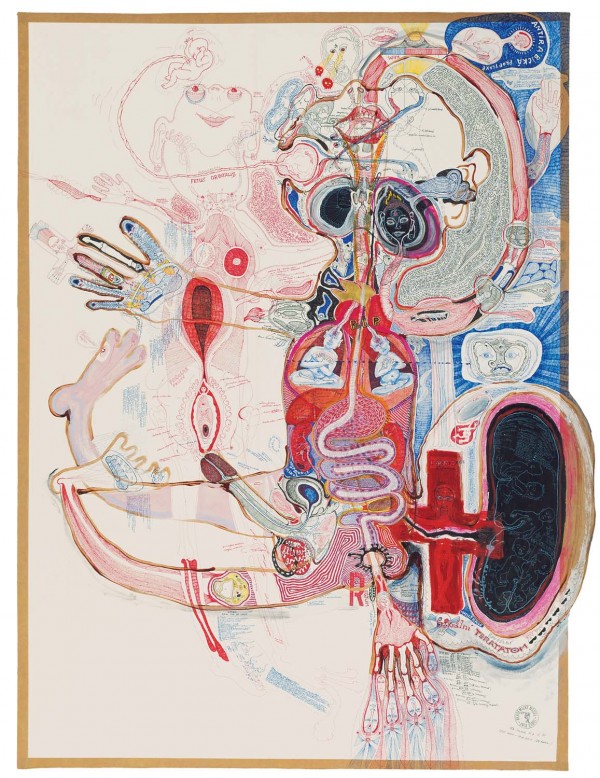 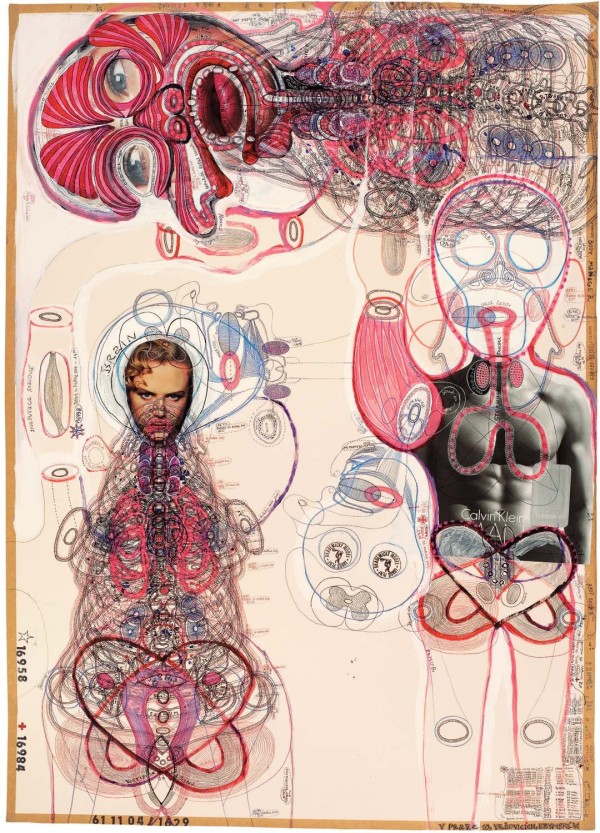 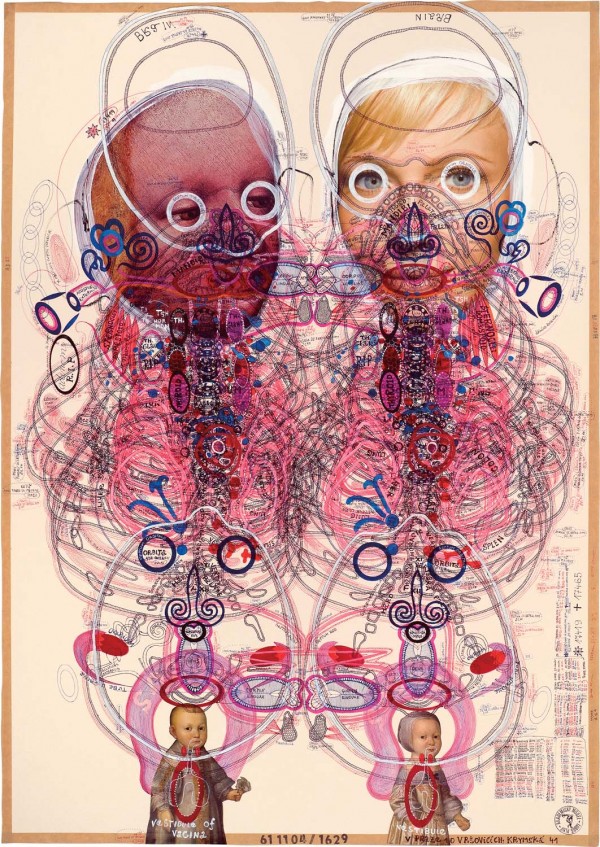 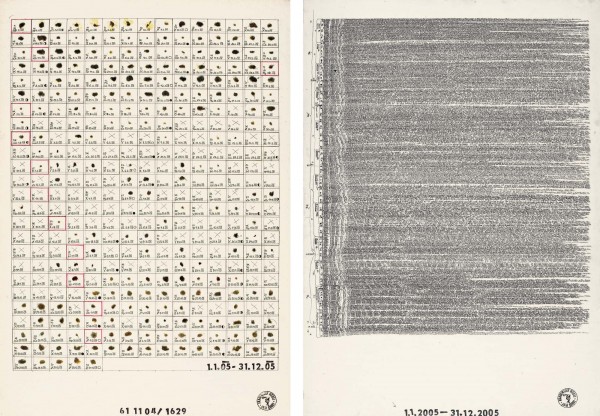 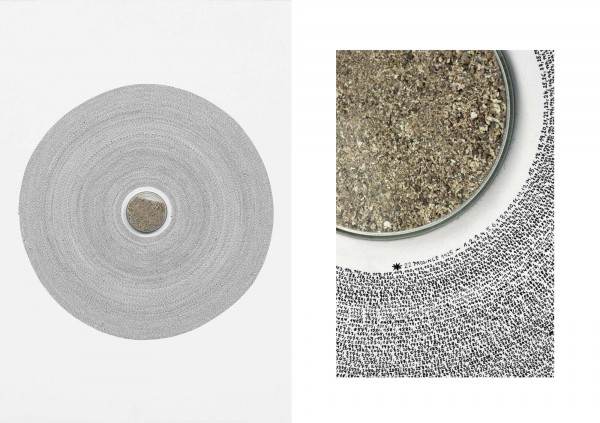 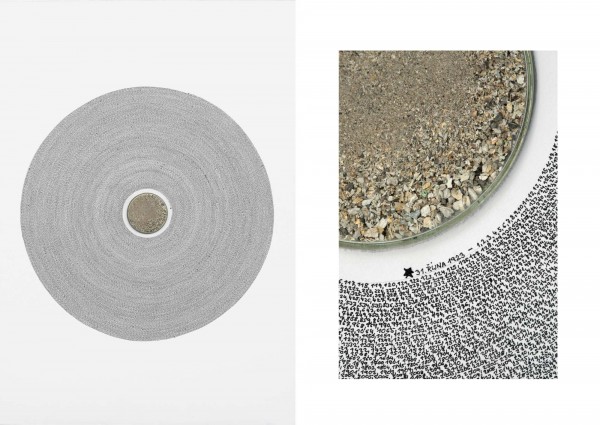 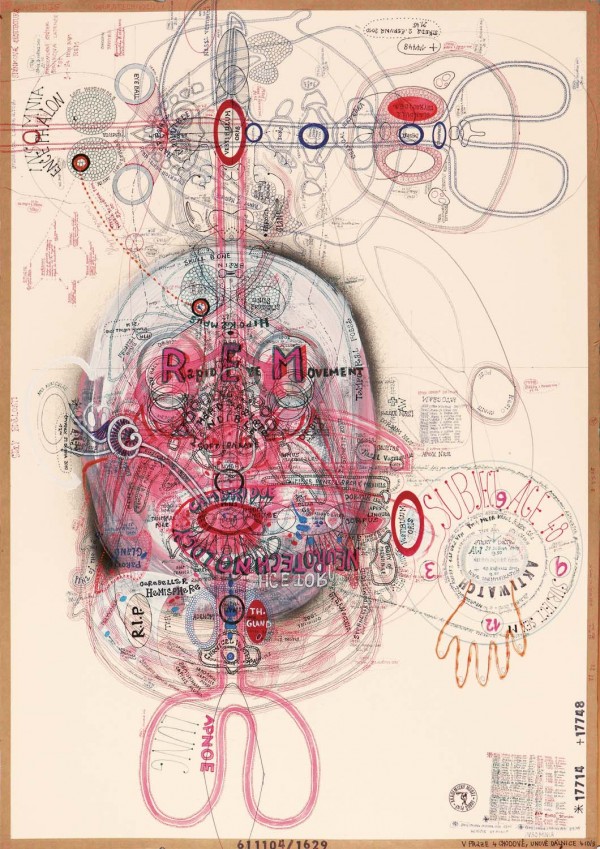 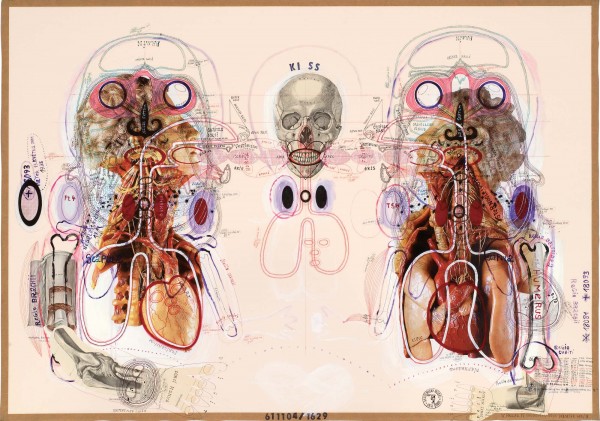 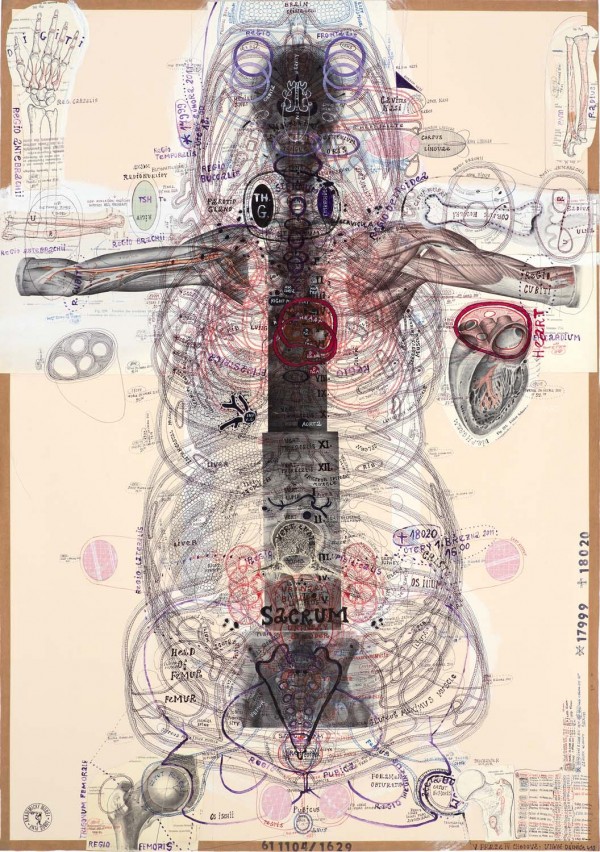 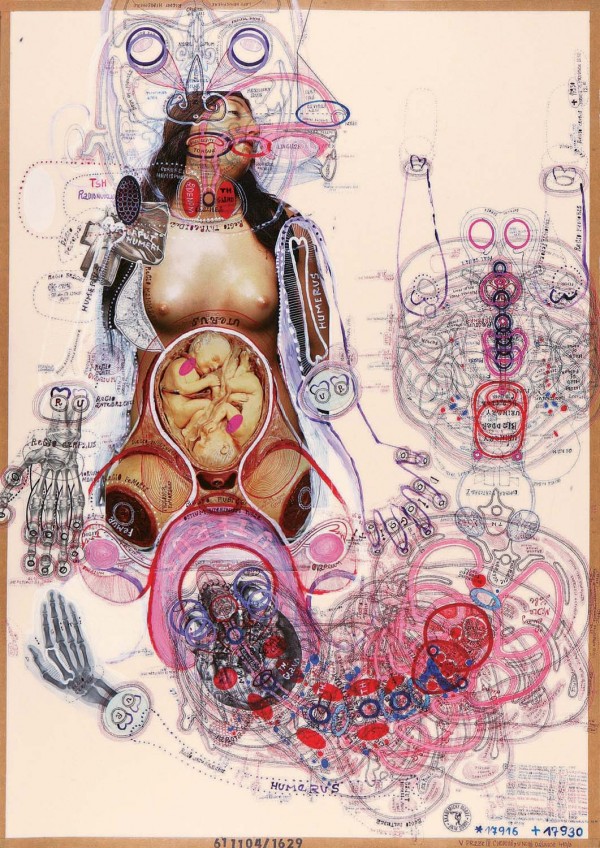 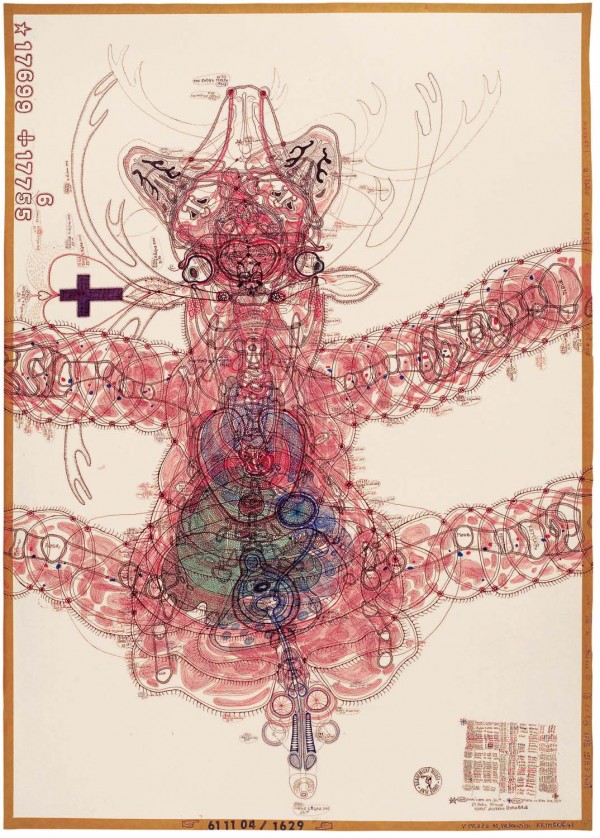 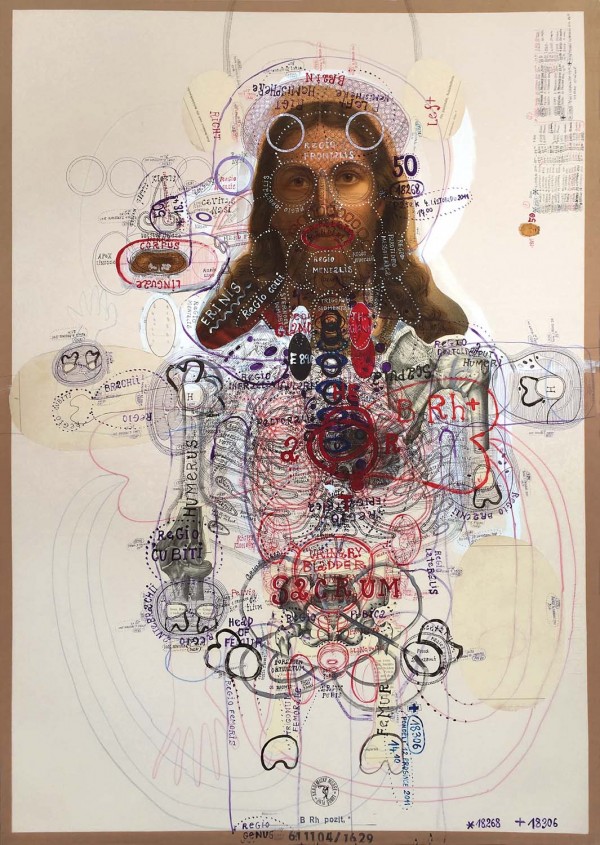 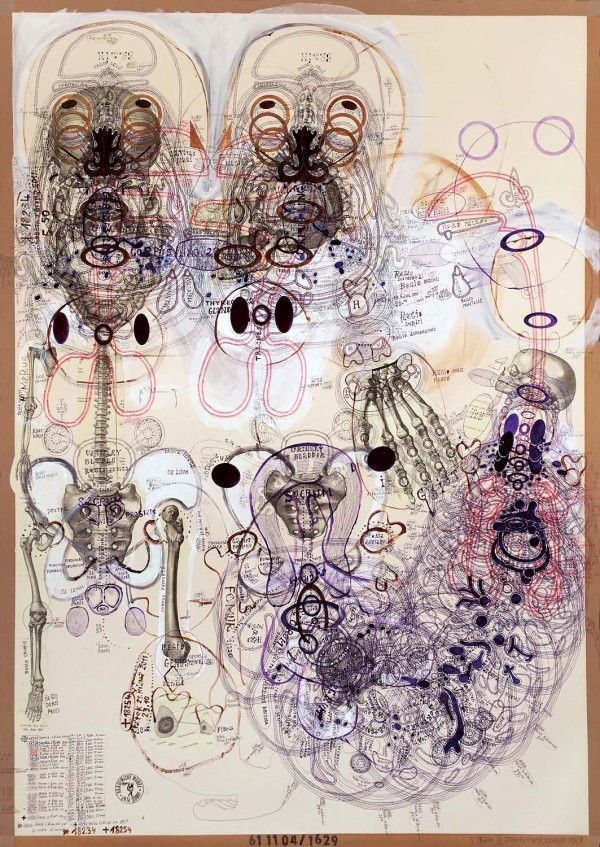 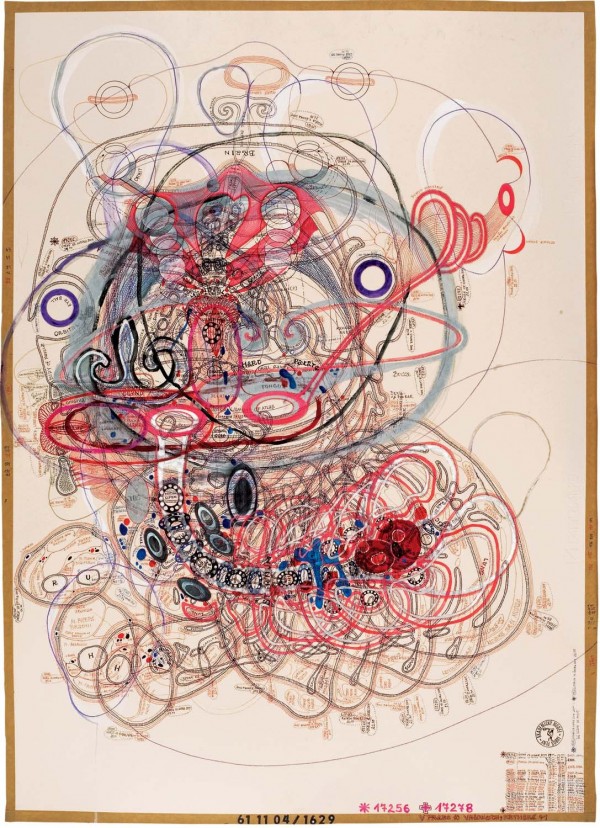 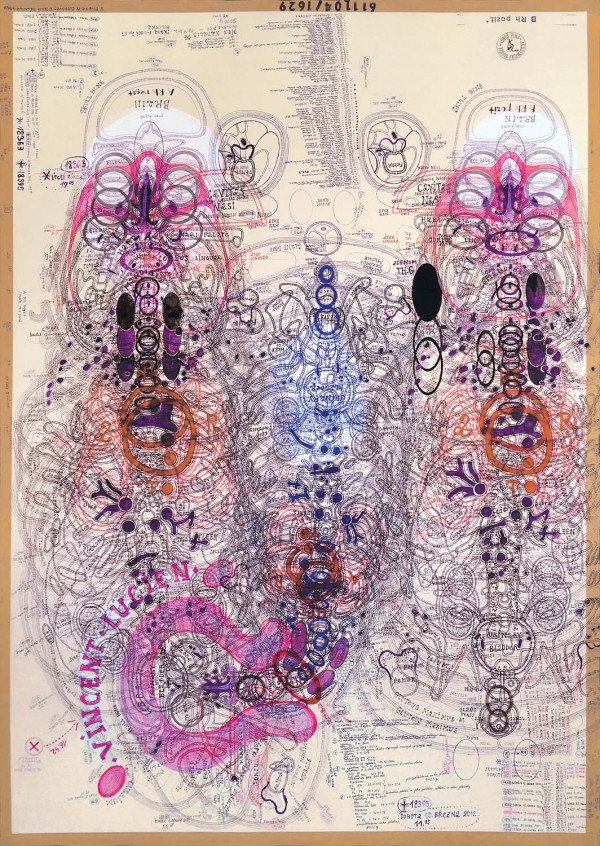 The only son of a possessive mother, Luboš Plný loved draw- ing as a child and was interested in anatomy, dead bodies, dissection, and autopsies. (As an adult, he earned a gravedigger’s diploma.) While he was serving in the military as a young adult, he was diagnosed with mental prob- lems during a medical examination. The illness led to his being unable to hold down a job for long. He worked in many trades to earn a living; however, he dreamed of attending the Fine Arts Academy of Prague. Although he was not admitted as a student, he was accepted as a model in 1989, and, in 2002, he received the title of “academic model” from the rector. Plný is constantly exploring the body through anatomical studies from multiple points of view. His works are executed in ink and retouched with acrylics. He incorporates organic materials (e.g., blood, bristles, hairs, pieces of skin, and sometimes teeth), photographs from nineteenth-century atlases, pictures of anatomical wax models (i.e., the celebrated ones in the La Specola Museum in Florence), and clippings of models from fashion magazines. These images form the foundation for his compositions: the drawing is indirectly constructed around them through interplays of associative thought. He transforms their original context by adding his personal story. Plný situates each of his works in time, writing the date and time when they were started and completed. He also keeps a “retrospective journal” in which he describes his physical state. He lists, classifies, orders, and dissects everything that is around him and could have an effect on him and his body. In the past, Plný has subjected himself to certain rather bizarre experiments, such as sewing his face to his arms through his skin with needle and thread, to feel the intensity of the slightest movement of his head throughout his body. He has photographed himself at every stage of these experiments. Perforating, making an incision and opening the body, and capturing the supreme rapture of the mystical experience—his images bear testimony to the extremely audacious gesture of plunging a needle into his own flesh. Representatives of the 1960s Viennese Actionism movement, the Fluxus group, and other artists used their bodies in the creative process to protest against stifling conservative politics. Plný, however, has a different goal: intensification of the experience of life, accompanied by an almost clinical degree of observation.